This is a short tale of frustration.  Upon hearing that GemRB had been ported to iOS and Android, I rushed over to download.  This is an awesome reimplementation of the Infinity engine used in the Baldur’s Gate series of games.  This excited me greatly, as Planescape: torment and Baldur’s Gate 2 were two of my favorite RPGs ten years ago.  My current Android device of choice is rocking a 1024×600 resolution screen (widescreen) and my iPad 2 is rocking a 1024×768 screen.  Wanting to play some Baldur’s Gate 2, I set about to install and configure it on both devices.  The iPad screen resolution matches my old PC’s resolution without a widescreen patch, so I set about to install to that first.  It turns out you need to install from iTunes, as apple doesn’t allow GPL software on the iPad.  I set about to install iTunes.  After iTunes finishes, it alerts me that I need to delete all the data from the iPad before I can install RubyGM from my laptop.  FINE, I proceed to back up all the data and apps from the iPad and sync to my laptop.  Finally, it starts to transfer the RubyGM binary over to my iPad2 and… failure.  With a generic error code, my time on iPad came to an end.  I’m literally at an impasse, short of buying a mac, signing up as a mac developer, installing XCode, and debugging the install process.  A complete black box. 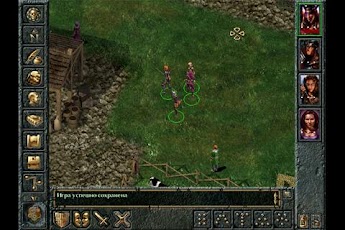 I next set about to install this on my Android device.  First I installed it from the App store.  This worked great.  Then I uninstalled it, and installed from the direct download link on their webpage (so I know my friends with unlicensed devices would be covered).  It works fine too.  Even if it didn’t, there are four separate versions posted up for one to try out, and the android SDK works on all platforms.

End of story:  You can find my iPad on eBay here.