I just unearthed all of my homework from my CS courses from my undergraduate degree (1999-2003).  While assembling the retrospective gif for the previous post, I recalled I had a web page on my school’s csserver back as an undergraduate.  Google confirmed this, but more amazingly it was still serving my hand-written redirect page.  My amazement turned to horror as I realized I had served many a redhat ISO internally, and they were probably still lingering on there.  A quick ssh later, and I’m back in the csserver of my youth.  The account was never shut down, and the redhat ISOs were still there.  I made a quick copy of all the rest of the data, deleted the data from the account, and logged out.  I then realized what I had actually unearthed, a perfectly preserved history of each assignment I had ever completed for every CS class I had as an undergrad (dozens).  Not only that, i had written some simple openGL games for the csserver.  Sitting in the top level of a forgotten web directory was a compiled windows executable for a shitty little Tron openGL game you can download here. 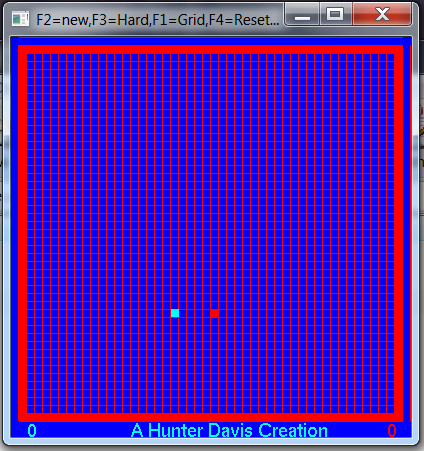