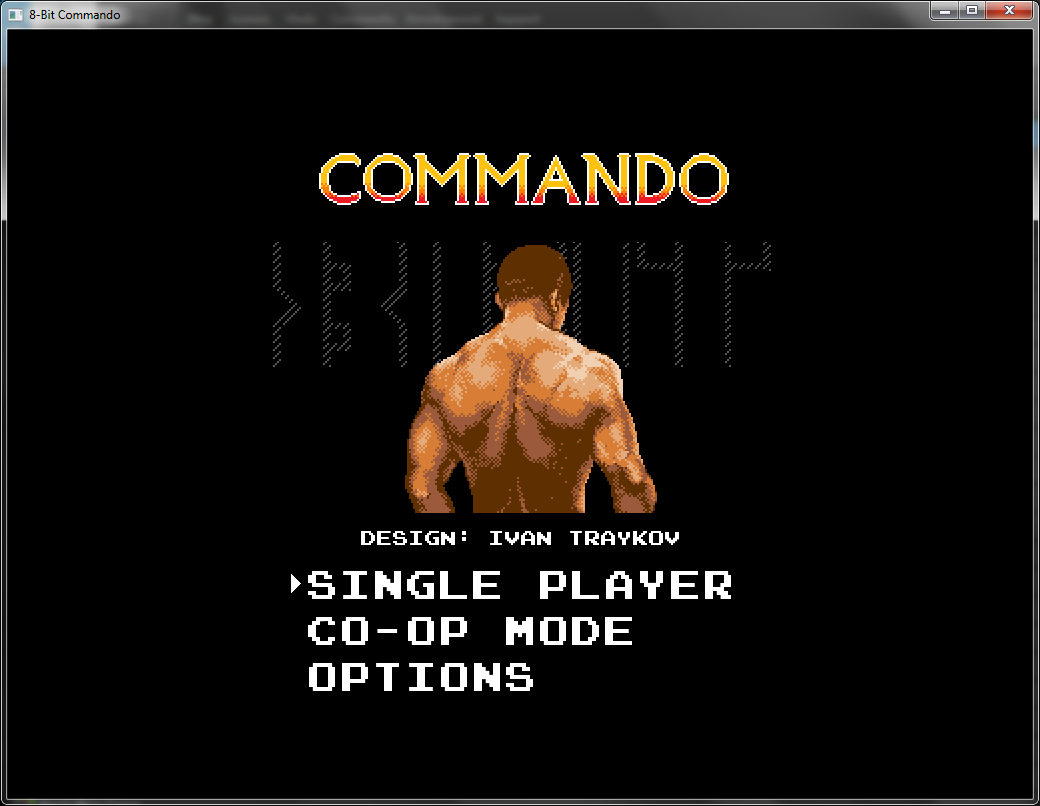 I have absolutely no recollection as to how I acquired 8-Bit Commando. I assume it must have been through one of the Humble/Indie/Mega/Ultra bundles which have become so popular. I’m a sucker for a good bundle, especially if it supports indie developers. That’s also why I installed Desura. While I think Steam’s Green-Light program is great, sometimes it allows great games to slip through due to virtual popularity contests. At any rate, I went in knowing nothing about this game, save for the icon design and the title. The icon looks a lot like Contra. The title hints it could be a Contra clone as well. I assumed that 8-Bit Commando (being a Contra clone) would be punishingly difficult. I was half right.

This game mimics the look and feel of Contra right down to the tomato bullets. But is it hard? 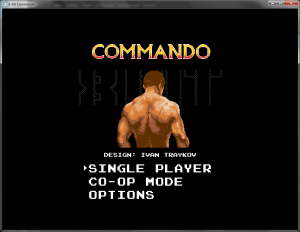 It’s definitely a Contra clone. This game mimics the look and feel of Contra right down to the tomato bullets. But is it hard? Well… kind of. There can be difficult jumps (ugh), but there appear to be infinite continues. Also, you’re ranked online globally when you enter your save scores. (I don’t remember opting into that? Not that I mind but watch out folks that mind.)

As for basic gameplay, it’s one or two levels in before you get any power-ups. You always run at the same speed, and you can pick up health and weapons power-ups from enemies or combustible things. You’re not in for any surprises here, it’s standard Contra fare. 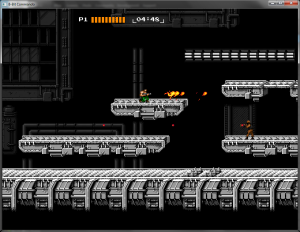 If you’re looking to pick up 8-Bit Commando, I’d ask yourself one question. Do you like Contra?

The levels feel like the 2d portions from the NES, SNES, and GB versions of Contra, all done in the original NES style. If you’ve noticed that every sentence of this review seems to contain Contra, it’s because I cannot stress enough that this game is simply an online-ranked Contra with more respawn points and infinite continues. It’s crazy appealing to Contra fans but won’t jump out at the casual gamer, plus the jumping portions may put off a great many modern gamer as well. I had forgotten exactly how frustrating wide-gap jumps can be. I can take crazy bullet hell. I can take acceleration-based jump puzzles (Mario, Portal, Sonic). A wide-gap jump with no acceleration is simply a test of your ability to jump at the last possible moment. That’s not a particularly fun core game mechanic.

Regardless, there’s some fun to be had with 8-Bit Commando for those of us who don’t live and breath Contra. While I was never ranked above #3000 online, I definitely saw my rank slowly starting to rise as I played. This adds a level of competition to your game-play, and helps to spice up the run of the mill Contra-clone experience. The 8-bit visuals come off as somewhat drab. I wish this was a 16-Bit Commando review. If you’re looking to pick up 8-Bit Commando, I’d ask yourself one question: Do you like the NES of Contra enough to play it again, even after having played Contra 3 on the SNES?

I’d rate it 68%, a decent showing for fans of the Contra. 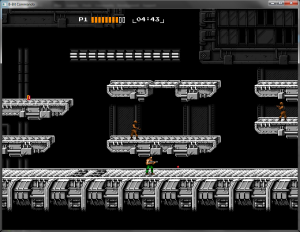