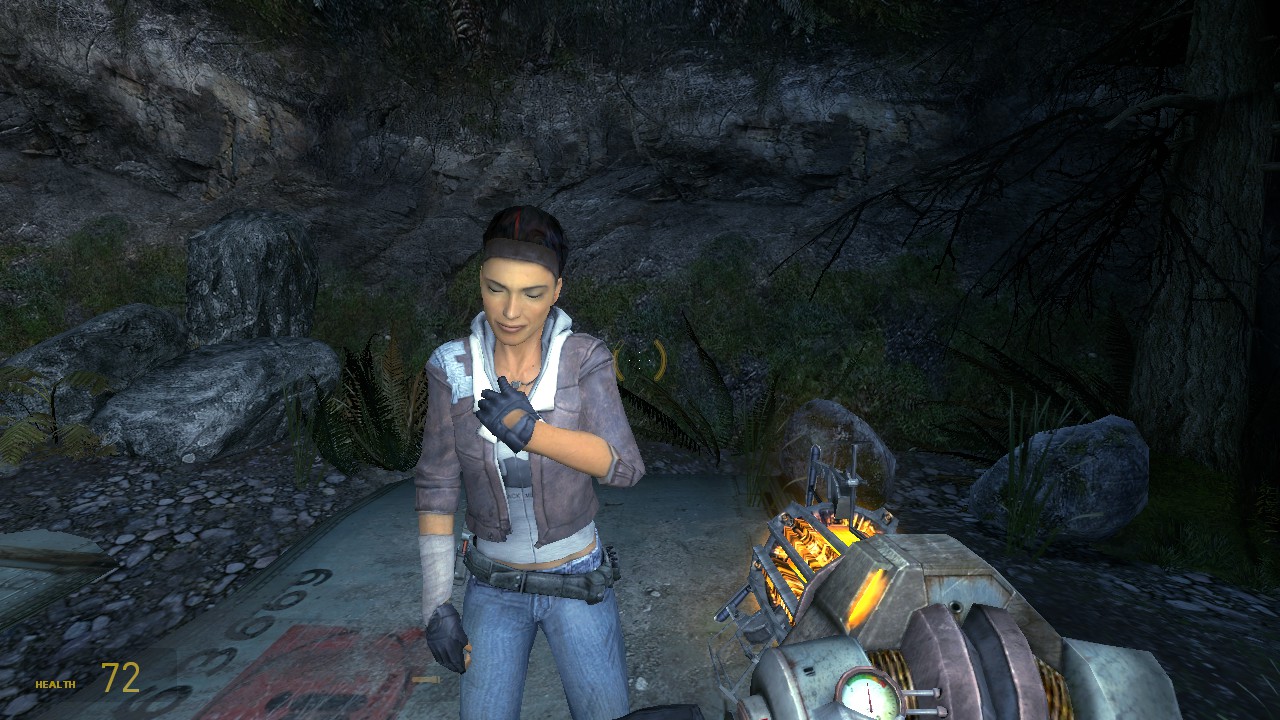 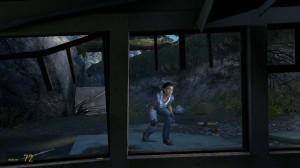 If you read my previous Half-Life 2 reviews, you’ll know I’m a fan of the series. The character development tends to be subtle and adds to gameplay. While the Orange Box only came out about 7 years ago, it already feels like an eternity and I hardly remember HL2:E2. I was obsessed with portal, which was a complete game changer for me. So I played through Ep 2 once or twice, and didn’t give it much thought until now. I recall that like all the previous games in the series, it left me desperately hoping the next episode would come out soon. While I no longer hold out hope for a third episode, I do think a third Portal game is likely. 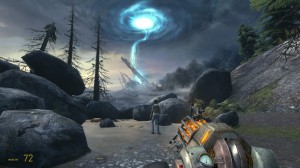 At any rate, I go into Episode 2 having played Episode 1 earlier last week. I don’t have two years of anticipation coloring my expectations. I come into this review with a fairly clean palate. Once again the game begins with Alex, and a bit of a handy recap from last game. In a bit of a nod to Half Life 1, you’re first moments are again on a train. This train however, is wrecked. This gives you your first interaction with Alex, and your first reminder of the beautiful outdoor visuals that became a hallmark of the second series of Half Life games. 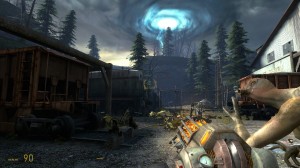 Episode 2 still walks you through a ‘game mechanics’ tutorial, which seems a bit unnecessary but doesn’t hinder the development of the plot. Gameplay progresses quickly as you fall into old patterns. “Use the gravity gun to break boards.” “Throw explosive barrels at crab monsters.” “Use the gravity gun to put X into Y so Alex can fix a computer thing.” Nothing new jumps out at first, but the story progresses at a healthy pace. While Episode 1 was all about interaction with your environment, Episode 2 is more about personal interaction. Much of the enjoyment of the game comes from the interaction of the NPCs between themselves. As you play the ever silent Gordon Freeman, the burden of character development rests solely on the dialog of the other characters. It’s quite good, and features a fair bit of comedy. At this point your character and the NPCs have been interacting with each other for 3 games, and the easy banter makes for an enjoyable atmosphere of affable and occasionally dramatic interplay. 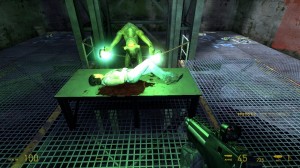 Do these levels feel familiar because I’ve played them before, or because they’ve been in every game since? 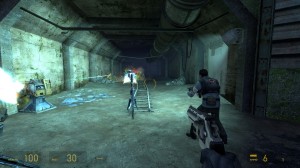 Early on, Alex is hurt and you must venture out in a bit of a convoluted escort mission. It starts to drag a bit, and I got turned around a few times. Considering the relatively short length of the game this is a bit of a shame, but it does give you an opportunity to get re-acquainted with your basic weapon set. This is how the game once again doles out weapons to you, rather than having you start the game with the weapons you finished Episode 2 with. Frankly this “lose all your weapons ever episode” game mechanic is starting to feel a little tired. It boils down to the same formula perfected in Half Life 1 (and perhaps long before). 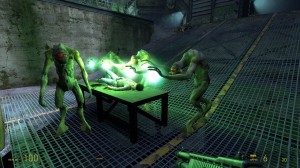 Luckily, the designers of this game recognized the ubiquitousness of this game mechanic and sped it up to the span of a level or so. The same goes for the classic “cave tunnel” level, the ‘last-ditch resistance’ level, the ‘sneak through an abandoned military facility’ level, and so forth. There’s even a bit of tower defense gameplay. It’s almost as if Valve wanted to prove to everyone that they could make different types of games besides Half Life 2. In the years since, they’ve certainly been adept and spinning off franchises in a variety of genres. Was Episode 2 the last hurrah of the Half Life series? 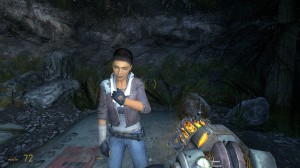 It’s really hard to say this far out. Playing these games in 2013 still feels like you’re playing a modern game. The graphics (especially inside buildings) are beginning to show their age. Some of the levels had me quite turned around. At least twice I was completely lost. This is a feeling that I’ve long since lost while playing modern games. I’m not even sure it’s a bad thing. It’s just, it feels a bit anachronistic. With modern games tending towards automaps, compasses, and linear gameplay, a bit of confusion isn’t so bad. Would a modern Half Life game still so dramatically affect the genre like the Half Life and Half Life 2 did? 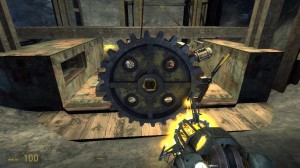 The question really becomes, “Do these levels feel familiar because I’ve played them before, or because they’ve been in every game since?” That’s not to say it’s a bad game, oh no. It’s a great game. It’s worth playing through simply for the rich interaction between the characters. 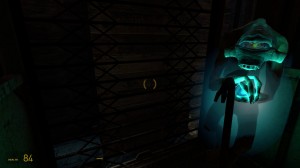 So if you’re thinking about playing through Episode 2 for the first time, I’d certainly not dissuade you. It’s a great value along with Portal and TF2, and delivers the last great Half Life game to be released. I give the (presumably final) chapter in the Half Life: Episode 2 series a solid 80% B rating (by modern 2013 standards). It’s a solid game that is just showing a few cracks with age. It doesn’t bring anything new to the table that wasn’t in Episode 1, but it’s still a solid game. If you can still pick it up for a few $, it’s definitely worth your time. 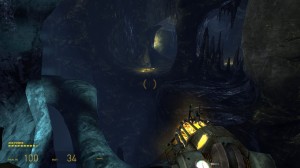