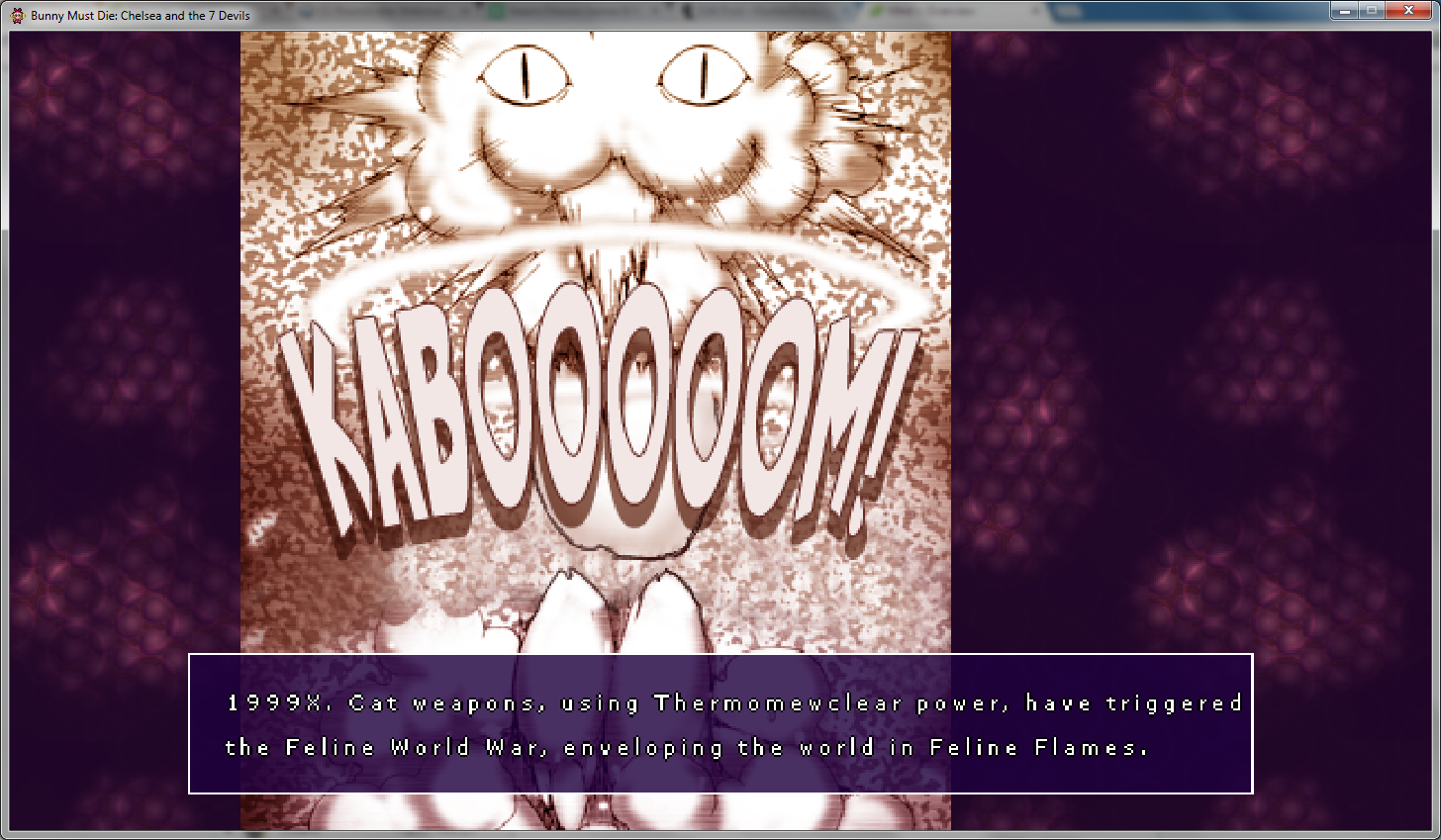 I’m plugging my controller in for this one. Bunny Must Die is a retro platformer with an anime style and a difficulty level set to ‘classicly hard’. I remember reading an article about this before it came out. It proclaimed the return to platforming glory, a new golden age of platforming games, heralded by a crop of excruciatingly difficult games (a few of which I’ll cover in my Steam games list), and also featuring one over the top anime platformer. Here we go. 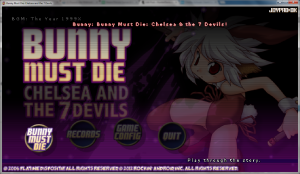 It appears that this game has been re-released, having first appeared back in 2006. The interface would have felt right at home back in the Playstation era, and the cartoony graphics and late-90s graphics add to the retro aesthetic. The plot itself is goofy drivel. It’s playful, and more than a bit nonsensical. It doesn’t really affect the gameplay. 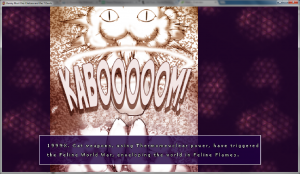 The game itself starts out in a bit of a confusing way. You can’t walk to the right, only the left. At first I thought my controller configuration was off, but it’s actually part of the gameplay and quickly remedied. It reminds me a bit of “DLC Quest’ (which I loved and is #12 on my indie game review list.) The controls can feel a bit stiff at first, but fans of 16-bit era metroid games will settle into them quickly and find them reminiscent of days long past. 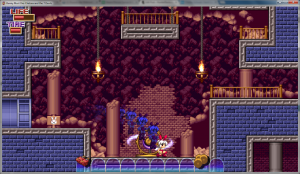 The gameplay itself actually shakes out to be a mixture of Castlevania and Metroid (a true Metroidvania game.) You collect power ups via capsules ala Metroid, and the weapon sets and aesthetic is purely Castlevania with an anime twist. 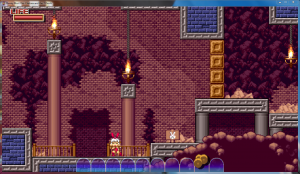 There’s also a bit of ‘Prince of Persia’ at play. Very early on you’re given a ‘time stop’ power, which is essential to your survival. There are save spots sprinkled throughout the levels, which is good, though a bit too sparingly for modern tastes. You’ll need ever save spot you can find. There’s quite a bit of platforming at play, and the enemies soon begin to crowd your screen with bullets. 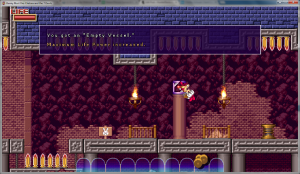 Much like the seminal ‘Symphony of the Night’, you’ll find a boss fight rather quickly… and you’ll probably get your ass handed to you. This is a game that wants you to grind a little, find those power ups, level up those stats, and step correctly when you fight a boss. This is the prototypical ‘Metroidvania’ experience. Much like in Symphony, with a little bit of timing and planning you can easily defeat the first boss straight out of the gate. You just have to think about strategy. 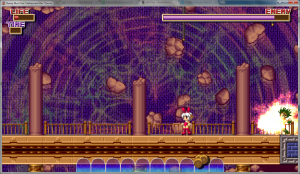 Beating that first boss nets you your first pair of dash boots (oh Metroid, I’m gonna have to play you again soon). The game progresses quickly from there. A classical mix of exploration, destruction, and power-up hunting ensues. 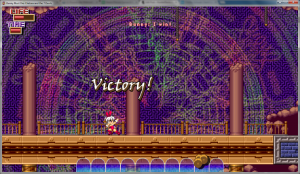 If you’re looking for a good Metroidvania experience, and you don’t want to shell out the additional 3$ for ‘Rogue Legacy’ (or have played through it too many times), ‘Bunny Must Die’ is a great way to spend a weekend. It’s perhaps not deep enough for its 10$ price tag, but it often pops up in sales and in bundles (The Indie Back to School bundle had it last). If you can pick it up for a 5$, I’d say do it. For 10$ your money is better spent elsewhere (perhaps on an actual Metroid or Castlevania game.) I’d give this game a solid B, 85%. Its irreverent humor and classic gameplay style kept me smiling throughout, and the visual style is fun and lighthearted. Support your local indie devs! 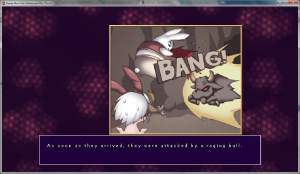