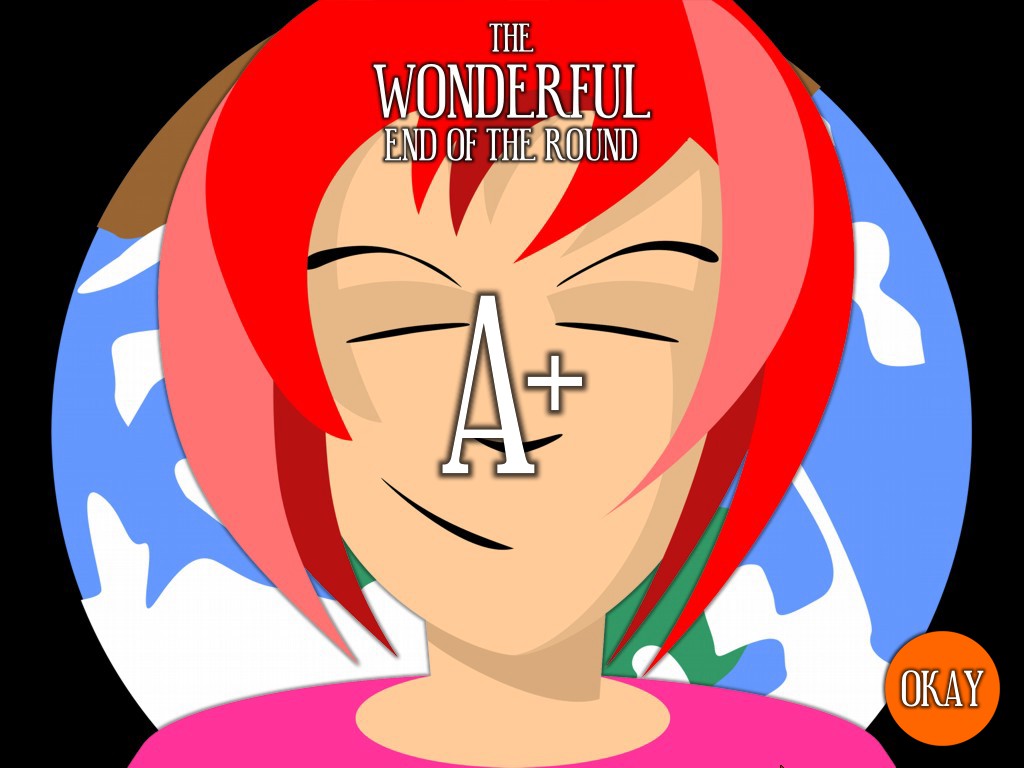 Did you feel like Katamari Damacy was too short? Did you feel that you could have rolled through more levels, stuck to more things, gotten bigger more times? 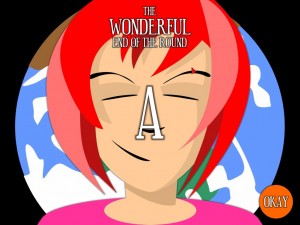 I know I did. So when The Wonderful End of The World was released, I had to have it. And honestly, it’s pretty good. I’ve played through it a couple times, and I’m looking forward to this review. If you’re looking for a TLDR it’s this: If you liked Katamari you’ll like this game. 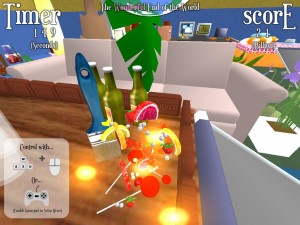 That’s the short of it. The long of it is a nod and an enhancement on a game idea set forth by Katamari. The ability to play on a PC (without an emulator) was one of the big reasons I purchased this game. It still works without complaint on my “somewhat modern” PC, so in that respect it’s still a success. 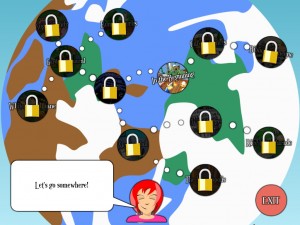 The Wonderful End of The World (TWEoTW) is an indie-game take on Katamari Damacy. That means the overarching story isn’t as cute as Katamari, and the soundtrack isn’t quite as vibrant. I mean really, the Katamari Soundtrack was one of the best game soundtracks of all time. TWEoTW’s soundtrack sort of fades into the background, which is fine. It’s distinctive enough, and it doesn’t mar the overall experience. It’s adequate. 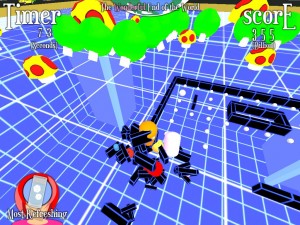 The game itself is amazing fun. It’s perhaps a bit short, which is a complaint I had with Katamari as well. Perhaps these titles provide more difficult to program than people expect? Hard to say. Still there’s something missing that I can’t put my finger on. It could be the pervasive cruelty that subtly colors the interactions in Katamari. I continually receive A’s and A+’s in TWEoTW. The King of the Cosmos never gave me a score above “awful.” Somehow that was better? Weird. Anyway. 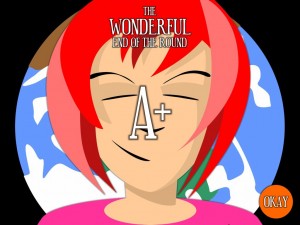 The level design is excellent. There’s a retro level that will have you rolling up Pac Man, Tron, Centipede, Spy Hunter, and various other retro game characters (and level pieces, and vehicles, and floor tiles, etc.) 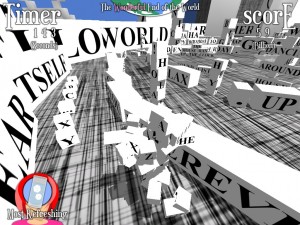 There’s one level, I call it the “Scrabble Level” as it reminds me greatly of swallowing up a set of scrabble pieces. Well, maybe a few sets along with a couple of sets of magnetic words. It’s terrific fun, and it’s one of my favorite levels of any game I’ve played in this review series thus far. 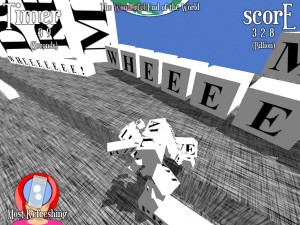 At 9.99$, I’d recommend upping to 14.99$ and getting the Dejoban games pack which includes the excellent ‘Aahhh’ (which is later on my games to review list). If you already have it, I’d think about your love of Katamari. Do you want to play Katamari in many other levels and scenarios? If so, a 10$ bill for this game might not be a bad deal for you. I certainly got my money’s worth out of this game. I’d rate it a solid 88% B+. It’s not as long as I’d like but I do love it as a game. For me the scrabble level alone was worth it. It’s a clone sure, but a clone that I could love.