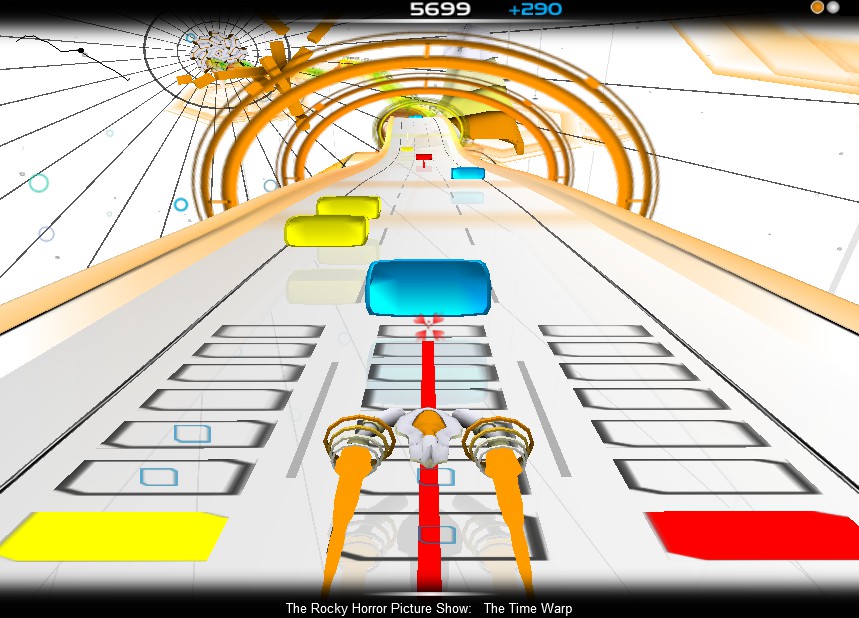 Back in 2008 when Audiosurf was released, I was hungry for a music game. This is long before I worked at a music game company. Long before Rock Band stopped making weekly releases. This was smack dab in the middle of Guitar Hero’s popularity, 2008. I had seen previews for Audiosurf, a casual game where you fly through tracks created by your music. The idea of not paying $1.30 per song to enjoy some music sounded very appealing after having sunk way too much money into Guitar Hero content packs. Was it all that and a bag of chips? 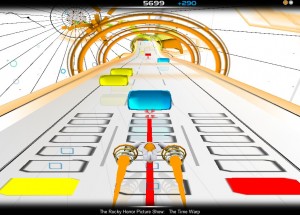 Audiosurf starts out simply enough. Select an MP3 file from your computer, and go. You start out flying through a 1000 foot view of the upcoming ‘track’ (pun intended, hehe.) The tempo and rhythm of each song translate into the hills and valleys that you’ll be “racing” though. I say “racing”, but it’s really more of a puzzle game ala Tetris. 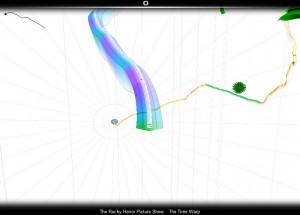 Yes, Tetris. The various game modes have you sliding left and right while you barrel down the track, running into then depositing colored blocks into the various level-up slots that trail behind your vehicle. 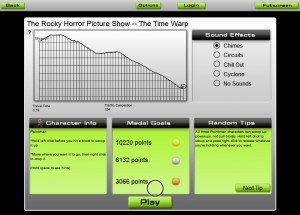 That’s not to say that it’s not a good puzzle game, it’s just not particularly deep. Each game mode is a small twist on the classic “collect-3” format, and it adds a bit more meat to the thin broth that is Audiosurf’s main gameplay mechanic. 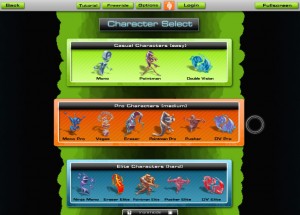 On the other hand, a game doesn’t have to be deep to be good. Five years later I still find myself loading up Audiosurf to play a quick round. It’s not just about the gameplay (which isn’t too much more than an interactive visualizer.) It’s about the feedback. After each track you find out how well other people throughout the world did on that particular song. Finding out that you’re not likely to ever be the first person to play through a song is a bit of a humbling experience to a music connoisseur. It’s a reaffirmation really. There are other folks out there that share the same musical tastes as you, and they’ve also shared the same gaming experience as you. 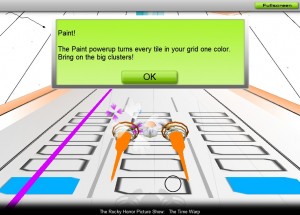 Is that enough to recommend Audiosurf for purchase? That depends. Even if you like puzzle game mechanics and music-based gameplay, the 9.99 price tag is a tad hard to swallow. Considering this is a 5 year old game, I would have though the price would have dipped down to the 4.99 level permanently by now. It often comes up on weekend sale, and is a much easier recommendation at a discounted price. My rating? 80%. It’s enjoyable fun that will keep you coming back every once in a while, but it’s 5 years old and not quite meaty enough to still command the 10$ price tag. 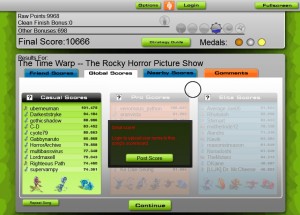