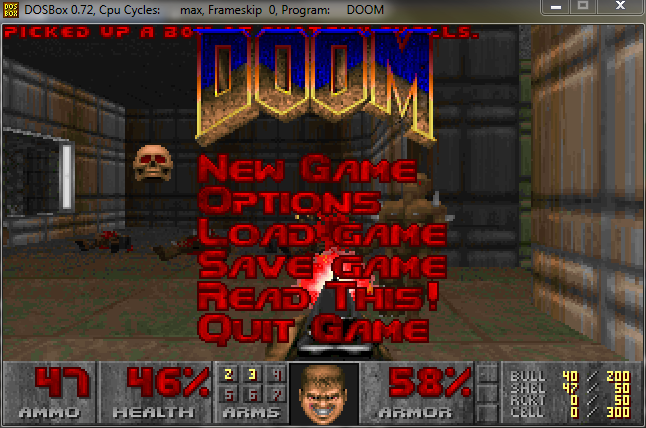 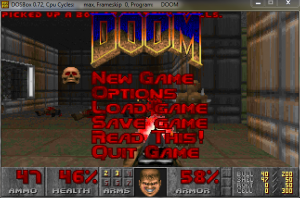 I was but 12 years old. I had received the shareware diskette of Doom from a gaming magazine, and it was about to change my life.

You see, I had never played Wolfenstein. Before Doom I had mostly played King’s Quest and Scumm type games on my parents 386 pc (or Gold Box games for C64 further back.) This was to be the disk that brought so many first for me. 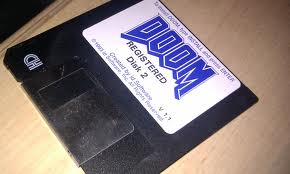 This was my first time paying for shareware.
I was but 12, but I knew I had to have the full version of Doom. I had played through the demo disk levels (3.5″ floppy) so many times I was ready for the full experience. I wanted to see THE SPIDER DEMON. I remember that being a big thing. Back before everyone had the internet your gaming knowledge came from magazines, word of mouth, and the guys at the checkout counter at the software store. So I knew I wanted to beat the spider demon, but I had no idea what it was all about. And when I got there? Totally worth it.

This was my first mail-away game purchase, and the first software purchase not made at a big-box software store (remember Software Etc?)
When I was growing up I was quite cash poor. I would save for months and years on end to purchase NES games (or SCUMM games from Lucasarts for my parents 386 PC), which I would play again and again. Weekly. Daily. For years. So games were very important to me growing up. They helped an emotionally fragile boy acclimatize to a young life of constant transition. New school, new friends, same games. My one constant. My games.

That means that every dollar had to count. I had to know, for certain, that if I were stranded on a desert island I could play this game for the rest of my life. The shareware portion of Doom had lived up to that high expectation, and I was sure the full game would as well. 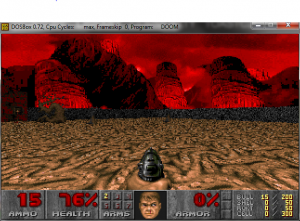 This was my first time installing a mod.
Back when I was 12, I had only ever programmed in Basic. I was good at math, and knew all about DOS and how to navigate the file system, but I had no knowledge of what when into games. Decades before I wrote games for a living I dreamed of what it would be like to write games. The power to create anything, change anything. Doom was my first dip into that swirling pool of freedom.

I remember very clearly playing through the entire game with a Dragonball mod enabled that would change the sound effects and graphics to be from the Dragonball anime series. This was so mind blowing to me back in the mid-nineties. I was awestruck, completely absorbed in the game. That’s the feeling we all strive for in gaming. Complete immersion. Living in the moment. That was Doom. 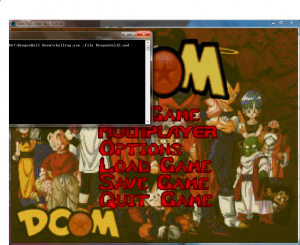 Doom Levels was my first CD-ROM Add ON Purchase
Again back before most of us had the Internet things were quite different. If you wanted a set of mods or user created content levels for a game, you’d either have to: 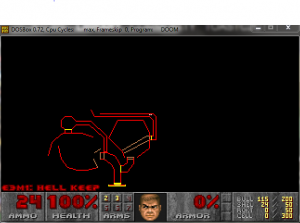 I took the latter route. In 1994 or 1995 I purchased a set of 900 modded and homebrew levels for Doom on a CD-ROM. One of these levels was Star Wars themed, and it set off my love affair with Star Wars FPS games. This was shortly before Dark Forces came out, because I remember thinking that the designers of Dark Forces had just “ripped off” the user created levels when I heard about the game from a friend. Months later when I finally had a shareware copy of the game in my hand I realized how wrong I had been, but news and games travelled slowly back then. 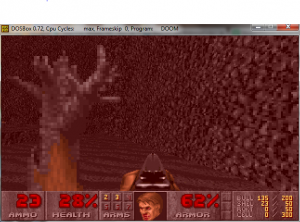 This was the first PC game I replayed more than 5 times.
I had played through and beaten Kings Quest 5 and 6 a couple of times I had played through most of the SCUMM games a couple of times. I thought I knew what was up with PC gaming. I had no idea what was coming. Doom, with it’s strong modding community, creepy atmosphere, and life-altering “3D” FPS gameplay kept me drawn in for a long, long time.

This was my first FPS experience.
Somehow I had missed the boat on Wolfenstein 3d. I imagine my parents didn’t want me running around playing “Nazi Killer.” At any rate, when I first sat down to play Doom I was transfixed. I hadn’t yet played Eye of the Beholder or Ravenloft. I hadn’t yet played faceball 2000 or Flight Simulator. I had only played a few PC games, and nothing like this. This wasn’t anything like what I had played on my NES. This was new, transformative. This was the future of gaming. The fuse that lit a ten year explosion of FPS gaming.

So here’s my review.

Pretty well, but not in the way that you’d think. Doom has become, almost cutesy. Howso?

First off the ambiance. What used to be shocking (Satanic symbols in video games! Red Pixels!) now seems quite retro and harmless. 20 years have not been kind to Doom’s “fear factor”.

Secondly, the sounds are laughably bad by today’s standards. You’ve got about 10 of them total, and most of the soldiers death sounds remind me of cow grunts. 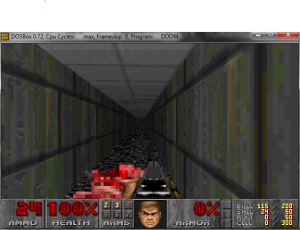 Finally, the inability to aim up or down makes the game feel laughably dated. You’re literally aiming on a 2D plane.

Luckily the game makes up for it by being a blisteringly fast thrill ride… most of the time. The fact that you’re only aiming on a 2D plane means you’ll be hitting your targets twice as fast. Those cow grunts start to become a herd when the enemies are coming fast and furious, and those are sounds that you’ll never forget. Doom, no matter how quaint it seems today, is an experience that you take with you forever. 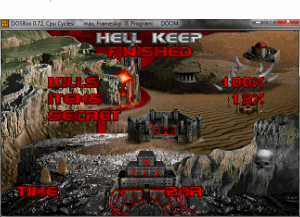 I attempted to locate the seemingly mythical Dragonball Doom mod I played oh so many years ago. Getting ahold of these mods is now made quite a bit more difficult, as many of them were apparently hosted on Geocities. Ugh. Thankfully ModDB had it up with a free DOOM clone, so no need to purchase the game if you’re only planning to relive some classic mods. 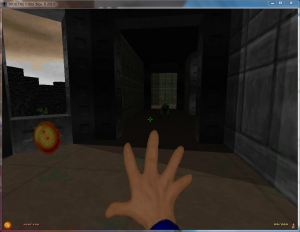 There’s certainly less hand-holding than in modern games. If you die, you die, and your weapons are gone. You respawn instantly, and move at about 60mph on foot. It makes for an incredibly fast paced, fluid experience that shouldn’t be missed by the modern gamer. While the 14.99$ price for the Doom classic pack seems grossly overpriced, it often goes on sales of up to 80% off on Steam. For 4-5$, this is a seminal gaming experience that you shouldn’t miss out on because of its dated aesthetic. I’d still rate it an 80% in 2013, a classic experience even for modern gamers.