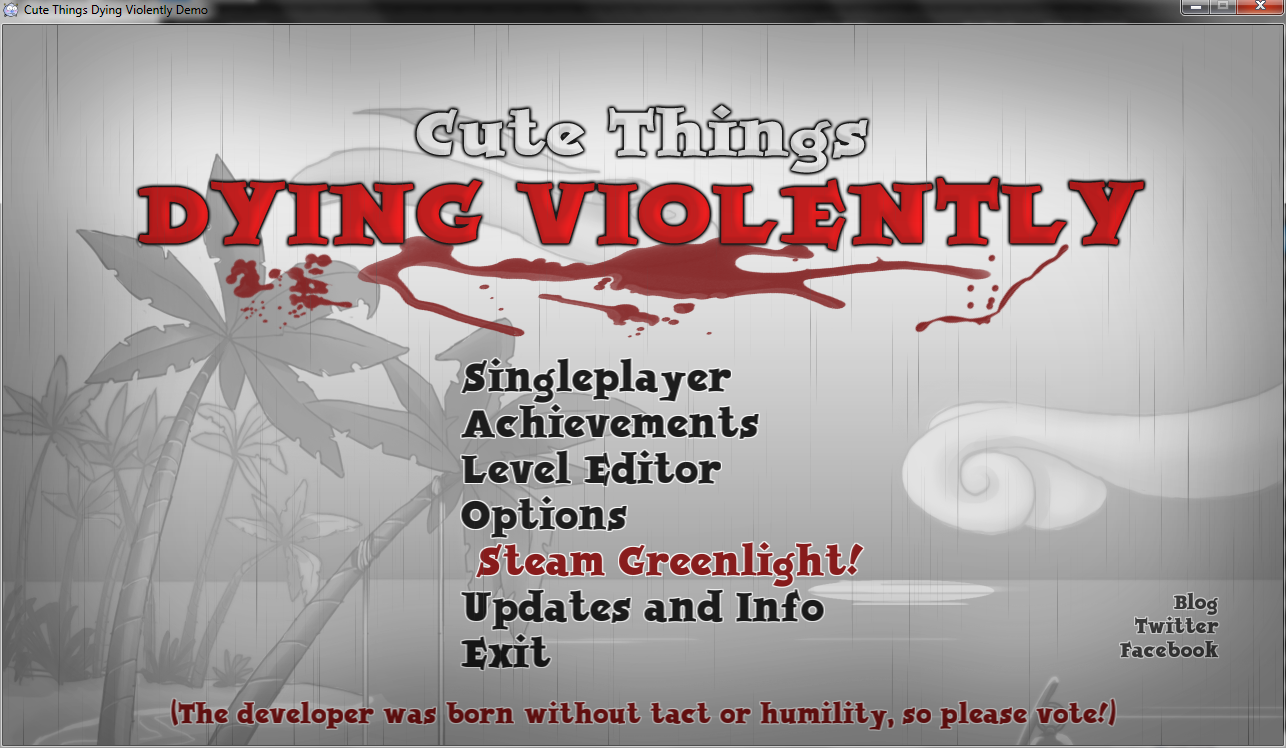 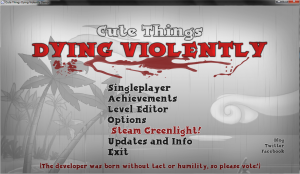 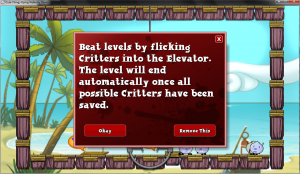 The premise of CTDV is easy enough to understand. “Flick” your creatures up to the goal post by selecting them and dragging a “slingshot” away from them. That’s where the Angry Birds gameplay comes in. Anyone who has played one of the Angry Birds series will be intimately familiar with this mechanic. The twist is that your creatures, rather than sitting statically at the starting point, are constantly walking around. That’s where the Lemmings gameplay comes in. All of these elements work, and blend together to make an interesting mix of puzzling elements.

Then there’s the traps, and that’s where the game’s title and a bit of my ire is earned. As you’re flicking your creatures towards the goal, or various puzzle elements, you’ll naturally miss. Missing means that you’ll likely hit a spike or a buzzsaw, and you’ll watch your creatures explode, violently spewing blood across the screen. 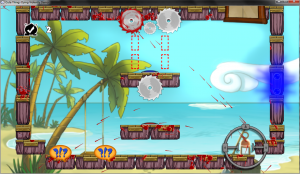 Certainly you can see why this game rocketed up the XBLA charts when it was released as part of the (now defunct) XBLA indie games/XNA studio developer program. It combined a popular game mechanic with buckets of poorly animated cartoon blood. This can be fun in its own right, and certainly can add an extra level of artistic flair to a game that needs or warrants it. 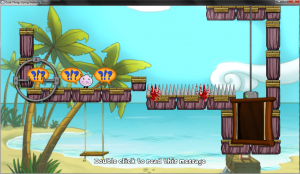 For CTDV though, it really isn’t necessary. Perhaps that’s the point, but I think the game can easily stand on it’s own merits. Your creatures could just ‘pop’ and disappear and it wouldn’t detract anything from the gameplay. What it would detract from perhaps, is its marketability to an audience who isn’t likely to purchase an angry birds game, but may purchase a game where extreme violence is inferred from the title and promotional material. It’s a Trojan horse, but an unnecessary one. The game has plenty of visual flair, and I almost wonder of the buckets-of-blood aspect was added at a later date, after the game was nearing completion. Drench an almost-finished puzzle game in enough blood and sell it on branding alone, then hope they get hooked on the gameplay and come back for more.

Perhaps that’s a bit jaded. I know this is a fresh developer, looking to break in and make a name. It was a bold move, and it worked. I would just like to believe that it wasn’t necessary. That the game could have stood out simply via a fresh take on the ‘fling-a-thing’ genre. That we live in a world where marketing isn’t everything, and people care about ideas. That there’s a benevolent mass of Kick-starting, open-sourcing, thing-flinging puzzle junkies who would have bought the game without the exploding animals. Seems unlikely, now that I see it in writing. 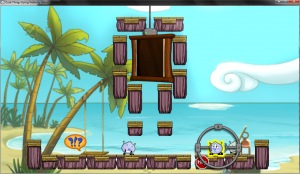 In the end, I didn’t get sucked into CTDV like I could have, but I can definitely see the appeal of the challenging puzzle-oriented gameplay. I’d rate it a 75%. While rough around the edges, it still provides enough variety and gameplay to keep you coming back. The addition of a level editor adds further value and the ability to create some truly devious levels, if that’s your thing. If you’re on the fence and hesitant to fork out 2.99$ for an (extremely modified) Angry Birds variant, you can also still pick it up for an very budget friendly 1$ on Xbox Live Arcade.