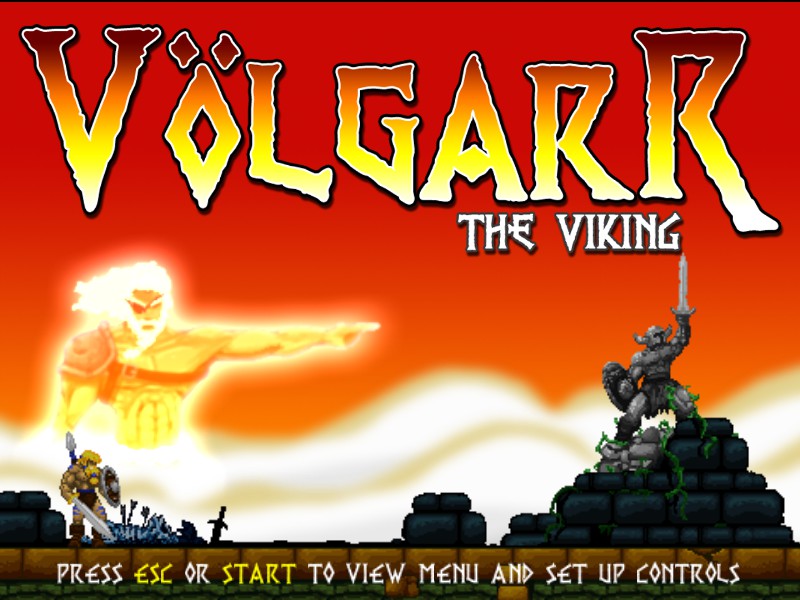 I just spent two straight weeks of playing Saints Row 4 (so good, so so good.) After fully completing the game, I had a few realizations. The first: I haven’t reviewed a game in a while. Second: There’s no need to number my reviews, as the spreadsheet is numbered and public. I’ll know how many reviews I’ve done via the spreadsheet, and the post titles will be shorter and easier to search for. Here’s the first of the ‘unnumbered’ reviews: Volgarr the Viking. 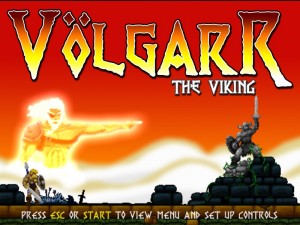 I was a Kickstarter backer for Volgarr and for the past year have been getting teasers and development updates for the game. The screenshots reminded me of games like Magic Sword and the sidescrolling DnD titles, both of which I loved. So I was very ready to play this game, even with GTA5 looming in the background at all times. 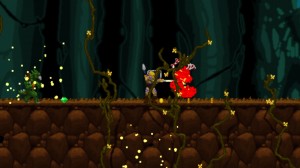 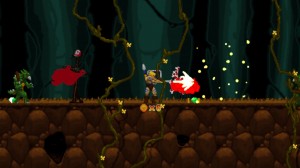 If you are interested in a really hard game, Volgarr has a lot to offer. The music is great. The graphics are great. The game feels like it has been plucked straight from a late 1980s arcade. There’s a bit of blood, and many many ways to die. 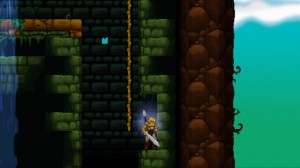 The constant death reminds me of “They Bleed Pixels”. Why then did I only put 3 hours into Volgarr while I put 20 into They Bleed Pixels? The answer lies in the save mechanics. They Bleed Pixels is most certainly a harder game, but it gives you the option of setting a checkpoint whenever your super meter fills up. This means you can drop a save point immediately before a difficult platforming section. In Volgarr, you restart from the beginning of the level. Not only that, but you restart from the beginning of the GAME every time you play. That’s right, this is in every respect a very difficult arcade game. 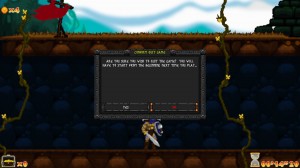 In a way, this game made me feel my age. Not in that it reminded me of the games of my youth. Oh no. This game made me feel old because the difficulty level is cranked up too high, and I don’t have the patience to deal with it. I’d rate Volgarr a 70%. I want to love it, the graphics and sound are just about perfect and the controls are nice and tight, but the game is so difficult I have trouble even getting through 4 levels. That’s coming from a guy who nearly beat They Bleed Pixels, did beat Dark Souls, and played through Ninja Gaiden in its every incarnation. I’ve been around the block with difficult games. Now you kids get off my lawn!