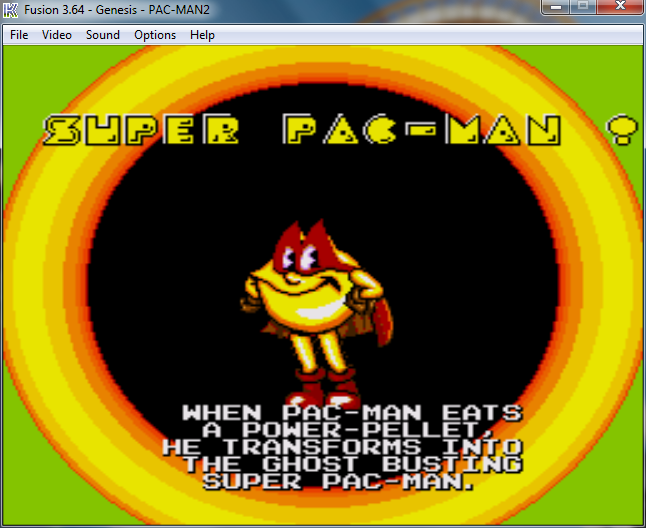 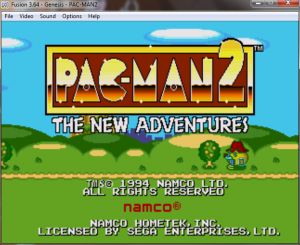 Sometimes you’re digging through a bin at GoodWill /Macklemore Style/ and you pull out a game covered in crud for a buck. A bit of cleanup and you’ve got my latest find, Pac Man 2: The New Adventures for the Sega Genesis. Was it worth the dollar I paid? 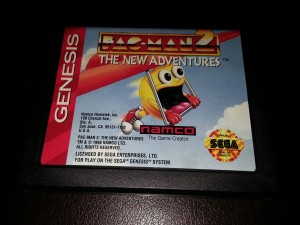 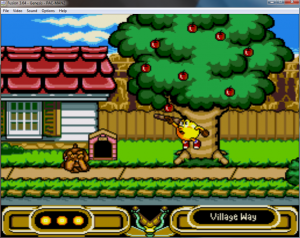 This game would feel right at home on a tablet. You’re never interacting with Pac Man directly, you’re only firing various bullets to get his attention. This is a game mechanic that came to prominence almost 20 years later, and for a reason. 20 years later we had the appropriate hardware to interact with an environment full of objects in an intuitive way. A genesis controller isn’t the best way to interact in this way. That’s not so bad though, it’s just a bit clunky. 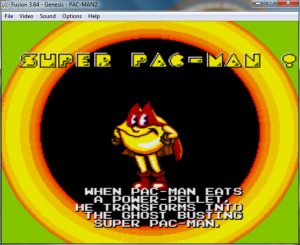 Honestly if that were the only thing working against this game it would be a pretty decent nostalgia trip. The cartoony graphics hold up well even two decades later. Pac Man’s transformation to “Super Pac Man” really highlights the power of the Sega Genesis and almost look plucked from a cartoon. The background music is a charming mix of 16-bit chiptunes. Even the sound effects are passable. There are two minor warts in the presentation. The tutorial is a bit painful (something that 20 years later we’re still struggling to do well), and the save system is password based. 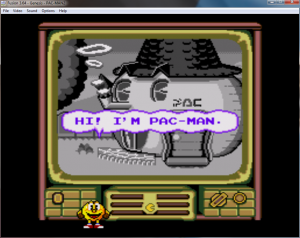 Those quibbles are not the killer though. The killer is Pac Man himself. He ignores you. He may as well be following his own script. The game is at its core a variation of the point-and-click adventure game. You click through objects, attempt to point Pac Man into various situations, and watch as Pac Man does his thing. It would almost be a linear experience, if it wasn’t so frustrating. It’s like the game designers had grandiose visions of an artificially intelligent Pac Man. Perhaps too they actually created a truly intelligent being. Sadly, the one they created is a bit of an asshole. This game could have been a fun and inventive take on the console point and click, instead it was a dismal stain on Namco’s good brand. I’d rate this game 40%, fatally flawed. 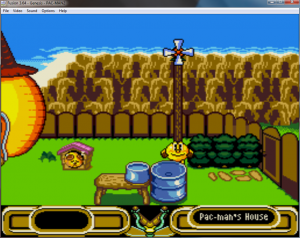