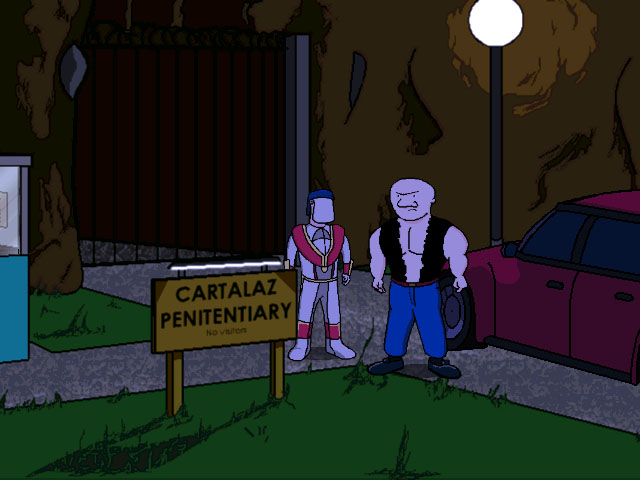 Da New Guys:Day Of The Jackass (TNG:DOTJ) is an indie point and click adventure with an interesting style but some fatal flaws.

If you’re like me, you likely picked up Da New Guys when in a bundle. It’s a (very) indie point and click adventure game. As someone who cut his teeth on the classic Sierra and Lucasarts games of the 80s and 90s, I was looking forward to a romp down memory lane. And it was, somewhat. The voice acting is… less than stellar. (Just because you can do it in one take doesn’t mean you should.) The character design is generic, but the animated style reminds me of Dr Katz (a good thing.) Really, it feels like it’s based off a webcomic. Why? I constantly feel like the game is making subtle character references that go right over my head. That or the author(s) just don’t know how to engage a player with interesting characters. 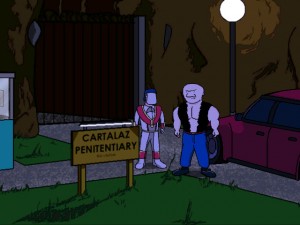 First ding, the settings don’t appear to actually do anything. Setting the game to run in windowed mode does nothing. Frustrating. Second ding, the save games don’t actually save the state of your game, they are more like level saves than anything. On the plus side, there’s a fair amount of gameplay to be had. While the puzzles start out as linear “click-along” affairs, the complexity starts to ramp up a ways in. And that complexity may be enough to sustain you, if you’re a fan of the genre and can get past the characters.

For me, there are only so many hours in the day. I never felt like I connected with any of the characters in TNG:DOTJ, and the plot was never engaging. The characters are smarmy and unlikeable. The protagonists are a (fairly nonviolent during gameplay) wrestling team. That’s not to say there isn’t violence, and there was at least one puzzle that felt vindictive and mean. The protagonists live in a sort of “Beavis and Butthead”esque universe, but without any of the biting social commentary and subversive writing. 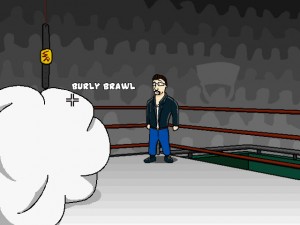 That’s not to say it’s a bad game, per se. It’s got some things going for it. The overworld map recalls the Money Island games, and there is some wit to be had in the writing. The authors describe it as taking place in a ‘cartoon world’, and some of the cartoon violence is well used to comedic effect. There’s a couple of mini-game esque moments to be had as well, and fans of the genre will be thrown back to the early 90s with some of the interface elements. There’s a fun nostalgia factor in play, it’s just not quite enough for me. 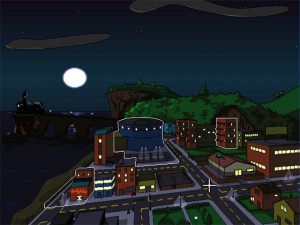 If you got this game on the cheap and you’re a fan of adventure games, give it a shot. It’s not likely going to be one of your favorites, and you’re not likely to complete it, but you may get a few hours of good times from it. If you’re looking to purchase it for 9.99, you’d better be doing it to support an indie developer on principal. You won’t get your money’s worth on this game. Perhaps at $1.99 things would be different. I rate it a 66%, nostalgic but kind of boring and not very engaging. Only worth it to fans and diehard fans of the genre.