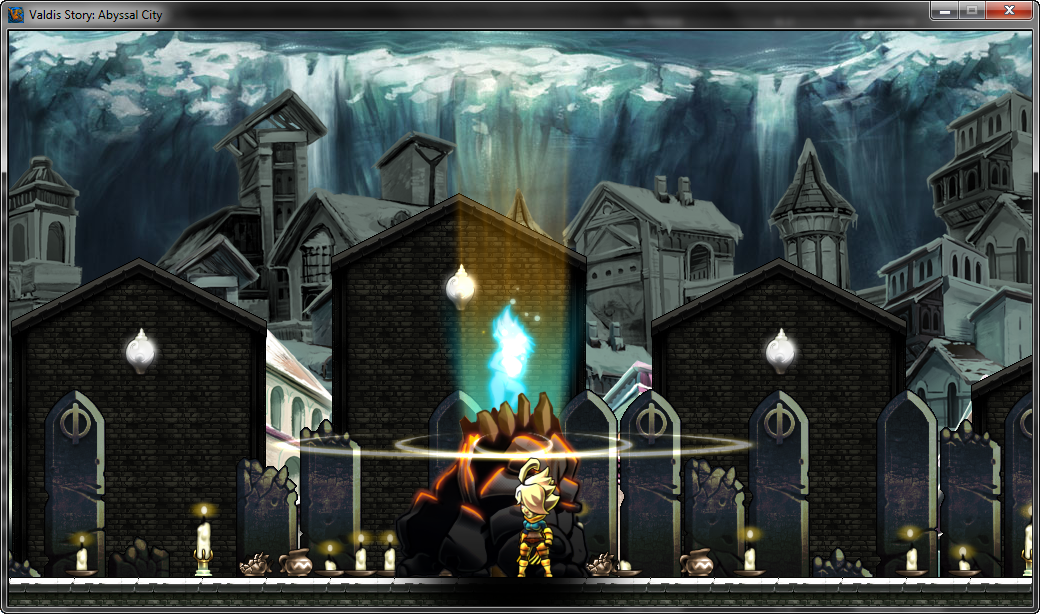 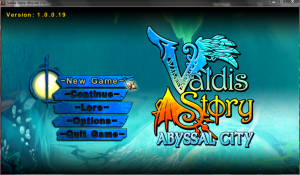 Valdis Story Abyssal City (VSAC) is an extremely well done indie MetroidVania game set in a beautiful post-apocalyptic world. I was a Kickstarter backer of VSAC, and was immediately attracted to the combination of classic platforming, exploration, and beautiful graphics. Does the game hold up as well on release? 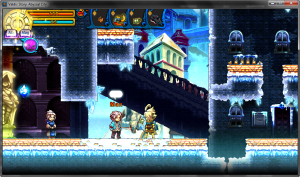 First off one thing is clear, this game is polished. The presentation is gorgous, and the post-apocalyptic world of angels, demons, and human cities beneath the sea is fun and engrossing. It’s a fully flushed world with interesting characters and a gorgeous aesthetic. The visuals alone are worth the 14.99 introductory price. This is as brand new game, and it feels like a professional affair. 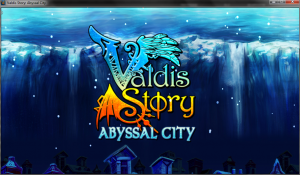 It’s not like the money was all spent on graphics either. The controls feel exceptionally polished and smooth on the 360 controller. The levels are sprawling and intricate, filled with many types of enemies. Angels fly, demons throw fire, mutants shoot lasers. It feels like a gorgeous re-interpretation of a Castlevania game. 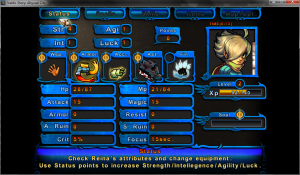 There are other influences as well. The music reminds me of Final Fantasy. The aesthetic reminds me of the Valkyrie Profile series. The difficulty and leveling system is reminiscent of the recent Rogue Legacy. VSAC has the lineage of some of the great games of the industry, and that brings a great deal of expectation. 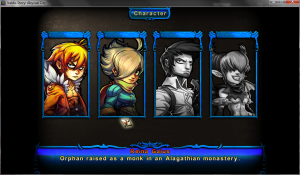 Luckily VSAC exceeds those expectations by wide margins. Every bit of this game, from the save mechanics to the controls screams quality. Fans of the genre will be exceptionally pleased with the abundance of boss battles and quality gaming experience. Those new to the genre will need to learn to grind a little, but the reward is an experience that you won’t forget. 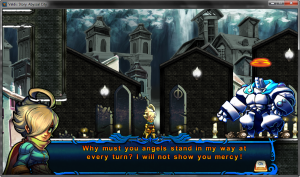 Those boss battles are quite frequent as well. The progression of difficulty is rather quick, but it never feels unfair. You’re allowed to restart from the beginning of each boss battle when you die (and you will die.) You’ll run into bosses that you can’t handle, quests than you can’t complete, treasure chests that you’re not yet skillful enough to open. It drives you to greatness. 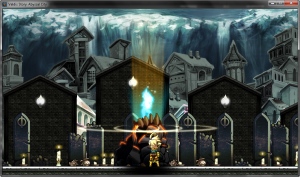 Your health regenerates when you respawn. You start with a healing spell as part of your repertoire. Red potions automatically regenerate you when you lose all your health. VSAC is a stern, but fair teacher. You’re learning the rules the hard way, and you’re loving it. The permanent save spots are sparse, but easy 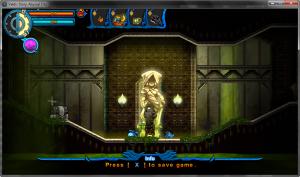 There’s a good amount of content, and a great deal of replayability to be had in VSAC. You find yourself re-exploring levels for power-ups, slowly leveling up your armor and weapons the way Metroid used to make you. Sometimes you won’t be able to beat that tough boss, and you’ll find yourself searching, running, becoming stronger. Better. After a game like VSAC, you’re a better gamer than you started when you began. I love this game. I rate it a 91%, excellent, and a new classic.