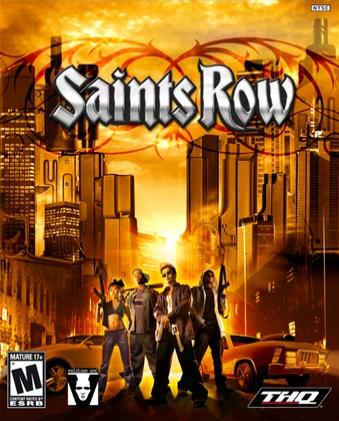 Saints Row (2006) is one of the reasons I still own an Xbox 360. For fans of the series, it’s the only way to experience the start of the 3rd Street Saints adventure. Does it hold up still, 7 years later? 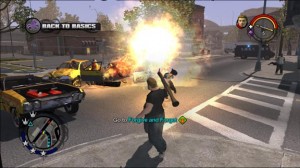 So Saints Row is just San Andreas with slightly better graphics? Not quite. There’s a few key differentiators. The game is clearly segmented into three distinct chapters, each one corresponding to one of the rival gangs of the city. You can play missions from each of the three rival gangs at any time, so there’s no set path to controlling the territory held by the three rival gangs in the city. 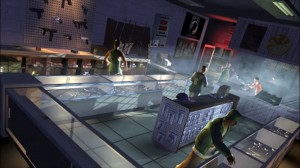 That’s the main component of the game, controlling territory held by rival games (much like you did in San Andreas.) It’s an enjoyable game mechanic, and one that’s been extensively used since. And unlike San Andreas, you don’t have to re-start your territory-grab halfway through the game. Grrr, keep up with the train CJ!

Each of these three overarching storylines serves to introduce you to one of the leaders of the Saints. Fans of the later games in this series will appreciate the early character development, and it helps to maintain a consistent narrative for each of the distinct areas of the city. 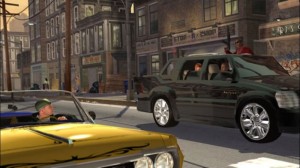 That’s really the main appeal to this game, the continued narrative. Unlike San Andreas, this game has a set of direct sequels. The storyline is continued, the characters conquer more and more area, the gameplay becomes zanier and zanier. The “insurance fraud” activity where you throw yourself into traffic is particularly memorable. 40 hours into a game that’s what you want, memorable experiences. 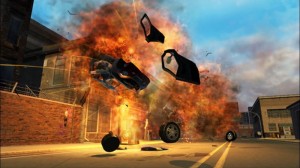 Though still set in a fun, open-world city, there’s not quite as much to the world of Saints Row. If anything, it’s shorter than San Andreas. It’s also terrific fun. Seven years after its release you can pick it up for five dollars or less at used game stores and thrift shops everywhere. Even if all you’re looking for is a bit more time in San Andreas (and let’s face it, you could be forgiven for thinking this was a San Andreas sequel). For fans of Saints Row, it’s a must own. 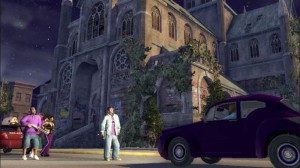 Bottom line, I’m a 32 year old programmer with less free time than at any other point in my life and I managed to put 40 hours into Saints Row during the past month. That’s huge, and a great review for a (now-classic) Xbox 360 launch title. Seven years after launch, I give it a very recommendable 87/100, terrific.