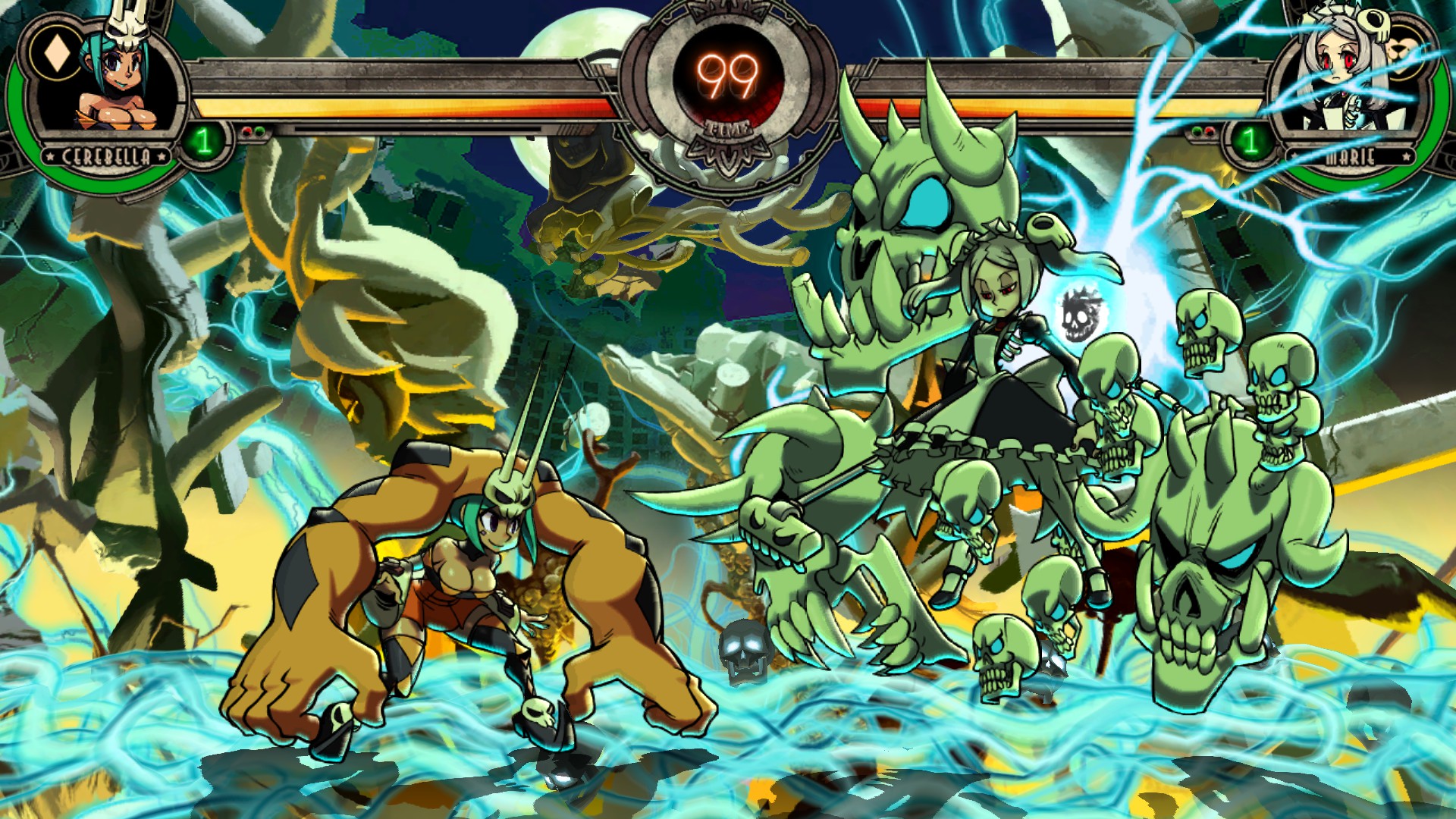 Skullgirls is a gorgeous, highly polished fighter. While I had intended to do this review after finishing Saints Row 2, it’s on 50% off sale for the rest of the day on Steam so this seems an appropriate time for a review. 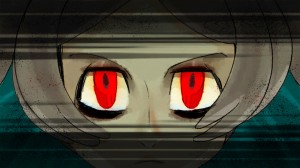 A high quality independent fighter is rare. Hell, a truly high quality fighter in itself is a rarity. Skullgirls is a rare gem of a fighter. It just oozes quality. 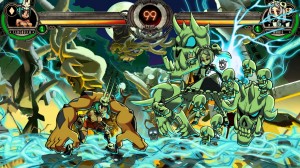 Every character has an interesting quirk. The animation looks hand-drawn. Every background has interesting characters and animations. This is a 2-d fighting game for fans of the genre, and it’s awesome. 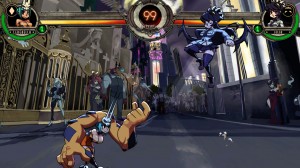 The sound effects are spot on. The music is great, and would feel at home on any of the later Neo-Geo releases. This may have just replaced the Marvel VS series as my go-to 2d fighting series for parties. Hell, even the menus and game interactions are well done. Skullgirls would feel at home as a launch title next to any AAA release. This is a great game. 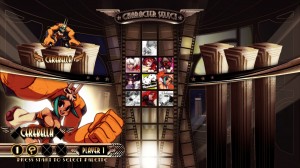 There’s not much to say besides that. The storyline is appropriately silly, with each of the girls obtaining some silly power through their hat. Strange as that may sound, it makes for a great visual style. It gives each of the characters opportunities for multiple costumes and fighting modes without taking away from or obscuring each character’s lush graphics. 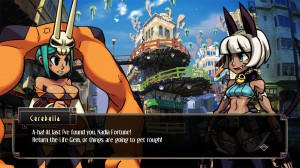 When all is tallied, Skullgirls comes out as a shining example of what independent developers can accomplish and I highly recommend you purchase it now while it’s on sale. An excellent fighter with long-term replayability, I’d rate Skullgirls a 95/100: outstanding.