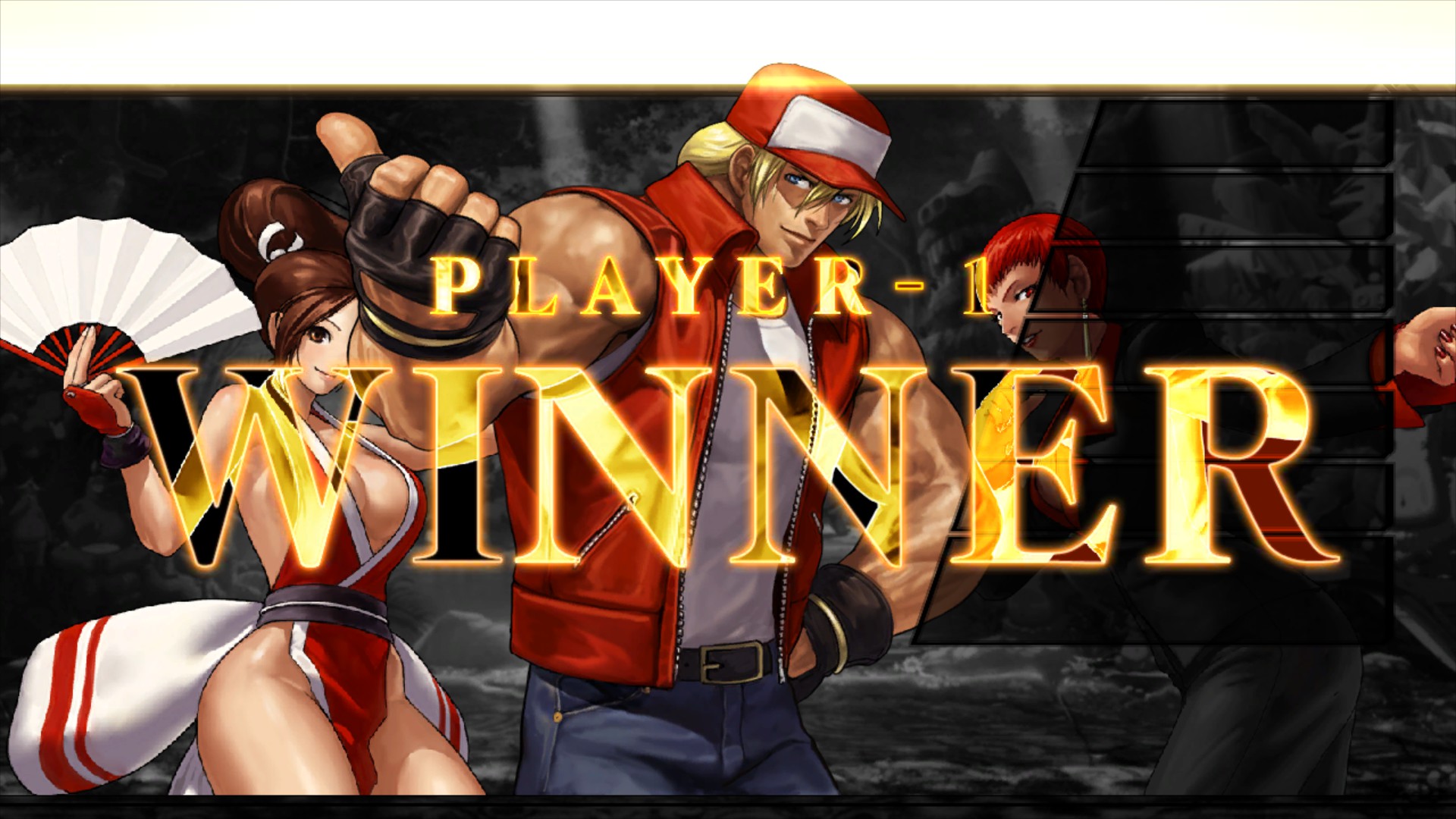 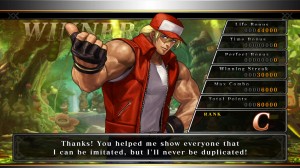 King of Fighters XIII is a true heir to the golden age of Neo Geo fighters. 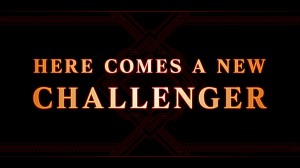 This is a full-on port of King of Fighters XIII, with all of the features you’d expect from a AAA fighting title. Fans of the KoF series and anyone who has played a fighting game in the past 25 years knows exactly what to expect. Arcade, story, and versus modes, with a helping of collectable artwork thrown in for the die-hards. 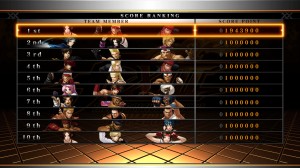 The artwork is gorgeous, but retro. While the backgrounds really pop and are extremely detailed, some of the character models look a little pixelated at 1080p resolution. You get to choose your character color during character selection as well. The backgrounds are balanced and intricate without seeming too busy. 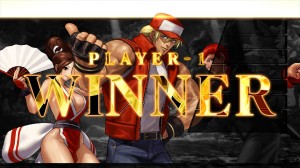 The interface is crisp and modern. Below your health bar you constantly receive mini quests for extra super meter (punch three times! Use a super!). I’m not sure if the intended effect is to make you a more varied player or just to spice up the gameplay. It works on both accounts, but can make the screen seem a bit too cluttered. 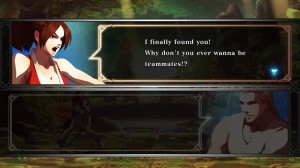 At the beginning of each fight, the characters you select have a little parlay with their opponents. This text is customized based on the backstories of each characters, and the interplay is a fun way to add additional storyline. This is a chance for comic relief and luckily the writers of KofXIII use it to great effect. 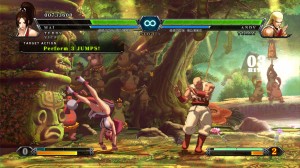 Speaking of storyline, KoFXIII goes back to the well and brings back the Iori storyline. The Fatal Fury characters especially are their younger counterparts (not yet Mark of the Wolves age) and it feels like KoFXIII is seeking to reboot the storyline a bit. 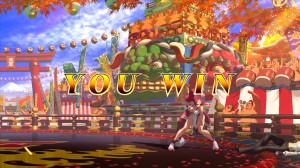 The gameplay is fast and furious, classic King of Fighters. Fans of 2D fighters will be pleasantly satisfied with the precise timing, fast pace, and combo/counter system. 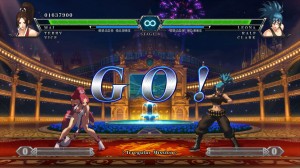 In fact, it feels like this entire gaming experience has been tailor made for fans of the genre. Even moreso than the PS3/X360 releases of 2012, this release feels like something every fan should have in their collection. From better online play to updated graphics this is the best King of Fighters experience I’ve had on the PC (usually emulation.) Even the gallery mode feels more at home. 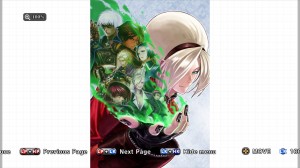 At the end of the day, there’s not much else you could want in a King of Fighters game on Steam. This is an excellent port which shines on the PC and further helps to usher in the new age of PC gaming. I rate it a very respectable 90/100.