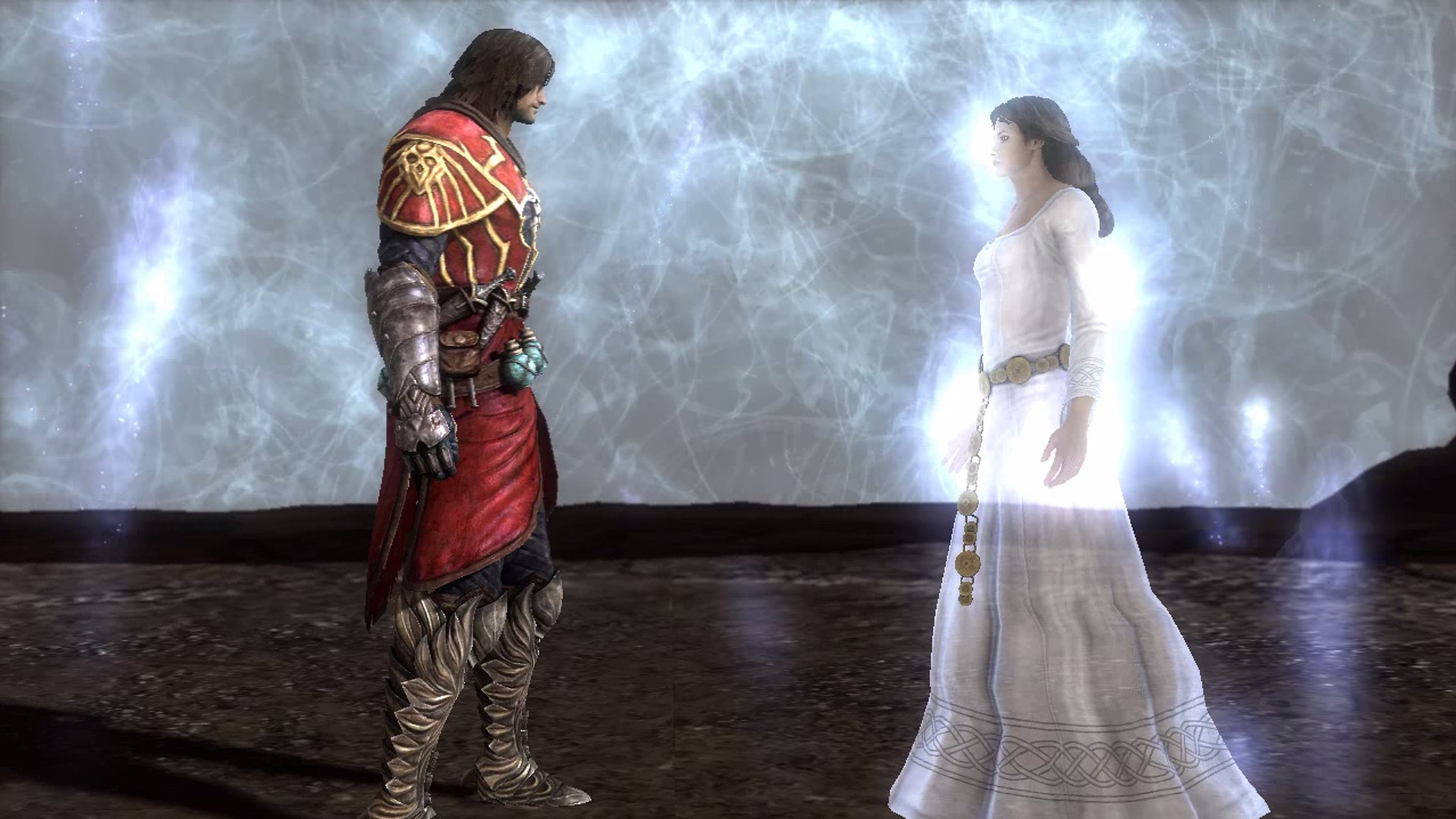 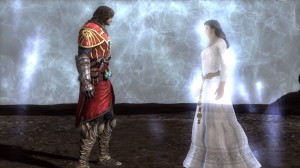 Castlevania Lords of Shadow Ultimate Edition is more than just your average God of War clone. Do yourself a favor and play the first couple of levels. Revel in the quality of the game. Just don’t think of it as another God of War, even when you’ve got angel wings and you’re chain whipping a titan that you spent half the level climbing up. 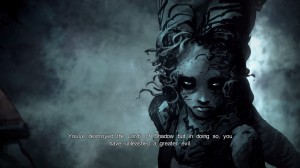 You see, with Lords of Shadow you’ve got a stellar game that just happens to share the game mechanics of another stellar game (God of War.) God of War came out a decade ago, and as with every decade-old pillar of gaming the mechanics will be copied and folded into different configurations for years to come. 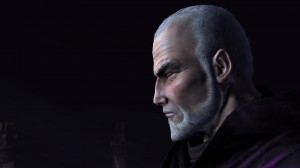 As Mario helped to usher in an era of 2d platformers in the mid-eighties and early nineties so did Kratos help to usher in the era of giant bosses and flaming magical whips and angel wing double-jumps and climbing up titans… Ok, it does sound a bit specific now doesn’t it? Still, Lords of Shadow takes freely the familiar gameplay of God of War that we might be immersed in a fantastic storyline without worrying about learning the gameplay mechanics. 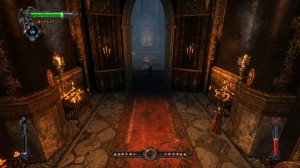 The graphics are gorgeous, and moody. Every scene is like a painting come to life. The game is worth playing through on easy mode just for taking in the masterful atmosphere in a relaxing way. This is a game made by and for people who love the characters and aesthetic of Castlevania. 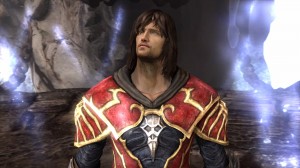 Make no mistake about it, I am one of the aforementioned Castlevania lovers. I’ve played every single one, from the halcyon NES days through Symphony of the Night and the glorious GBA/DS golden years it spawned up to today. I was originally hoping for gameplay a little closer to Symphony of the Night (or the Dawn series, wouldn’t that be wild! Summoning all those creatures in a big 3d castle you’re exploring! Game idea!) At any rate, the game that I got exceeded my expectations in many ways. 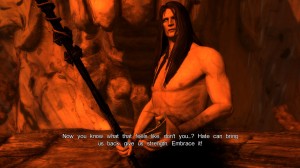 I honestly would have skipped this title completely if I hadn’t pushed through and played the second level. The first level sets this game up as a full on God of War clone. It doesn’t showcase any of the clever twists in gameplay that begin to add layer after layer of strategy. The game incentivizes you to master the dodge and block mechanics quickly and continues to throw new spells and abilities at you throughout the game. 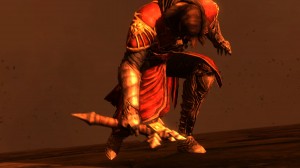 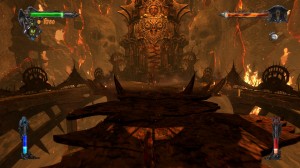 The characters are well developed. Gabriel Belmont (the main character) is a classic tormented vengeance seeker (ala Kratos.) This does afford some good opportunity for emotional and spiritual character development and Lords of Shadow uses it to great effect. 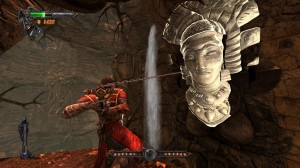 Patrick Stewart is everywhere, which is great. He narrates the majority of the game from the loading screens between levels, and has a significant part to play in the story as well. This is a welcome theme in the game, characters being somewhat well rounded. Even the bosses themselves have back-stories and internal motivations besides the ole “kill the player!”.

The controls are tight, if a bit overly complex. For some reason it feels a bit slower that God of War. If anything, I’d say that Lords of Shadow took a page out of Dark Souls playbook. Some of the boss battles feel like they could have been ripped from Dark Souls as well. This is a good, if challenging, addition to the game. 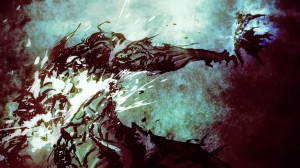 The difficulty of the puzzles (and puzzle-bosses) is fair to moderate. There are certainly some “table-flipping” moments, especially towards the end of the game. Even experienced gamers may find themselves frustrated by some of the later level design. It’s mostly a good frustration though, and the artwork is so gorgeous and intricate throughout you’ll hardly mind the challenge. 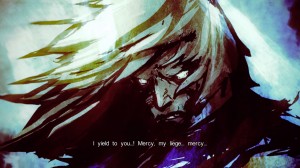 The inclusion of the two expansions is a welcome bit of extra storyline to the Ultimate Edition, and it serves to tie up some loose ends in the plot of the original Lords of Shadow. Unfortunately, the production values are a bit lacking. Rather than fully rendered 3D cut-scenes, you’re treated to semi-animated sketches (the kind that came with toys on VHS tapes back in the 1980s.) These are well drawn and don’t detract from the overall story, but it does feel like a bit of a rush job, especially considering the extremely high production values of the original Lords of Shadow. I’m also pretty sure that half of the level scenes were recycled bits from earlier levels. Still, the boss battle that’s included is a fun and sometimes frustratingly difficult set of levels, and it’s true to the spirit of the original release. 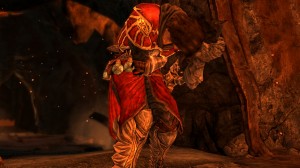 With a somewhat complex combo system, medium to hard difficulty curve, and mature subject material, Lords of Shadow certainly isn’t for everyone. It’s for me though. I found myself continually glued to my monitor, eyes affixed on the gorgeous scenes that played out before me. There’s a fair amount of gameplay for this sort of game, perhaps ~20-25 hours if you’re not rushing through things. It’s an enjoyable 20 hours too. You can snag the ultimate edition on Steam/GoG/GMG for around ~$15-$20 during the winter sales and I highly recommend doing so. Stick around for a few levels and you won’t be disappointed. I rate Castlevania Lords of Shadow Ultimate edition a rock-star 95/100. While I was initially hesitant about forking out the premium retail price, I ended up enjoying it immensely and can’t wait for a sequel. 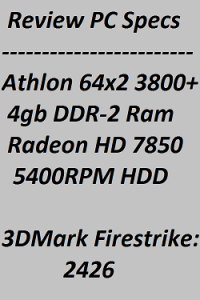