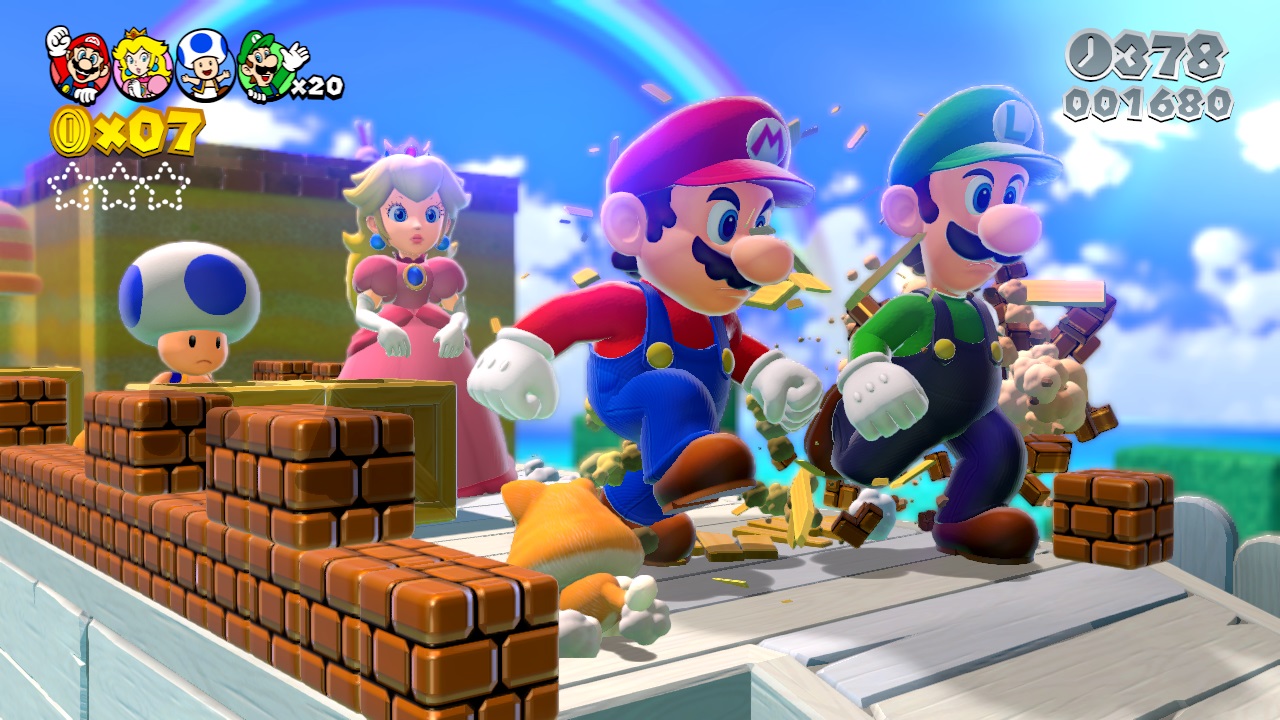 Super Mario 3D World (SM3DW) is incredible. I don’t mean “oh wow, this game is so great, this is the best platformer of the year!”. No. I mean “this game is so excellent, it reminds us what Nintendo means to our culture and gives the Wii U a fighting chance in the console wars.” Seriously. I often found myself stunned how much fun I (and a few of my friends) were having. 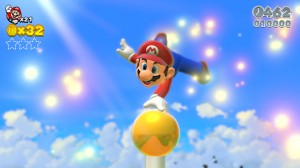 Super Mario World for the Super Nintendo (particularly the GBA remake) must be my favorite game of all time, as I’ve found myself going back and completing it (and purchasing it!) again and again. I’ve played it on every Nintendo console and re-release, and emulated it on myriad devices for over 20 years. The graphics, level design, and pure fun to challenge ratio are timeless. 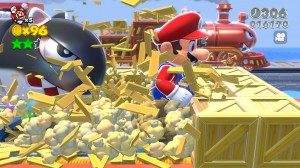 It’s been 23 years, but I finally recaptured those feelings of pure joy whilst playing a Mario game. Super Mario 3d World is the first Mario game since Super Mario World that truly meets or exceeds the amazingly high bar of quality Super Mario World first raised with the launch of the SNES. 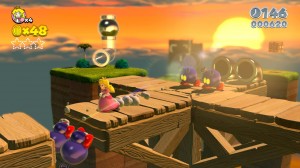 And SM3DW does exceed Super Mario World in one very important way. Co-op gameplay is really fun. If we had this kind of gameplay back in the day when there was an NES or SNES in their living room the world would be a very different place now. All the nerds (myself included) would have learned to play together. Just think of what we could have accomplished! We could have completely avoided Windows Vista! 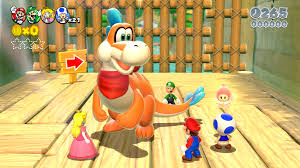 Honestly, SM3DW should have been a launch game. The Wii U would have sold about 10x more by now if it had been bundled with SM3DW. This is an expectation-changing game. 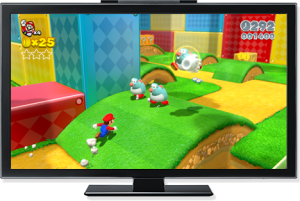 The graphics are crisp and gorgeous, and there’s a number of forced-camera angles clearly set up to show off the spectacular views that pervade SM3DW. Enemies that popped in 2d absolutely shine in 3D. The lava monsters are a particularly stand-out set of creatures that successfully made it to SM3DW. (Though they may have been 3d in Mario Galaxy as well, you’re going to see a whole new spectacle.) 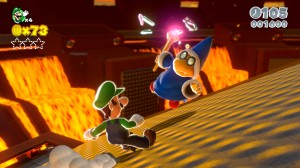 There’s plenty of humour. I actually found myself laughing out loud more than once. Anyone who has ever struggled to design a level within a game will appreciate the craftsmanship of SM3DW. Puzzles are set up in such a way that there are almost always multiple solutions possible. Co-op play only adds to multitude of solutions to each challenge. You’re going to have fun. 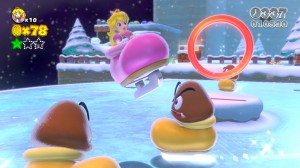 You’ll continually find yourself with a huge smile on your face while you’re playing through the levels of SM3DW. It takes a bit of gaming goodness from every Mario game to come before it, and shines. There’s a terrific Mario Kart throwback level that’ll have you laughing and grinning from ear to ear. It smartly retains the “New Super Mario Bros” 4-player model, as well as some of the new power-ups from that series. 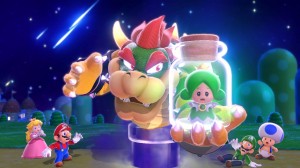 Best of all, you can play as the princess! It’ll bring you right back to Mario 2 and the fact that you’re not stuck chasing after a helpless princess in a castle is a positive step forward in storytelling in one of the most storied game franchises out there. And unlike Mario 2, you’re not in some alternate dream timeline and fighting Wart the toad. Oh no. I kicked Bowser’s ass whilst playing as Princess Peach. Just desserts, and ole bowser finally got a bit of comeuppance for the past 30 years of Princess stealing. 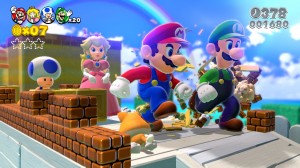 While the premium price may be offputting to my usual readership, the truth is the Wii U finally has a stand-out argument for ownership in SM3DW. If you haven’t played Super Mario 3d World and are on the fence, get it now. The price is almost guaranteed not to drop in the next 6 years or so, and it’s going to become one of the seminal gaming experiences of our generation. I highly recommend playing it again and again alone and with friends, and I rate it a glowing 98/100. Glorious. 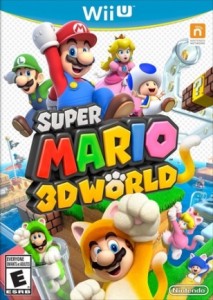