Beyond: Two Souls (B:TS) is an emotionally charged supernatural horror game from the makers of Heavy Rain. Do the high production values and deeply emotional plot deliver on the game’s lofty pedigree, or is this a rare low-point in the catalog of Quantic Dream? 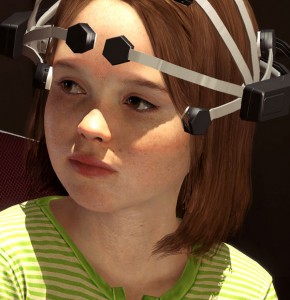 Right off the bat you will be impressed with the graphics. Ellen Page and Willem Dafoe both look very, very realistic. The environments are stunning, and the high bar set years ago by Heavy Rain has only been raised with B:TS. There is not a single moment in the game that I didn’t think “these are some of the best graphics of the past 5 years.” It’s a AAA experience that is wholly centered around emotionality, even in the visual domain. The emotionality of the (very talented) actors come through in the highly detailed facial models. Tears look real. Rain, lighting, atmospheric effects are all deftly used. These graphics are of the highest caliber, and many times you’ll forget you’re playing through a game. You’re IN the narrative, IN the scene. This is the highest praise I can give. 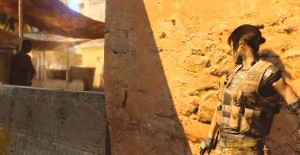 The gameplay itself is reminiscent of Heavy Rain, with limited heavy-action sequences interspersed with well-timed emotionally gripping narrative. This isn’t a sit-and-watch type narrative though, as you’ll be subtly interacting with the characters on-screen during these narratives in another nod to Heavy Rain. There will be tiny indicators (think less annoying quick-time-event type games) that let you know which direction to push your analog sticks. These are constantly woven into the gameplay and used to great effect. Perhaps these indicators show you how to avoid a punch, or which direction to look. Often they’re used simply to keep you engaged in the experience during an emotional scene. 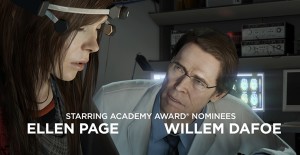 There’s quite a large difference between watching your character struggle with an emotional revelation, rocking back and forth vs subtly moving your character’s field of view back and forth to cause them to rock. Both methods can be emotionally powerful, but the latter physically connects the player to that emotion. Your view is swaying, disorienting. You’re a part of the narrative. This is one of the core reasons we game as a culture, these pure moments of escapism and narrative. You find yourself sucked into the world of these characters, and for a time you’re just as caught up in the supernatural goings-on as the characters. This can be terrifying and enlightening, fast-paced and slow-motion all at once. You’re going to like it. 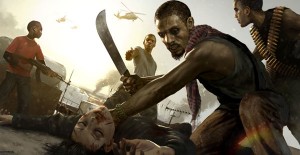 Now here’s the interesting thing. It’s quite often I think that a 3-hour movie wasn’t worth the 12$ ticket price. Whether it be the storyline wasn’t up to snuff or the cinematography was lacking, I can be a fairly picky consumer. B:TS is not a long game by any stretch of the imagination. It reminds me very much of the first Uncharted game in that respect. Shorter than you imagine, but you are left wondering if it seemed so short because the quality of the experience was so high. B:TS is an expensive game. You can pick it up used for ~30$ on eBay, and new copies still run in the 40 to 50 dollar range. How then, can I recommend a game so highly that costs so much for the time that you spend? 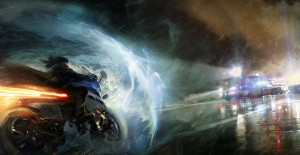 It’s easy actually, Beyond: Two Souls is a great game. I found myself sucked into the intense and interesting storyline. Even as the narrative continued to jump forward and backwards in time willy-nilly it was completely engrossing. The acting was top notch. Anyone who has seen Ellen Page (Trailer Park Boys) or Willem Dafoe (Boondock Saints) in any of their film roles knows how good these two actors can be. And this script demands they bring their A game. Constant fear, a troubled emotional past, mysterious and dangerous demons and spiritual threats all blend together in an exquisite narrative. It’s like characters from “The Darkness” jumped out of the pages of an adolescent comic-book world and into the setting of a Steven King novel. I mean that in the best possible way. 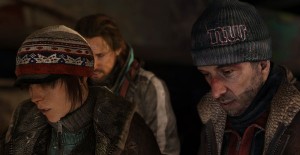 If you’re thrown off by the high price tag and relatively short play-time, I’d highly recommend renting Beyond: Two Souls. You can probably beat it in a casual weekend of gaming and that’ll only cost you ~5$. Considering the masterful craftsmanship that is evident throughout the game, you’ll likely end up buying the game eventually anyway. This is one of the seminal gaming experiences of our time, and another fine pillar of gaming narrative. I heartily recommend Beyond: Two Souls, and rate it 94/100 absolutely terrific.