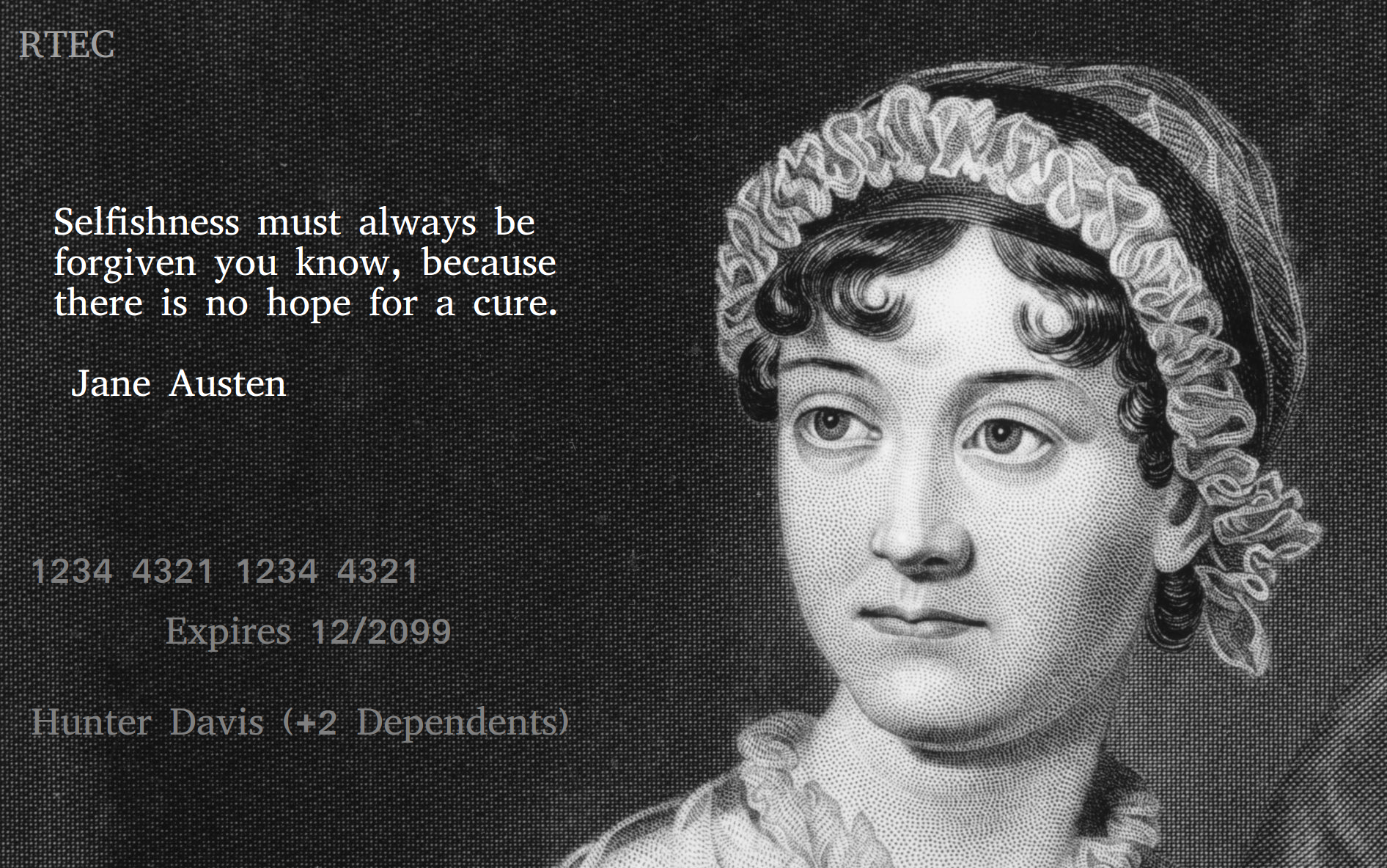 The “Right To Eat Card” (i.e. Let The People Put Their Money Where Their Mouths Are)

I am known for hacking computers, but why can’t we hack charity? Here is my concept to end hunger completely. The RTEC card. 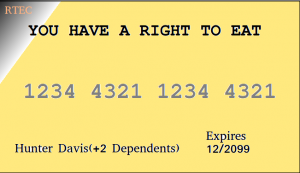 Anyone from any sect, creed, organization or business could contribute at any time. Anyone can register as group on the leaderboard (ala Humble Charity Bundle.) Pro-sports teams, video game consoles, television shows, religions, governments, anyone. 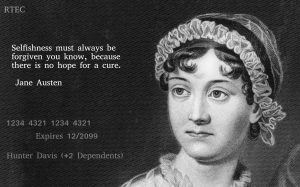 What religious leader wouldn’t want to sanction a charity where 100% of the donations go directly towards feeding the hungry? What organization wouldn’t want to have people donating under their brand umbrella, spreading good and brand awareness in one fell swoop. People could settle bets and feel good about it. We could finally know which historical figure has more charitable fans: Tesla or Austen?

Example for #5
Your pastor tells you: “If you can’t make it to church on Sunday because you’re on vacation, just make your tithe into your ‘southern baptist church’ RTEC card at any ATM.” 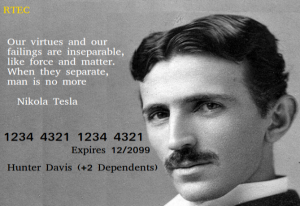 How did this come about? I’ve been thinking recently, about the growing divide between the rich and the poor. About Star Trek and money-free societies. About the absurdity of money. Money is a strange and almost alien aspect of our society, but it doesn’t seem to be going anywhere anytime soon. I feel much the same about religion, free-to-play games, tween heartthrobs, etc. People are still going hungry, and I feel like people deep down want to help. It’s hard to believe that your contributions to many charities go towards helping as many people as need helping. You want to believe, but you read the news and it’s hard. You do what you can, but you wish you knew exactly what your contribution meant. You have a right to eat.