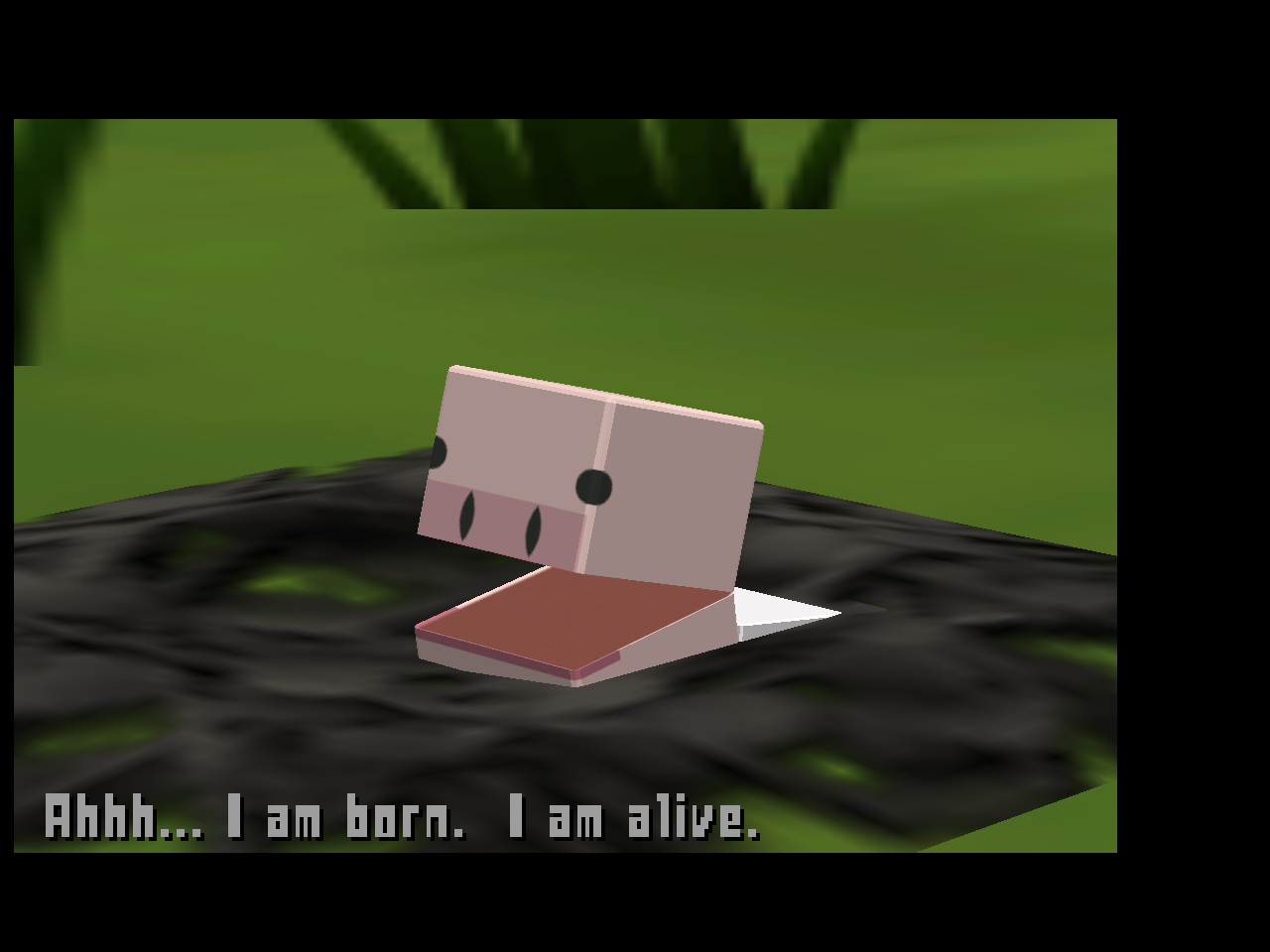 I am a three-legged flying bear with vampire fangs. I pounce upon my prey like a lion, ripping meat from their dazed (but still-alive) corpses. This is the wonderful world of Cubivore, and I have no idea how I missed it until now. 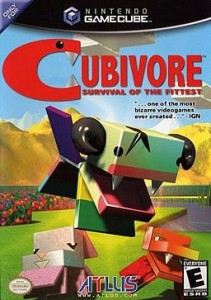 All those hours I spent waiting for Spore to be released and Cubivore was there all along. I was casually reading /r/gaming and
a commenter mentioned Cubivore as the spiritual successor to E.V.O., the Super NES game of evolutionary darwinism. E.V.O. was one of my favorites, so why didn’t Cubivore catch my eye before now? 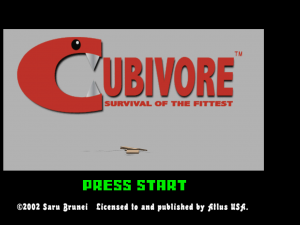 It’s got to be marketing. It’s easy to see how there could be some difficulty marketing Cubivore. At it’s core, the game is quite violent. Way too much so for very young children. Unfortunately, the game shares a graphical style with many children’s shows aimed at the preschool market. It’s like Pokemon, but with wild cube-imals actually ripping pieces of meat off of each other. It’s as awesome as it sounds. 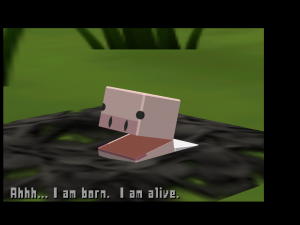 The levels are structured as semi-open playgrounds. They start out grey and boxy, obscuring your path. Your “quest” is to bring color back to the world and eventually defeat the big baddie. Color, and ability to plan ahead are integral to surviving Cubivore. The DNA of the game is color, and each cubivore has a specific color structure, granting powers and traits specific to that color-group. You eat various animals to power up your cubivore, gain additional limbs and powers, and open new areas of gameplay. As you pass to the next level, you choose an offspring to continue your line. It’s much like Rogue Legacy in that regard, and it adds a fun level of planning and long-term appeal to the game. Every few levels you move up the evolutionary ladder to a new, larger type of animal (say, a pig or a bear). So you’re not always maxing out each character, there’s a great deal of choice and replayability inherent to the game structure. 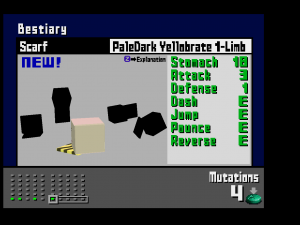 There’s also something for the collection-oriented gamer here, a lot in fact. You collect hearts to aid in romance (oh yes, there’s a romance/husbandry aspect to the game), you eat various special rare bugs and animals for bonuses, and you carefully gauge if you’ve collected enough to take on the end-of-level boss. 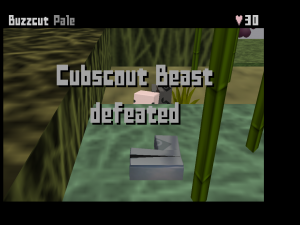 Yes there are bosses, and like E.V.O they are an enjoyable test of your evolutionary skills. Did you grow your fangs? Did you go with a long-range jumper, or a backwards-dashing defensive oriented cubivore. There are many possibilities, and even the order in which you eat your prey makes a difference in your evolutionary journey. 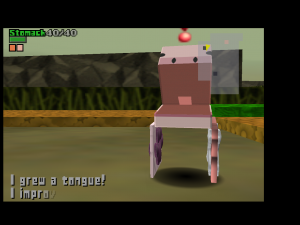 That perhaps, is why I like Cubivore: It’s a journey. Much like Final Fantasy Adventure 3 or any of the Chocobo/Cho/Chu-Chu/whatever animal-rearing games, you’re in it for the long haul. It’s more about what your offspring can do that what you can do, so do you mate now and upgrade your offspring right away, or upgrade now and have a potentially more powerful offspring? 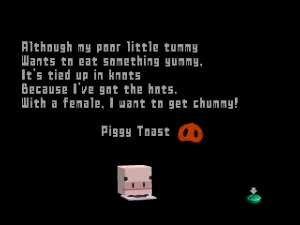 A game of choices and fun evolutionary mayhem, Cubivore is a classic Gamecube game that should be in everyone’s collection. The simplistic graphics only offer a hint at the complexity and addiction that linger just beneath the surface of the game. I rate Cubivore a very respectable 85/100. It’s easy to emulate with Dolphin if you don’t have a GC handy too. (default settings work great). 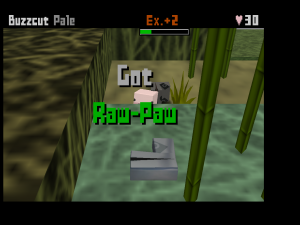