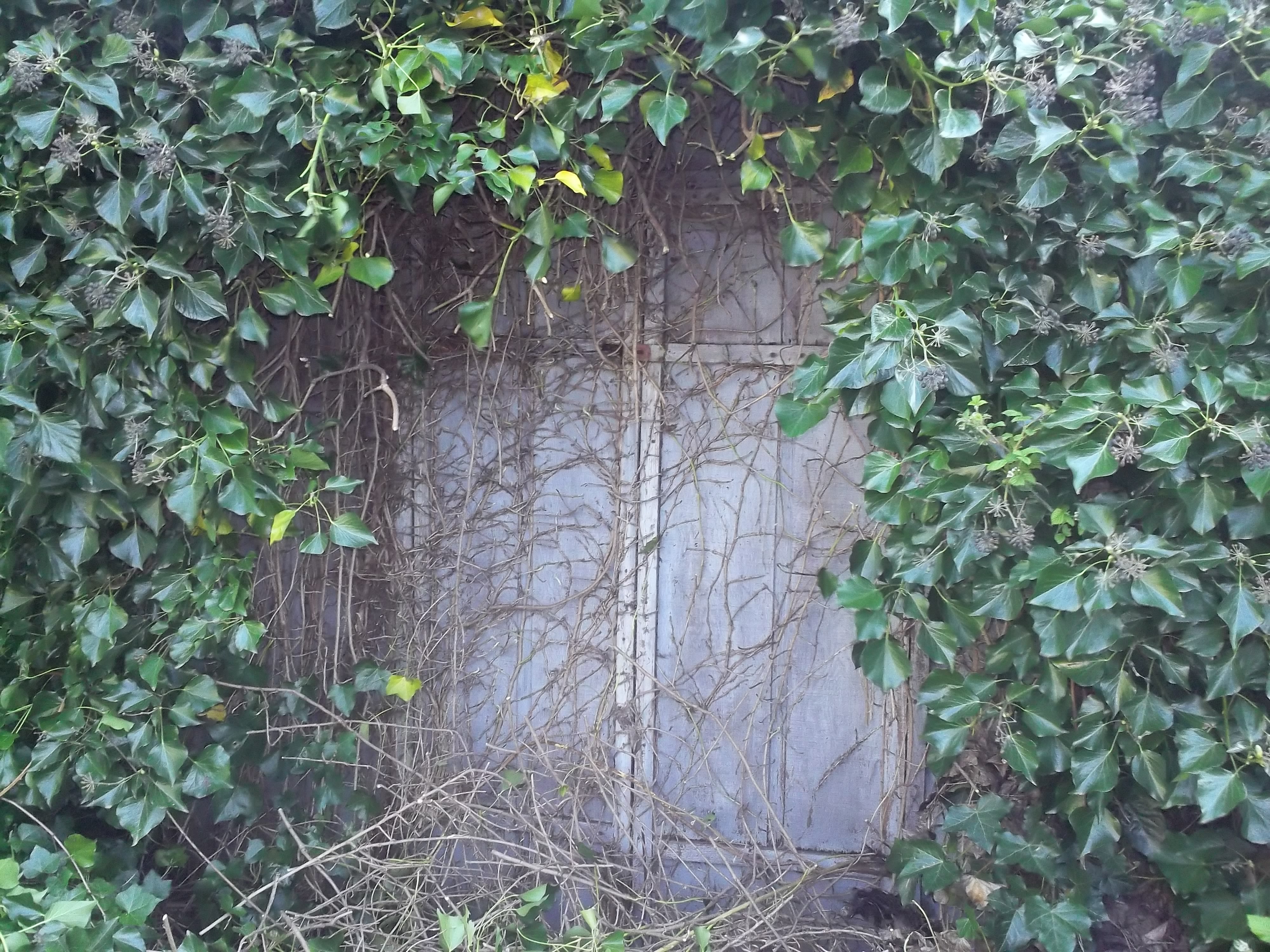 My fingers tremble as I write this. My body is literally quaking with excitement. It takes all I have to write these words and not rush back out into the night towards it. For you see, I have found an ancient tomb.

TLDR: I bought a house, found a hidden building, and oh yeah there’s a safe with no key too… 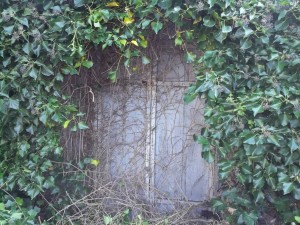 I bought a house. My first one. It took 6 months, and many false starts. So when I finally walked out onto my back porch to survey my new back-yard, I was looking for something special. 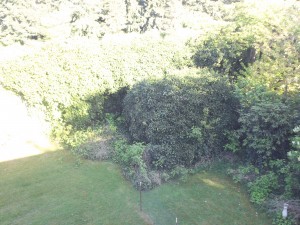 I found it. Do you see it? Let me zoom in closer. 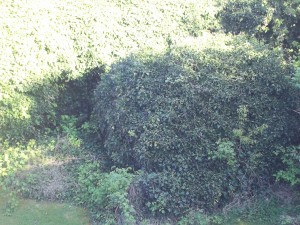 That “berry bush” as it was referred to during the walk-through and subsequent inspection is SQUARE. Square. A shape not known to be prevalent in nature. “It’s probably just a fence, or some grating upon which the berry bush has sprung these last 50 years.”, I thought. 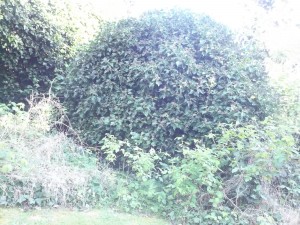 Only it wasn’t. As I began to push back the layers of vines and brambles, I saw something which dropped my jaw to the floor. A concrete wall, and a shingle roof. There was a BUILDING in there. On my property. I just bought a SECRET BUILDING.

What could it be? My mind raced. The house was built in the mid-1950s. The woman who had owned the property (it was an estate sale) had moved away back in the early 70s after her first husband died. The berry bush has very very thick underbrush, and looks to have been growing for quite a long time. It’s not likely to be a pump-house, as the sewer line is original cast iron and runs away from the other side of the property. Could it be a bunker? Could it be a shed? What if there’s a motorcycle in there? Or a secret tunnel?

When asking my coworkers, the most common answer was “It’s an outhouse….” But I don’t think so!

So today, after we moved a few boxes and had our inaugural dinner, I grabbed a pair of clippers, headed down to the “bush” in my backyard, and set to work. 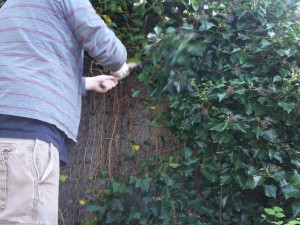 After a few minutes, I found a sturdy looking wooden door! The outhouse theory was losing credibility! 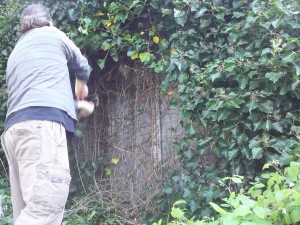 There are actually TWO DOORS! What needs two doors??!! 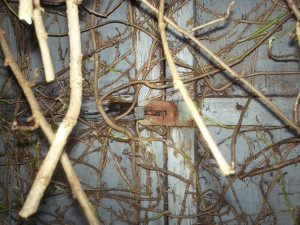 And it’s locked! That’s a lock on there and it’s still locked! That means something worth keeping is inside! 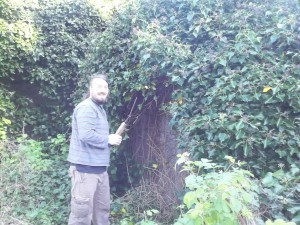 It’s all rusted open, I bet I could bust it open with these clippers! 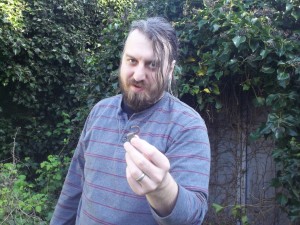 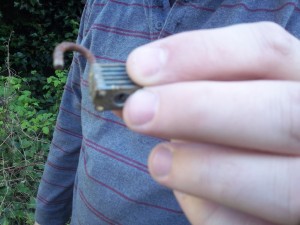 Check out the rusty hinges! 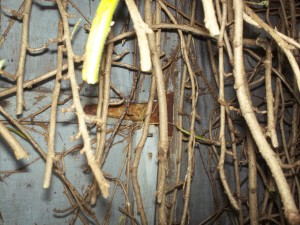 Time to clear away some more vines! 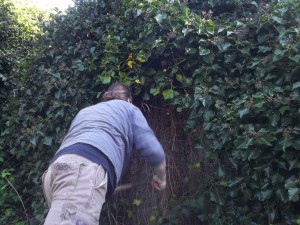 What could be in there? What ancient stories are waiting to be told? It’s hard to tell if the vines have made their way through the bottom of the door. 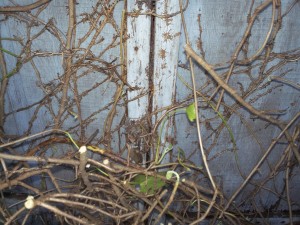 And oh yeah, just a fun little extra for my fellow redditors out there, the house DID come with a safe. And NO, I can’t find a key that fits it! The plot thickens! 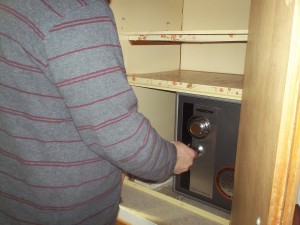 Stay tuned for part 2 of the story, where I invite my friends to help me move boxes and, oh yeah, uncover a mystery over 50 years in the making!