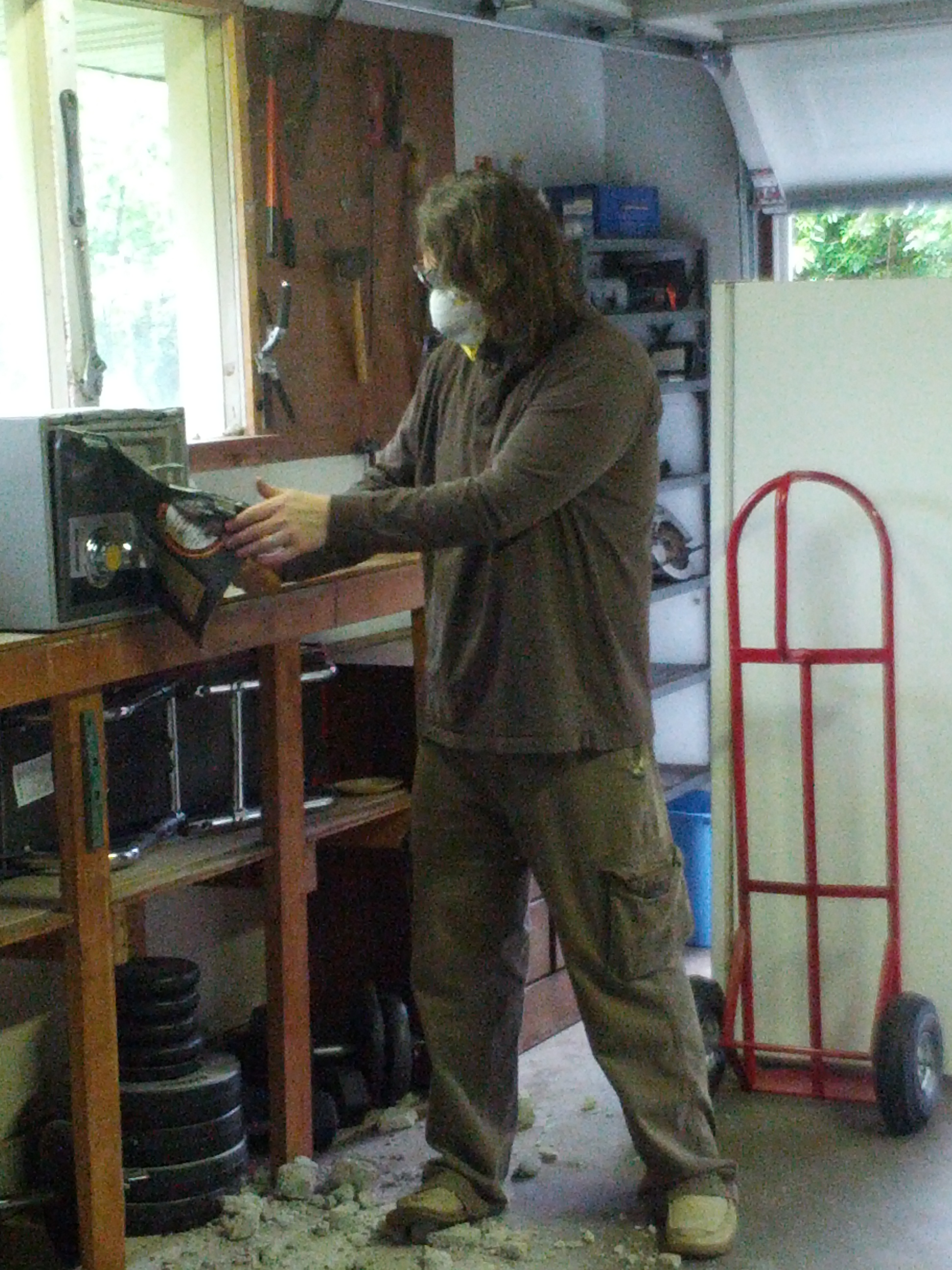 After part 1(the unveiling) and part 2 (the opening of the secret building), there was only one major mystery left on my new property: what was in the locked safe? That mystery has now been solved. Read on for part 3 of my trilogy of mystery: Safe-cracking! 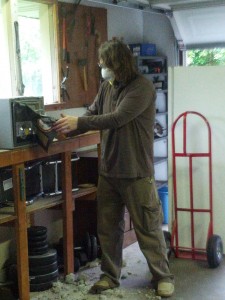 For those unfamiliar with the tale, I found a locked safe in the house I just purchased. I checked under the safe and with a little bit of looking around I found where the safe had been screwed into a not-so-sturdy piece of plywood underneath a drawer in the upstairs bathroom. So I unscrewed the safe, and brought it into my garage to disassemble.

Some helpful redditors had suggested I simply take a sawzall and cut away the door. As I don’t have a sawzall and wasn’t keen to purchase one, I decided to see what I could do with a sturdy hammer, a small pry-bar, and a screwdriver. 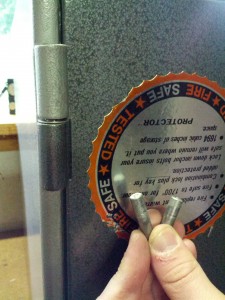 First came the door hinges. They were covered by small caps. These were a quick hammer away from destruction. Next were the pins, which also fell to a few sharp blows from my hammer.

Next came the outer door assembly. I used the pry-bar to get an edge up and just started hammering on the corner for a while.

It was fairly cheap metal, and was no match for my hammer. 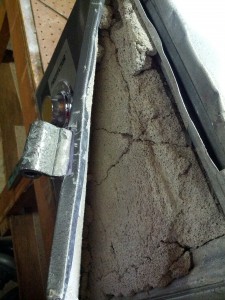 There was concrete inside the safe (likely for fire-proofing.) Good thing I was wearing a filtered mask and safety goggles. 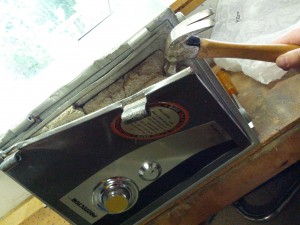 I used a large screwdriver and the hammer to slowly bend the inner metal of the door away from the lock assembly. 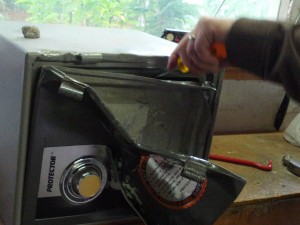 Finally, I saw what I was looking for. The lock assembly connected to a thick metal bar which sat inside the upper lip of the safe.

A few choice hits with the hammer began to bend the metal and knocked out the lock assembly.

A little pry-bar action allowed the corners to be bent inward.

A quick tap with the hammer onto a thick screwdriver placed behind the metal bar allowed the lip to bend outward and the door to fall off. 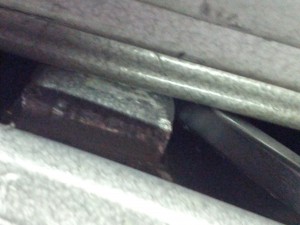 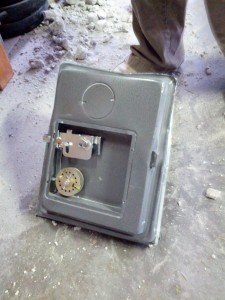 And what was in the safe? 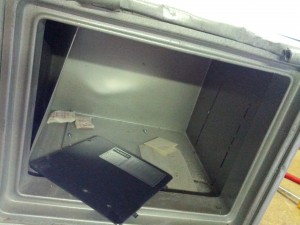 Let’s see, there’s a little metal separator.. and some paper. It’s a note! Is it a secret treasure map? The words that will unmake the universe? The hope left at the bottom of Pandora’s box? 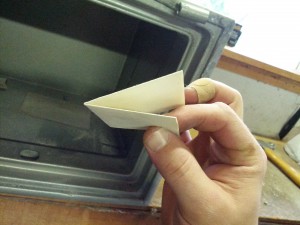 Nope, it’s (no irony lost here…) the warranty information for the safe. Upon closer inspection there’s an address and a name on the paper. And that name? 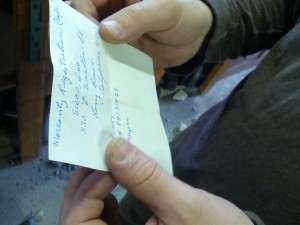 Oh yes, that’s Fred Meyer (the grocery store where the safe was purchased.) 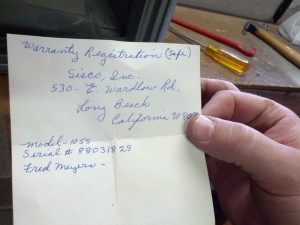 So in the end, the only thing I found in the safe was irony, and perhaps a bit of closure.