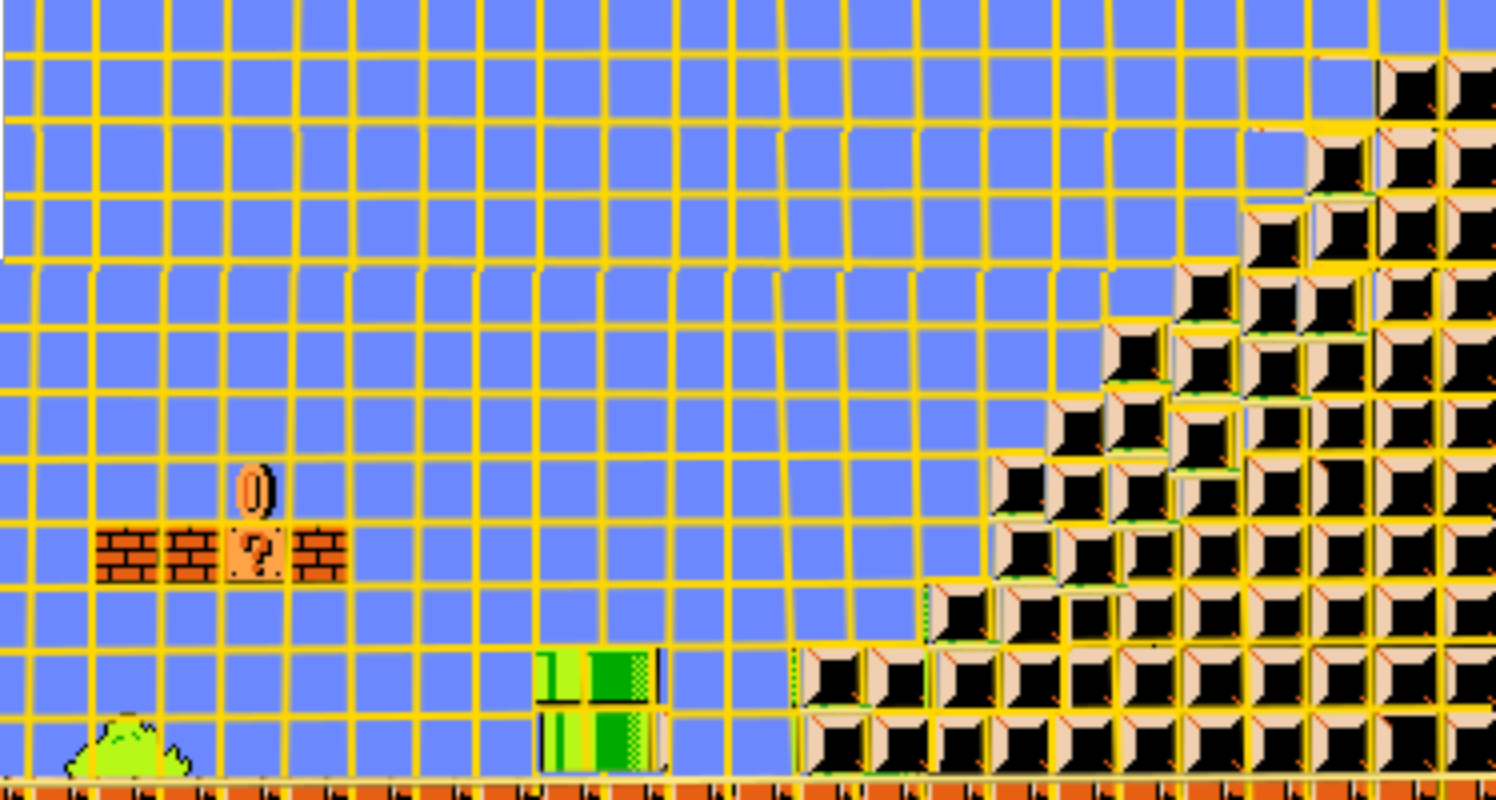 So I have a blank wall in my basement. No big deal, but it seems like a great opportunity to do something fun, so I decided to re-create one of the classic mario scenes from world 1-1 of the original Super Mario Bros for NES.

First, I used pencils to draw a grid onto the wall. 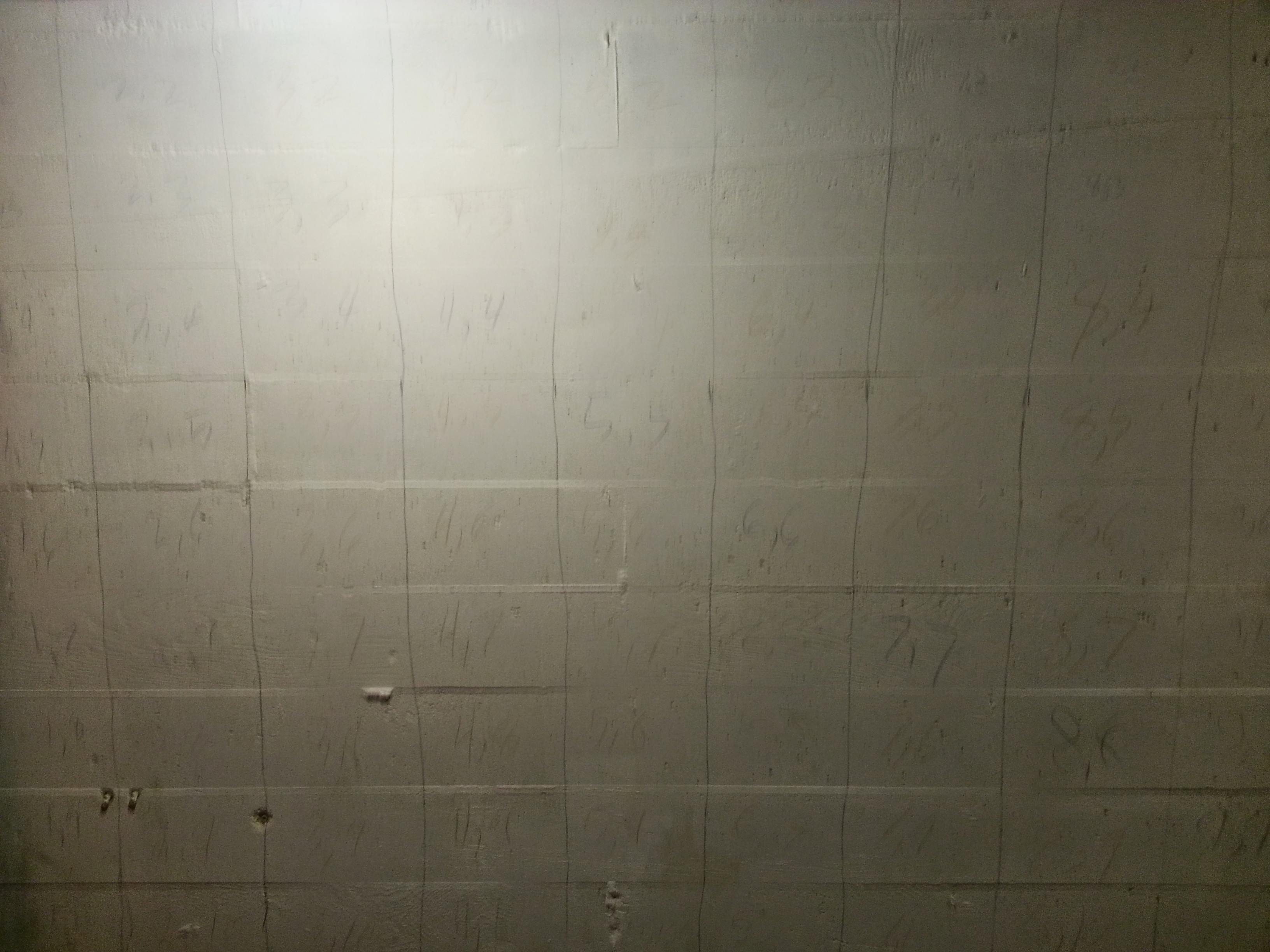 I then transcribed this onto a sheet of paper… roughly. 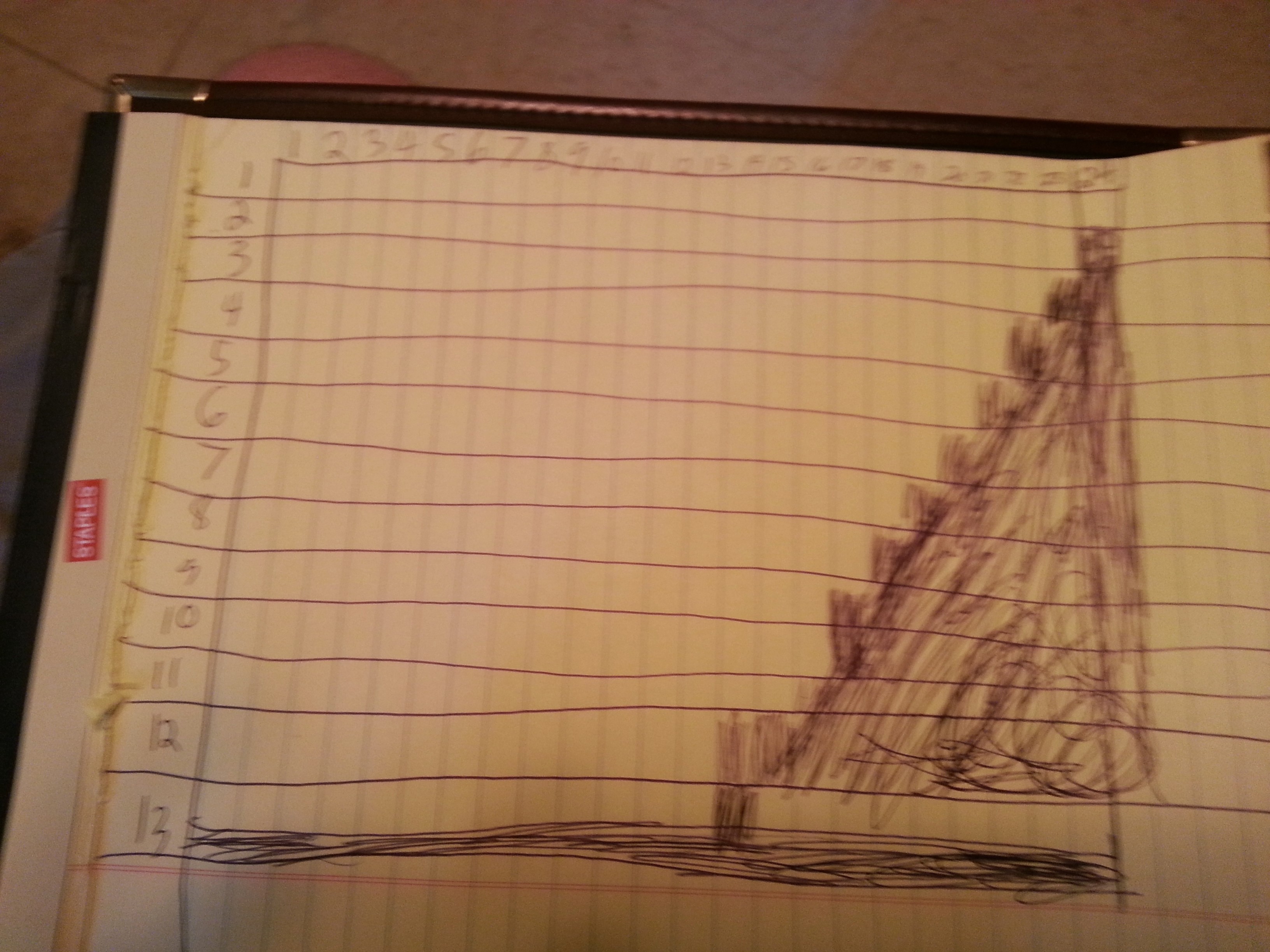 I realized I could use the stairs as part of the actual level and not have to paint that part. 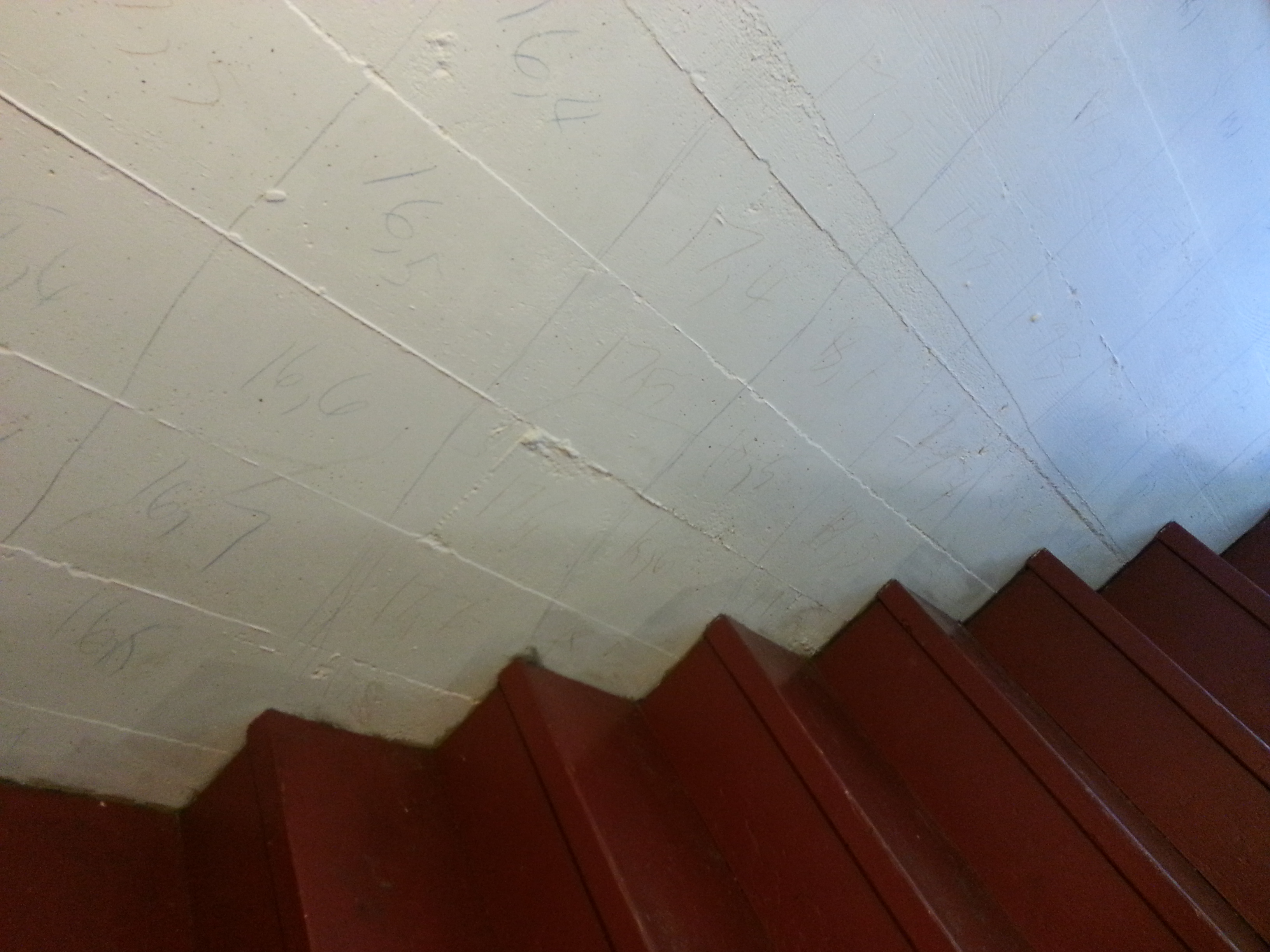 From there, I found an image of that part of the level, and divided it up into the same number of squares as my wall and stairs.

I use the natural shape of the stairs so I don’t have to paint those sections, and I think it adds some fun. 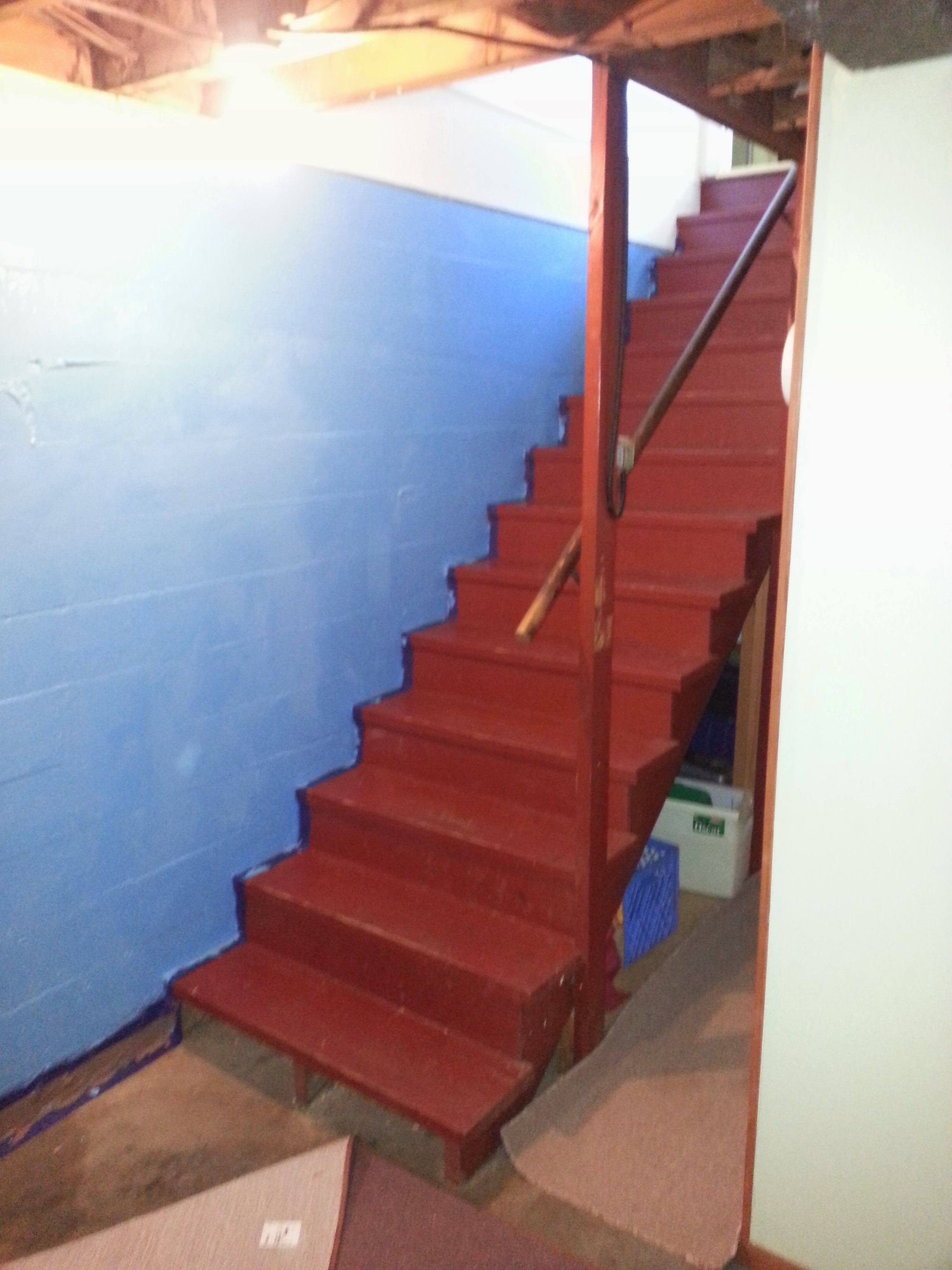 From there I taped everything off, and just started painting by number. 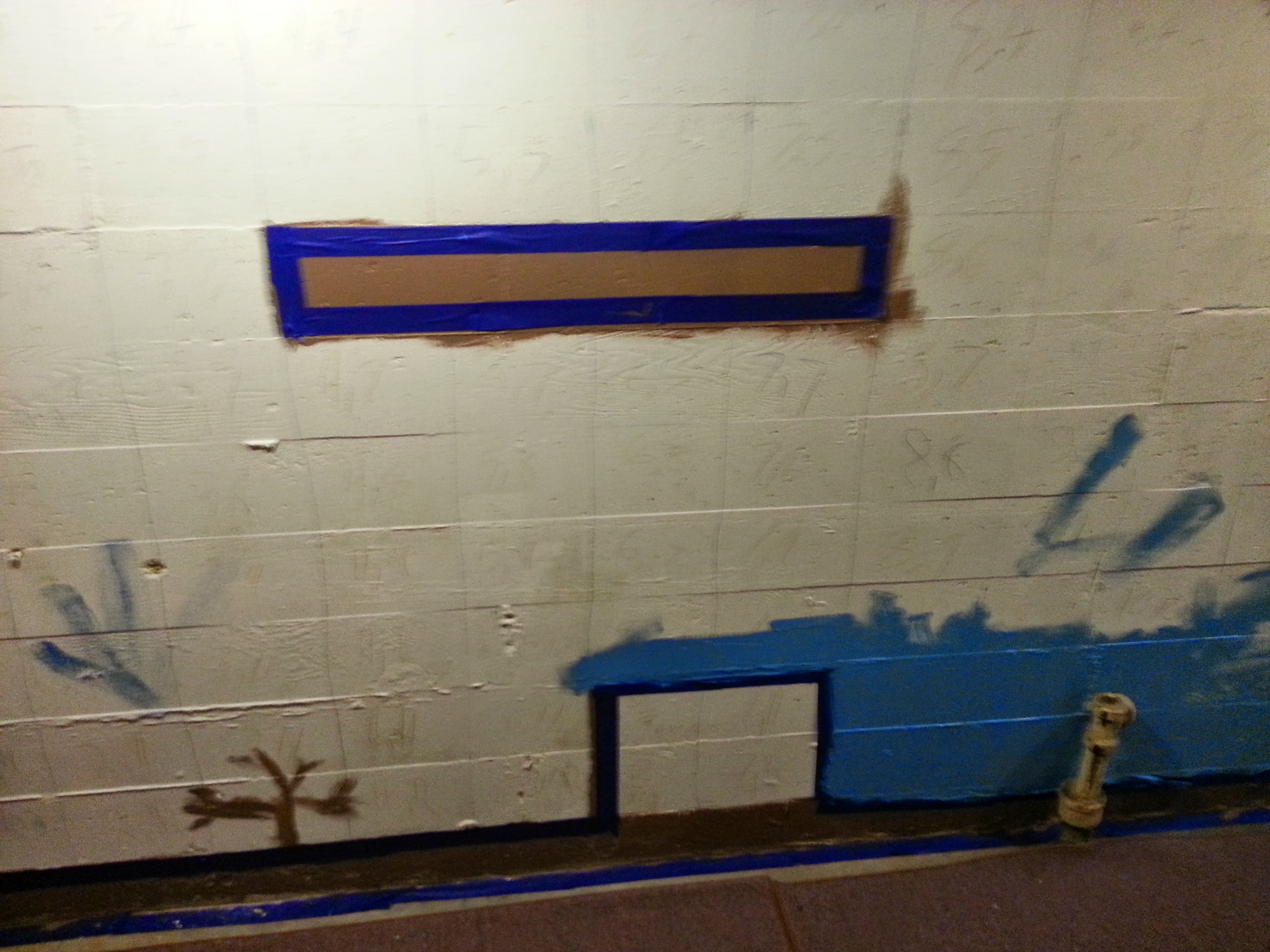 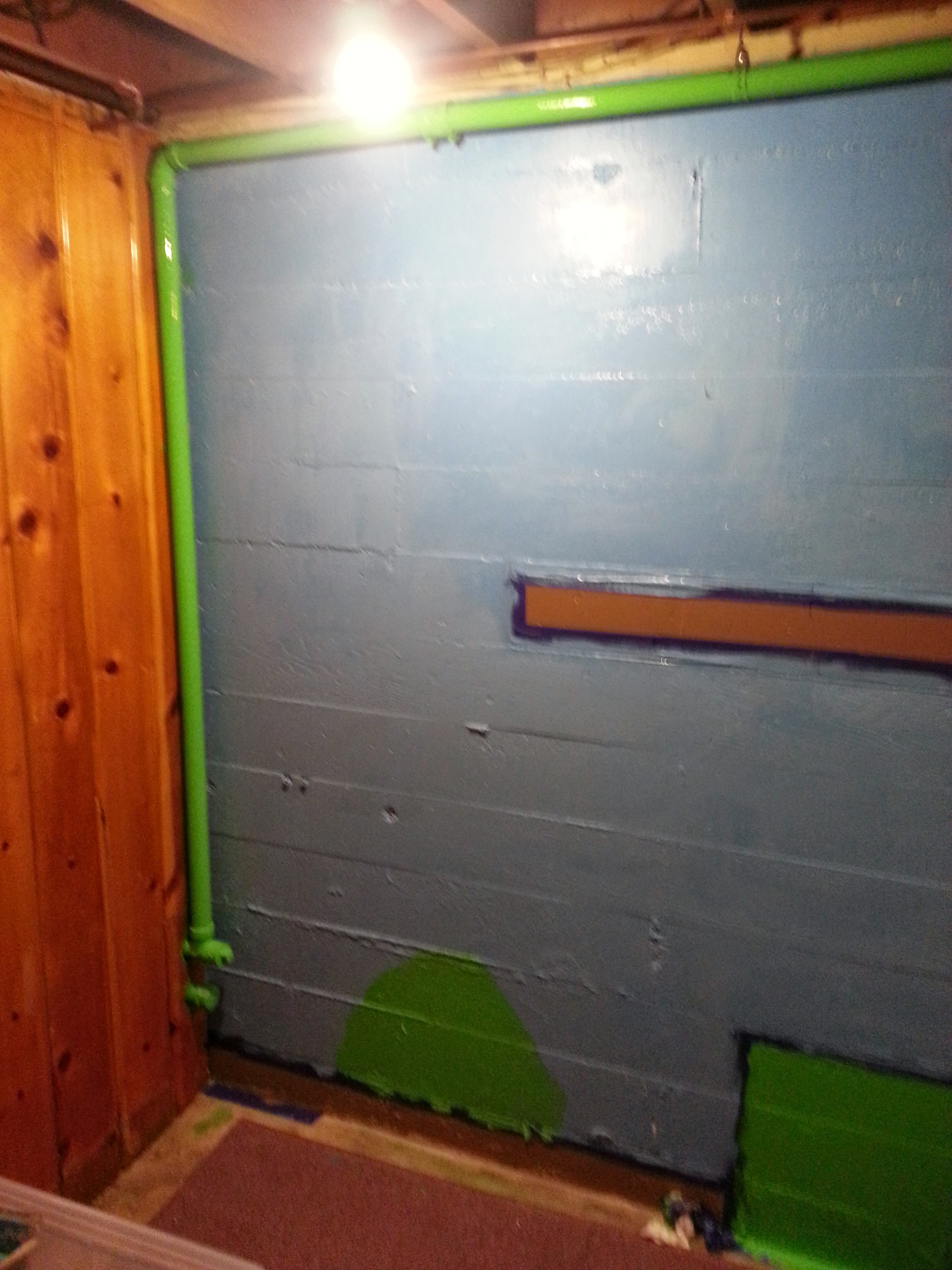 After a while I wasn’t as neat as I had been, but I do think it turned out pretty great in the end. 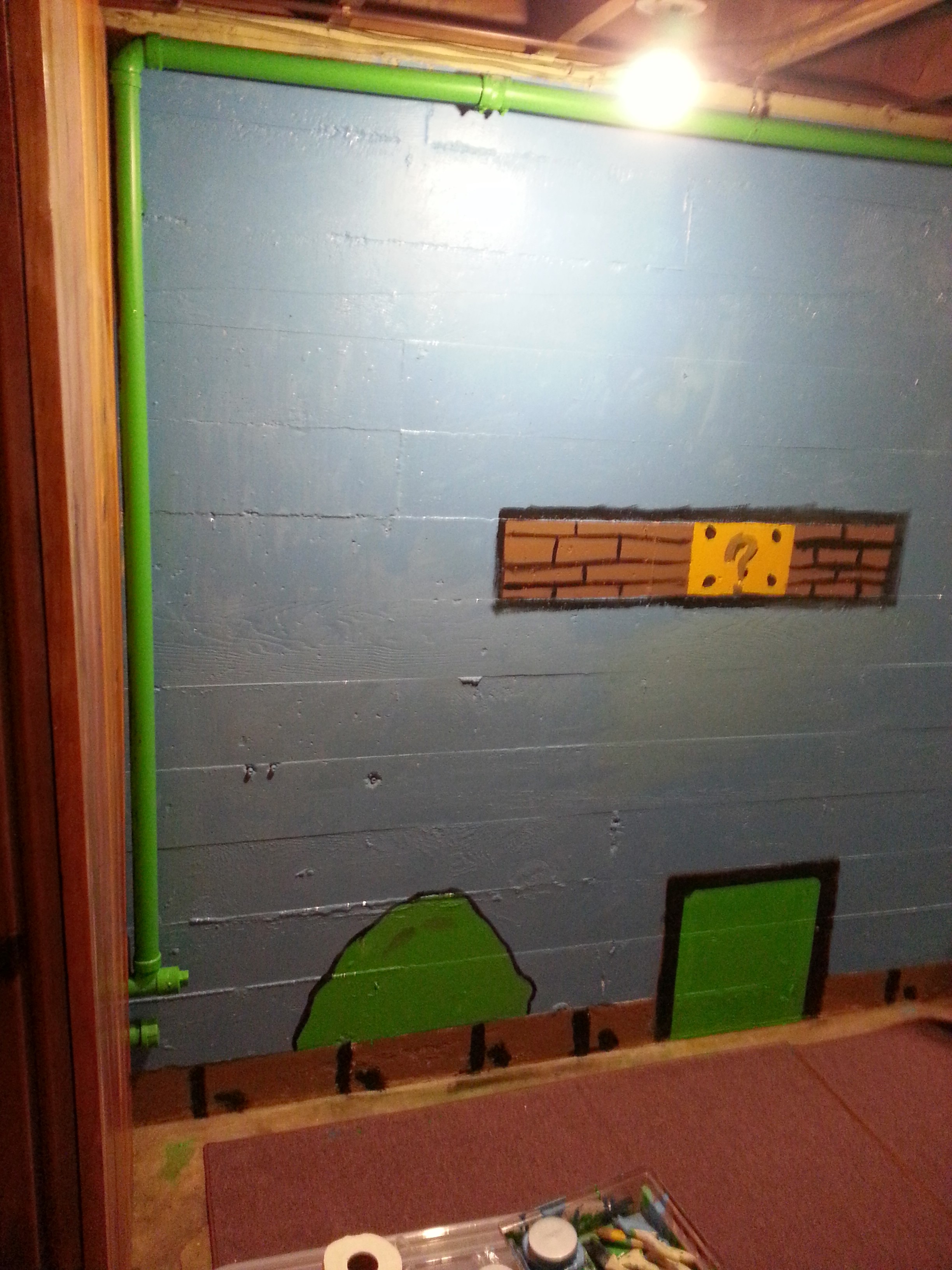 I even painted the pipes green 🙂 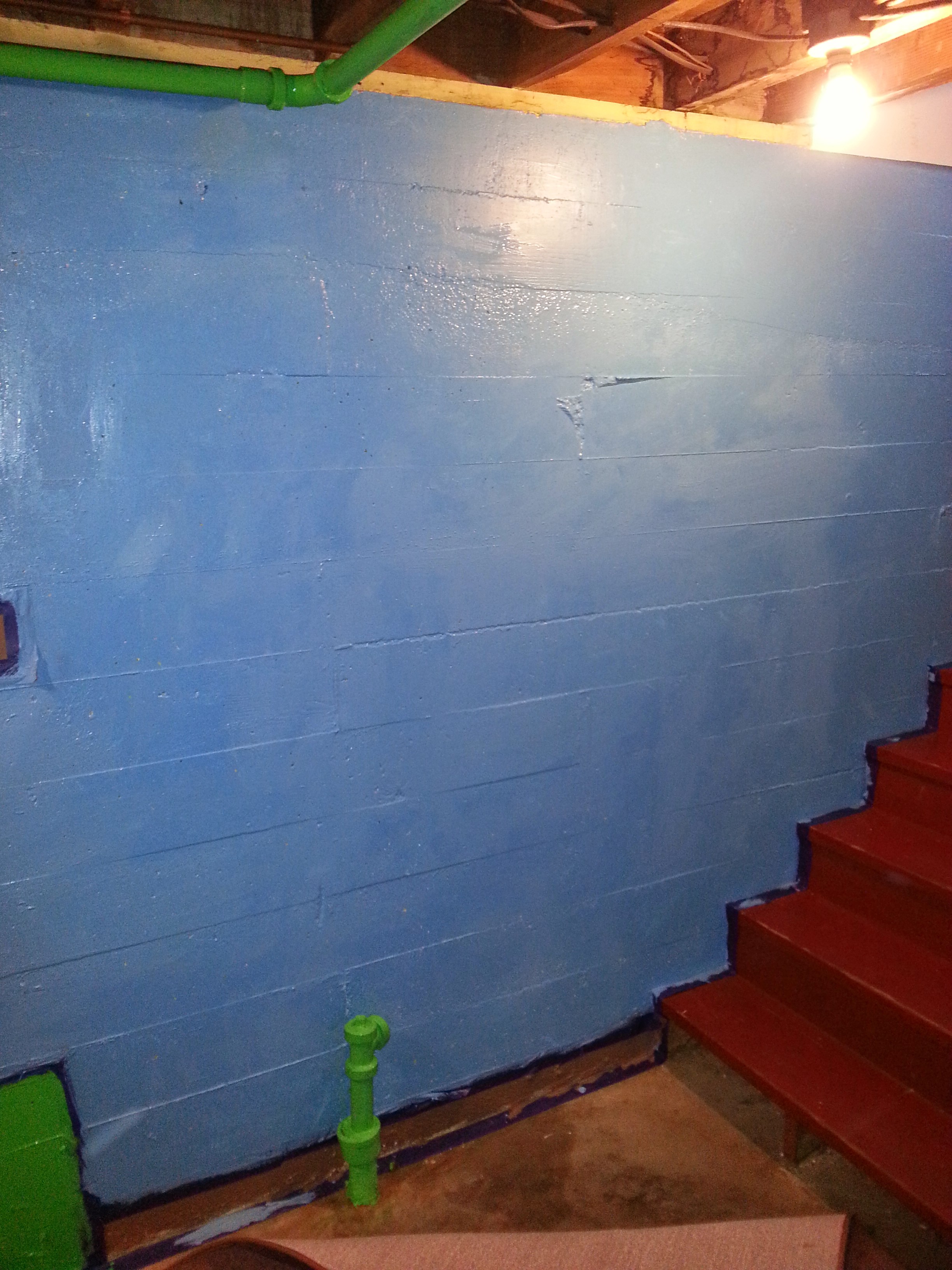 I’ll probably add a character or two now and then, good times 🙂