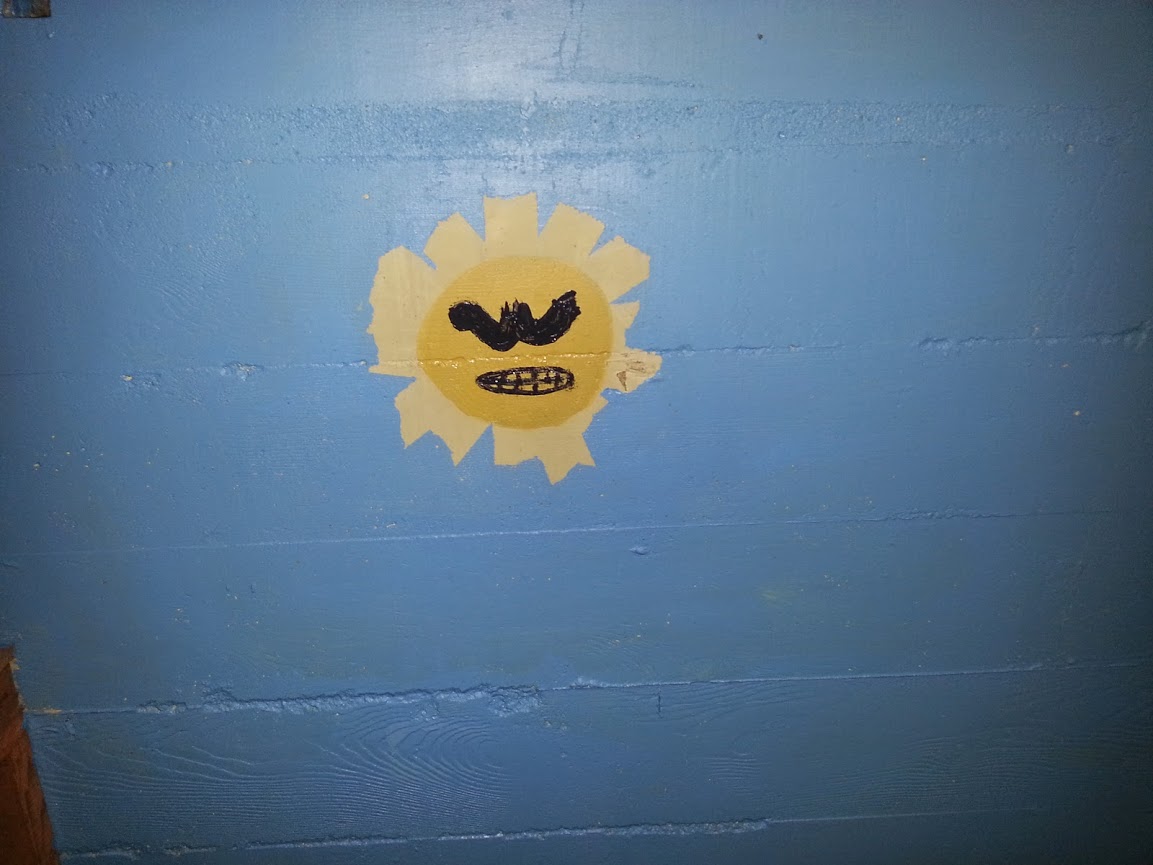 I just got back from a camping trip this morning, so rather than spend the morning building things with bricks, I decided to continue on my kick of painting things.

Right off I decided to paint my favorite Mario 3 character onto a basement wall: Angry Sun!

I found a wall that was looking pretty empty in my basement. It’s a section I consider the “media and networking” room, so most people just walk through it like a hallway without even turning on a light. So I want large, broad strokes. I also played a bit with inverse colors. The intended effect is that you come through the room and Angry Sun is watching you angrily. 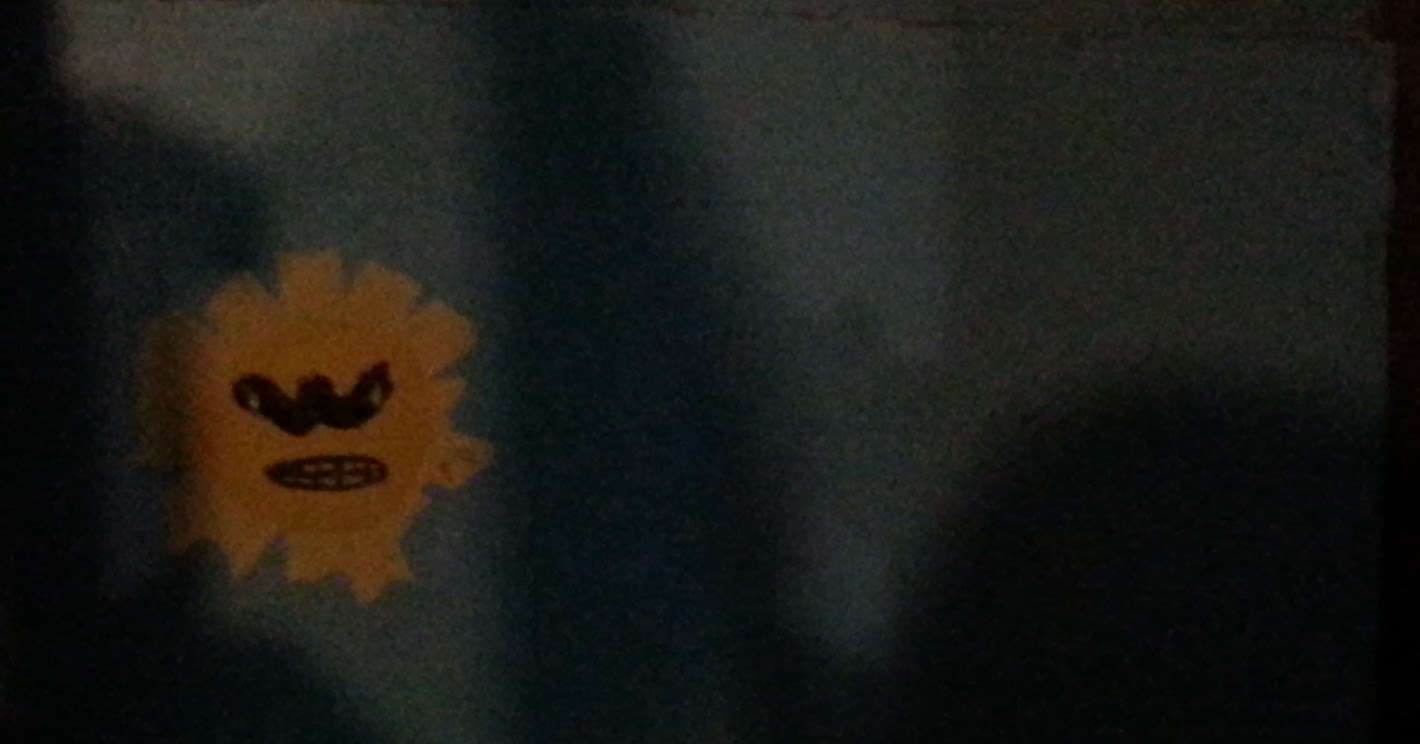 First I taped, then I painted. 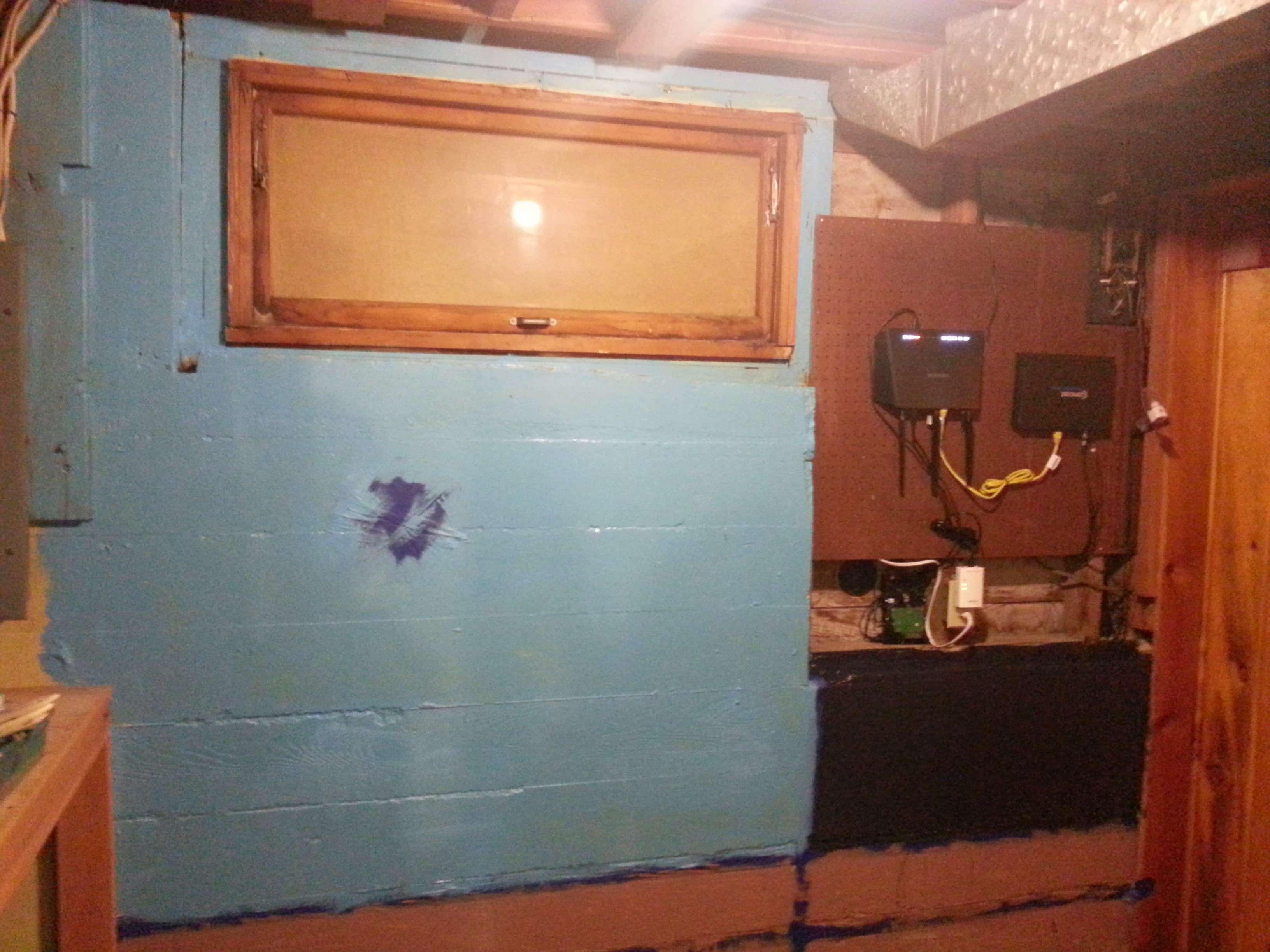 While the first round of paint was drying, I decided to spruce up my downstairs freezer. I had purchased some awesome Final Fantasy characters from a local gaming shop and they didn’t look quite at home on a regular fridge. Luckily, RPGs have a classicly simply interface. For now I just did the backgrounds and the piping. I’m going to get some of those word magnets for the fight commands and let people switch them out.

I taped and painted. 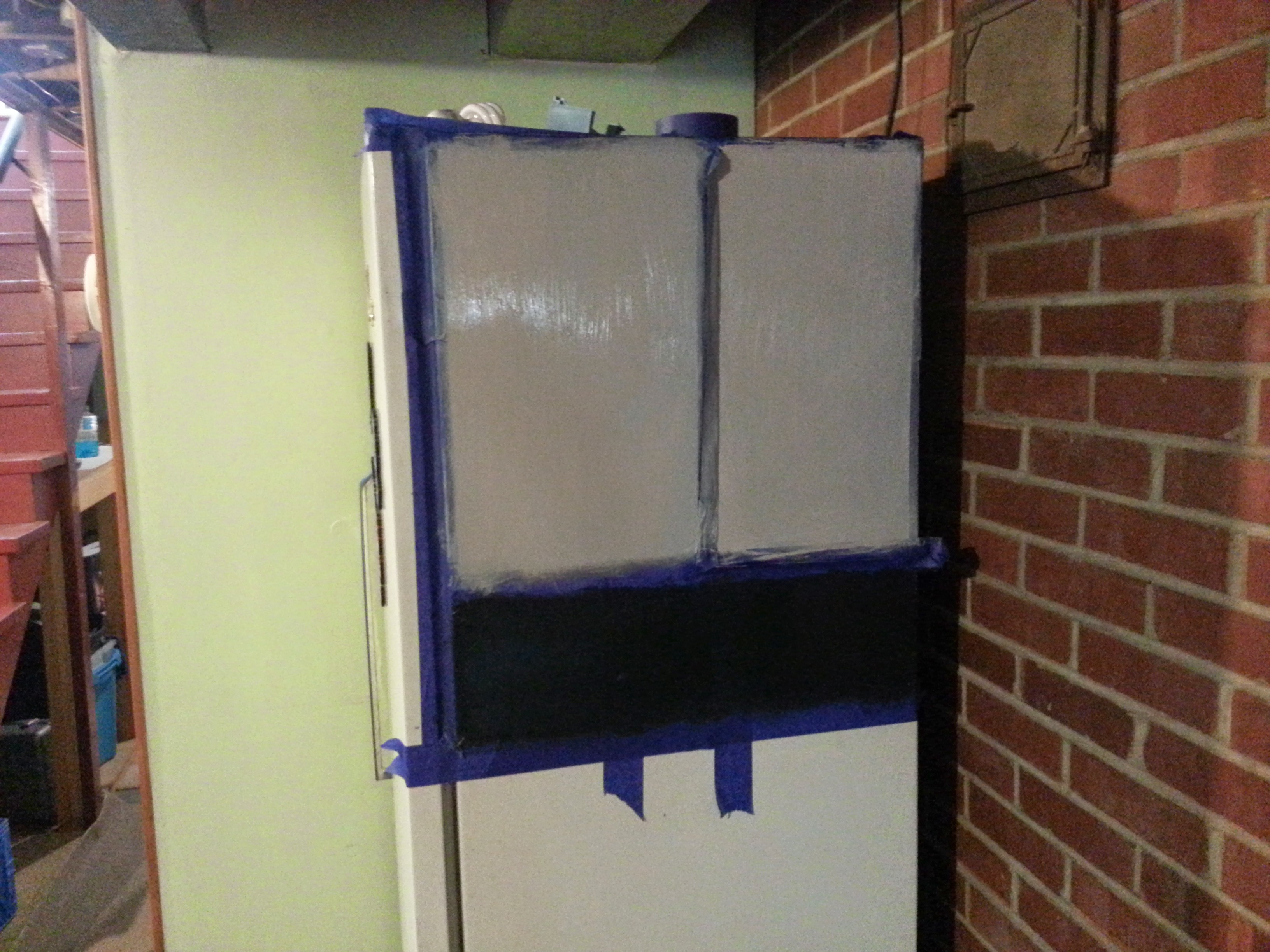 I think it turned out ok, I may add a layer of drop-shadow. It’s going to be fun when I get the words (perhaps later today!) 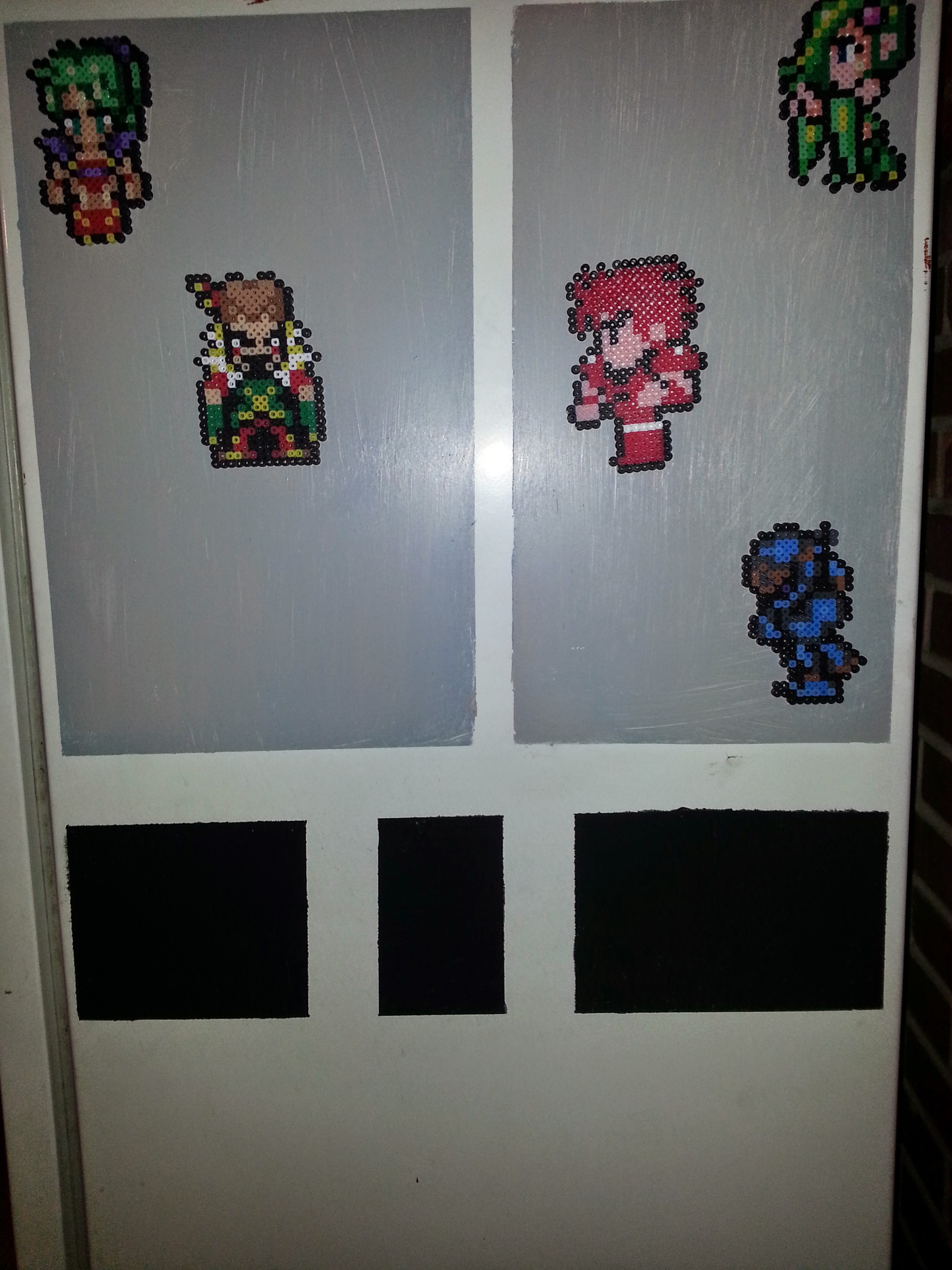 After the first round of paint had dried on the basement wall, I removed the tape and painted a yellow circle for the angry sun. I tried to place it right where the light from the stairs casts a ray into the room. 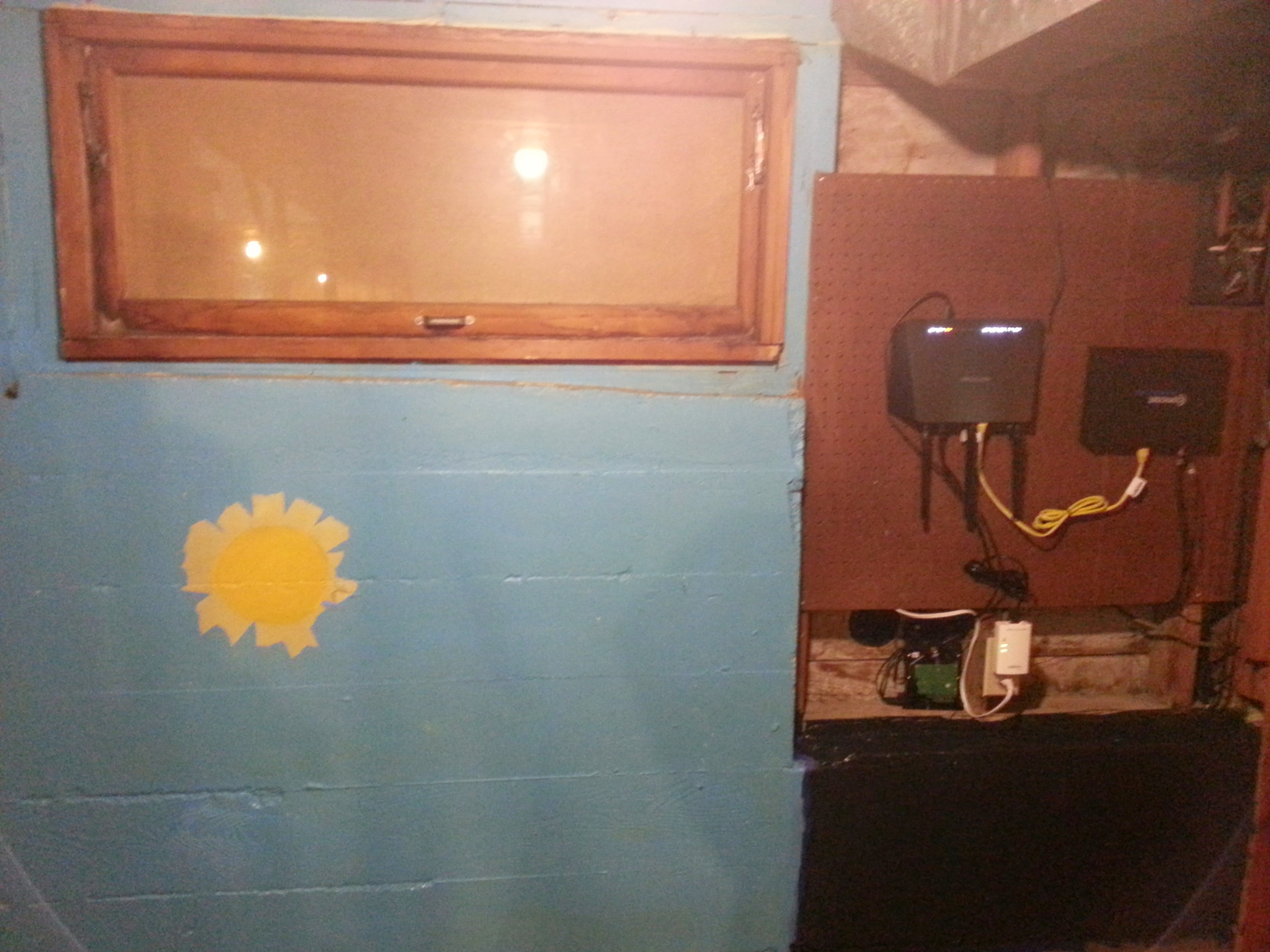 I removed all of the original tape, then gave a few strokes of black to give the impression of black (and angry eyeballs). I ended up covering the pupils with shiny paint, which gives a better effect in person than it does on camera.

I then decided I needed to hide away all that networking equipment. I found a nice (cheap) curtain at the Japanese dollar store (daiso) that seemed about right.

Here’s how it looks when you walk up with the lights off. 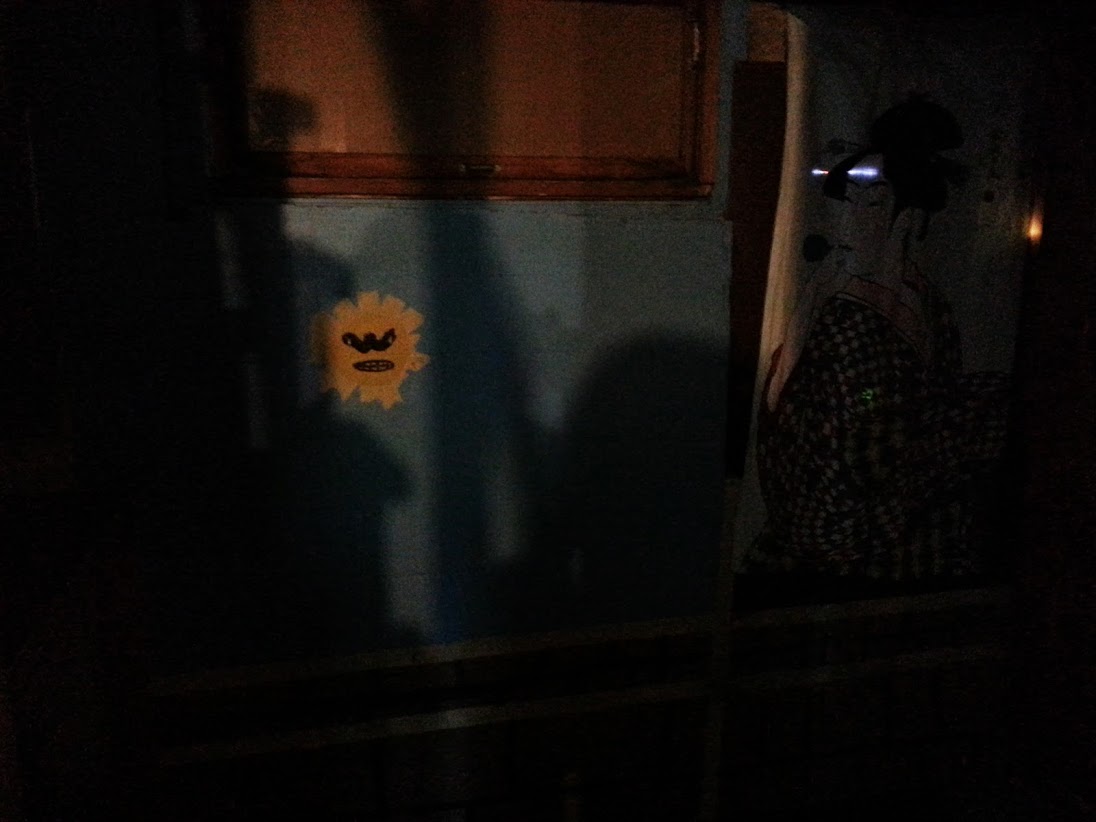 And when you turn them on. 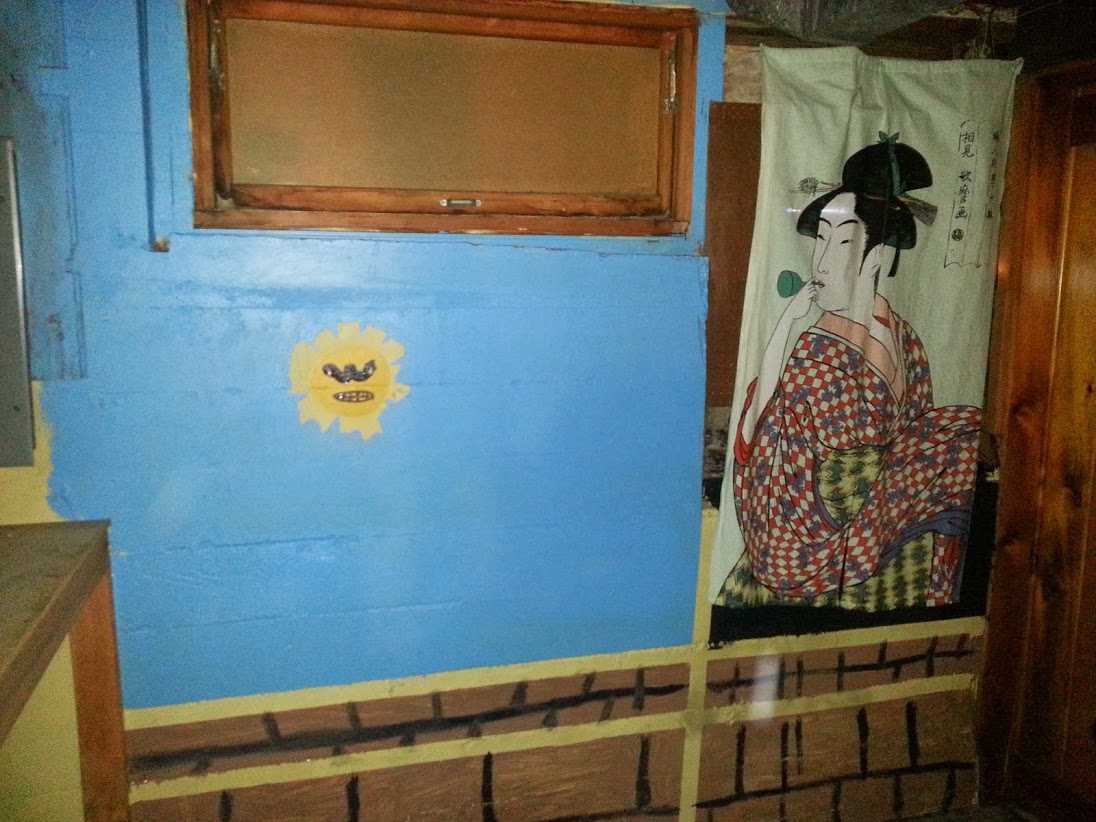 I’ll probably sprinkle in a few characters and some sand texture now and again, but for now I’m pretty happy with how it turned out.