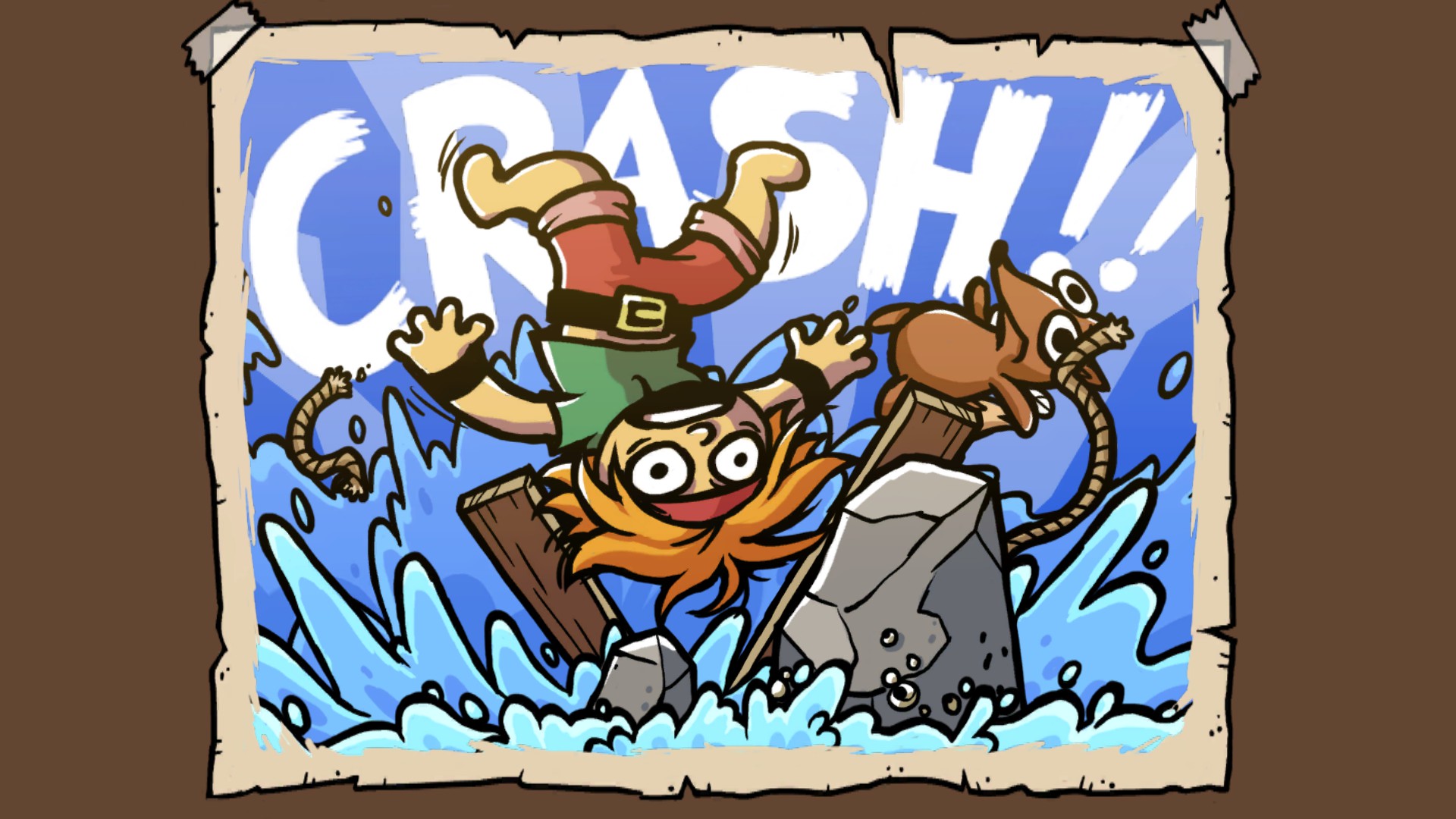 Ittle Dew is a Legend of Zelda parody that’s light on story and heavy on block puzzles. Very heavy. 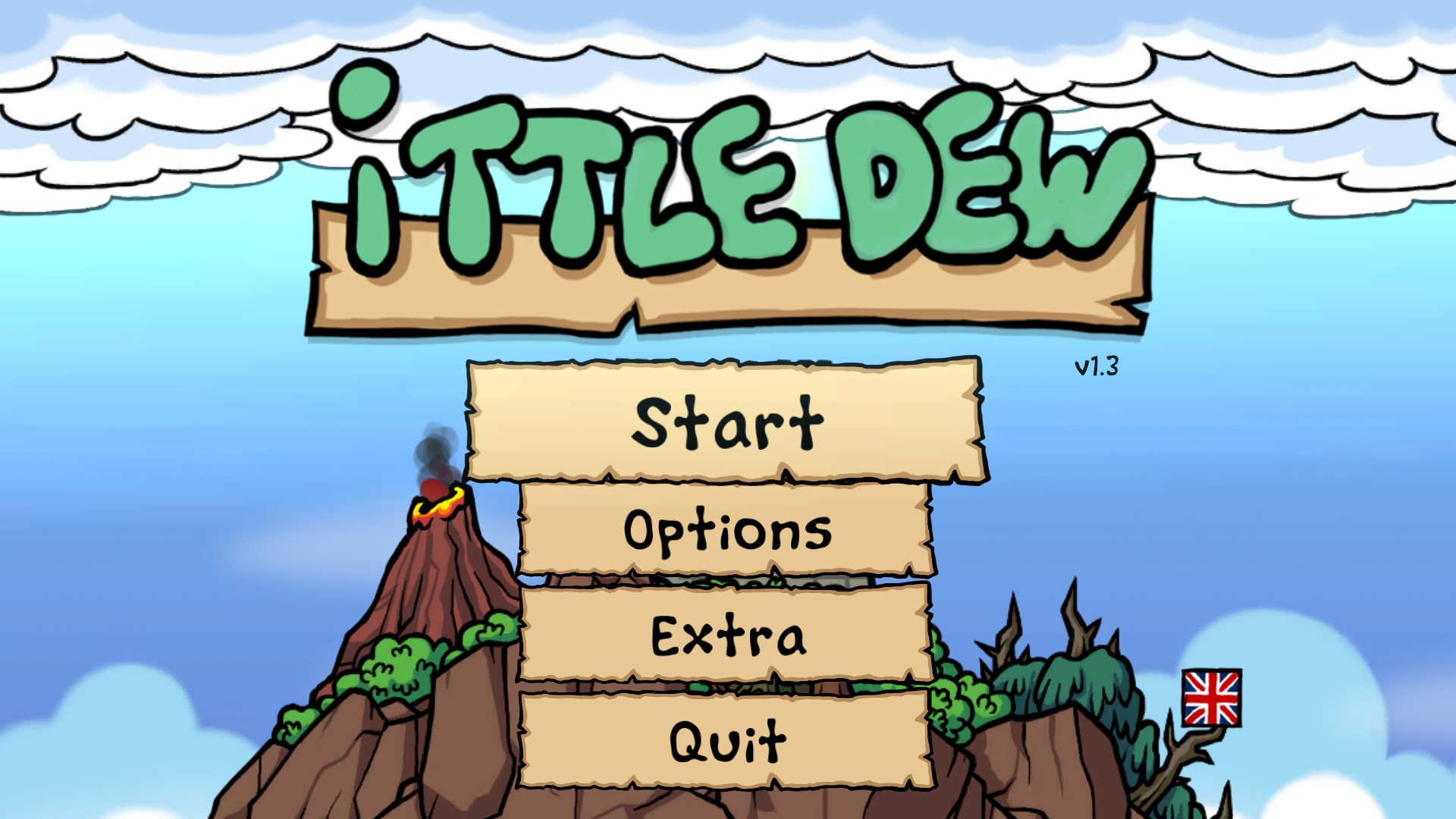 Ittle Dew is a young adventuress who crashes her raft onto an island filled with treasure and adventure. Points for having a strong female lead.

The graphics are colorful and perfectly fit the lighthearted tone of the game, nothing to complain about here. It reminds me of some of the more well-done flash games of ages past. 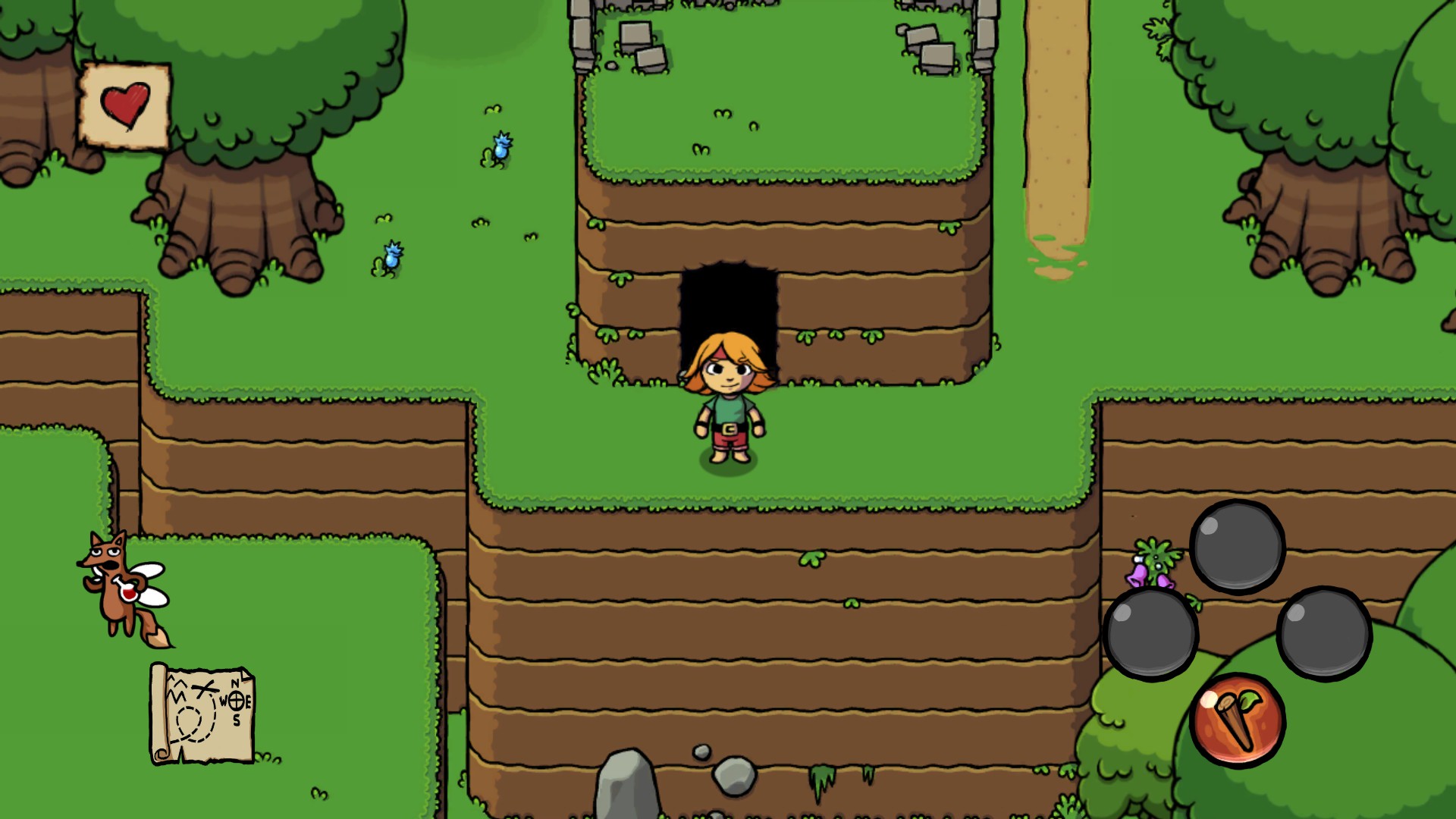 There’s a minimalism at play throughout Ittle Dew. The game announces flat-out that are no hidden chests in dungeons, all are available through the standard path of the game. This is really only half-true, as there are optional dungeons scattered about that always end in a chest behind a puzzle of some sort. 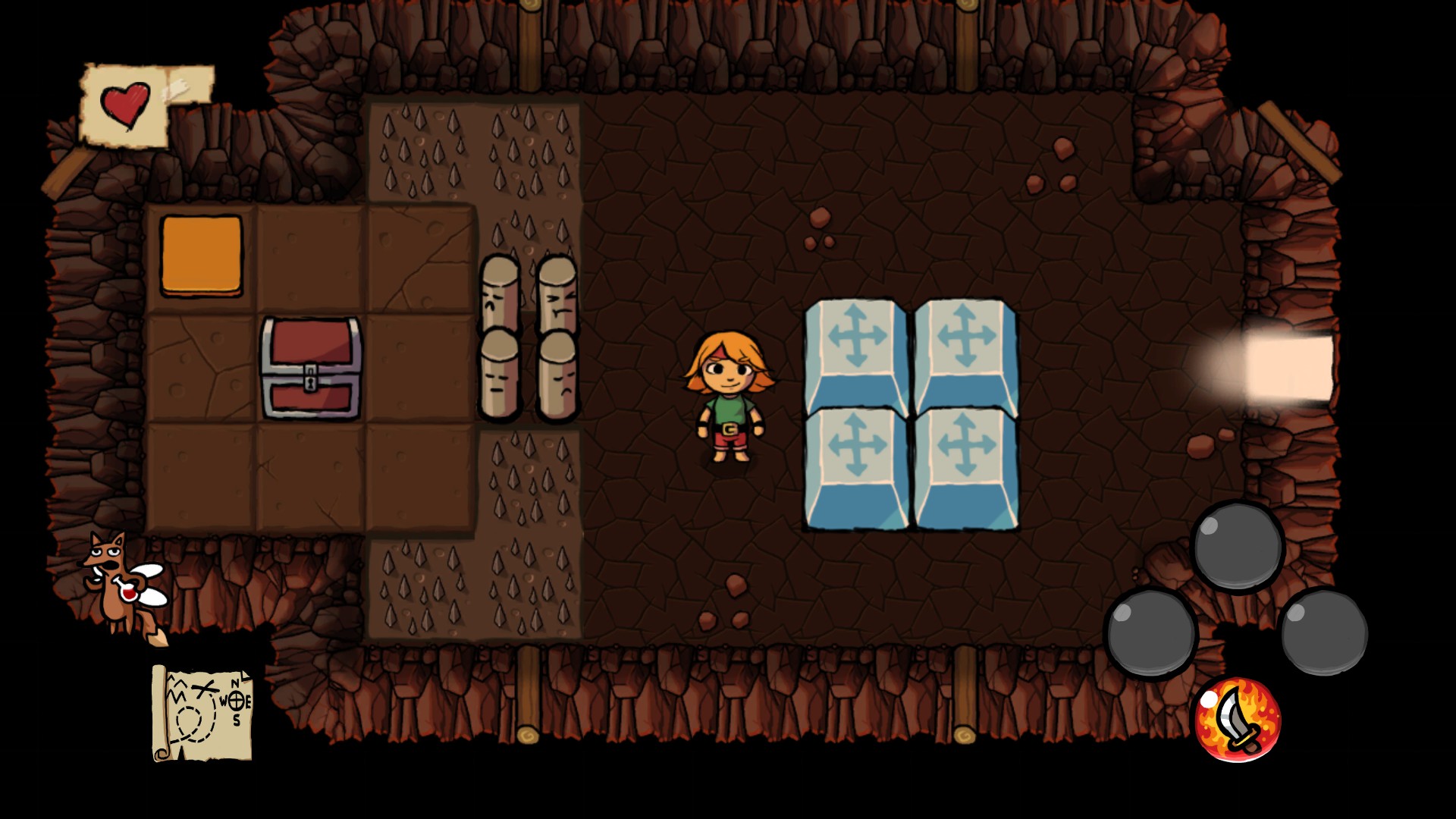 I learned something while I was playing Ittle Dew. Puzzles are not the reason I play Legend of Zelda games. After about 4 dungeons with screen after screen of logic block puzzles, I began to question why I was even playing Ittle Dew. That’s not a good sign. There’s nothing inherently wrong with minimal design, but a game designer must be very careful when they cut features from a parody game. Cut too much, or focus on one element of the game too closely, and you risk alienating your audience with a game that’s no longer a similar enough experience to the source material to be considered parody. This may be the case with Ittle Dew. 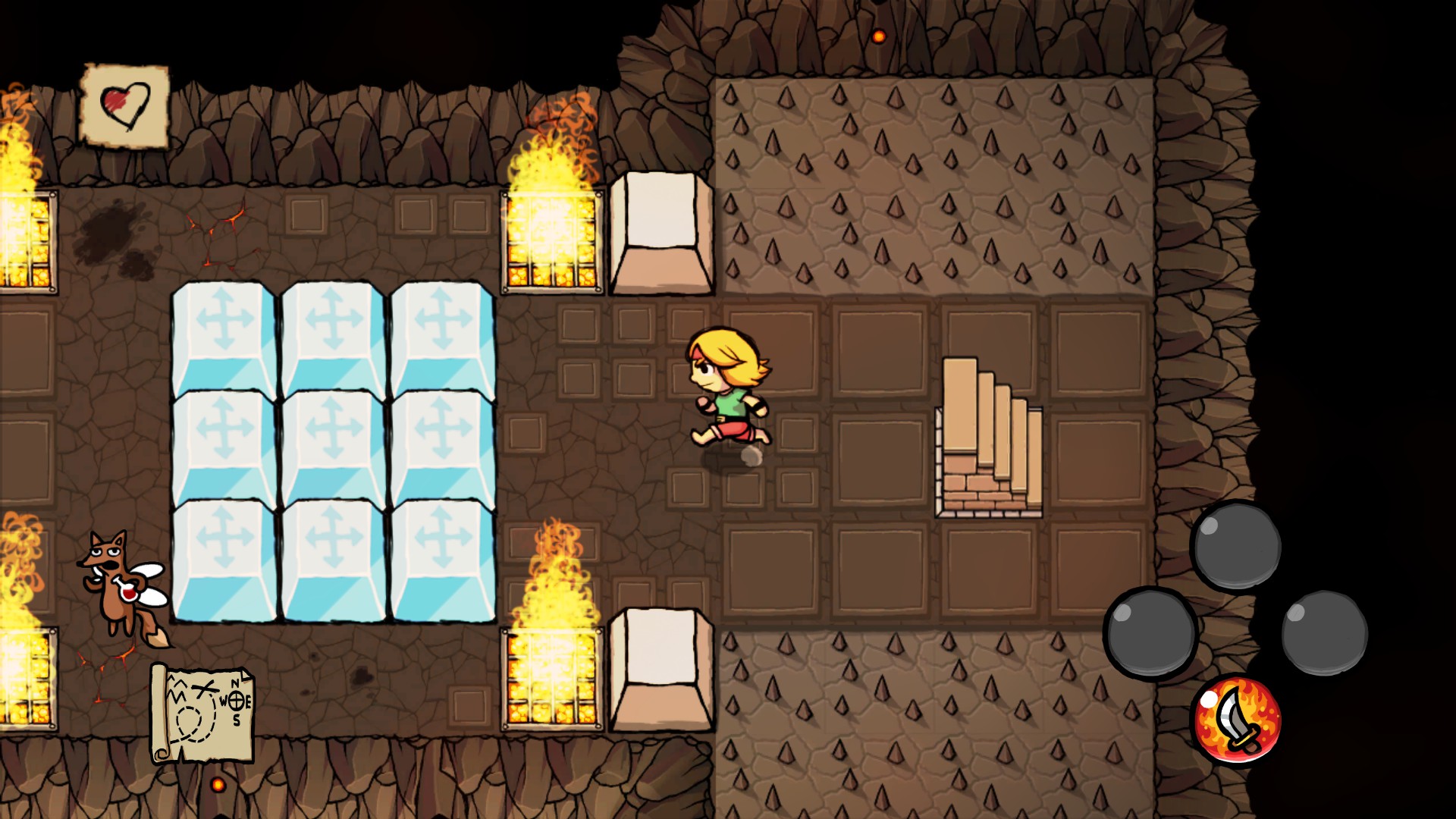 As with most adventure games, there are collectibles to be found. In Ittle Dew, these manifest as trading cards which have no apparent use in the game. That’s a bit frustrating, as there are only about 4 total items in the game and each relates directly to a block-moving puzzle mechanic. That’s perhaps my biggest gripe about Ittle Dew. It’s one thing to have a game based purely on puzzles. Plenty of good games can claim that. The failure here is that each puzzle begins to feel very much the same. Figure out how to move X blocks into Y squares using item Z. 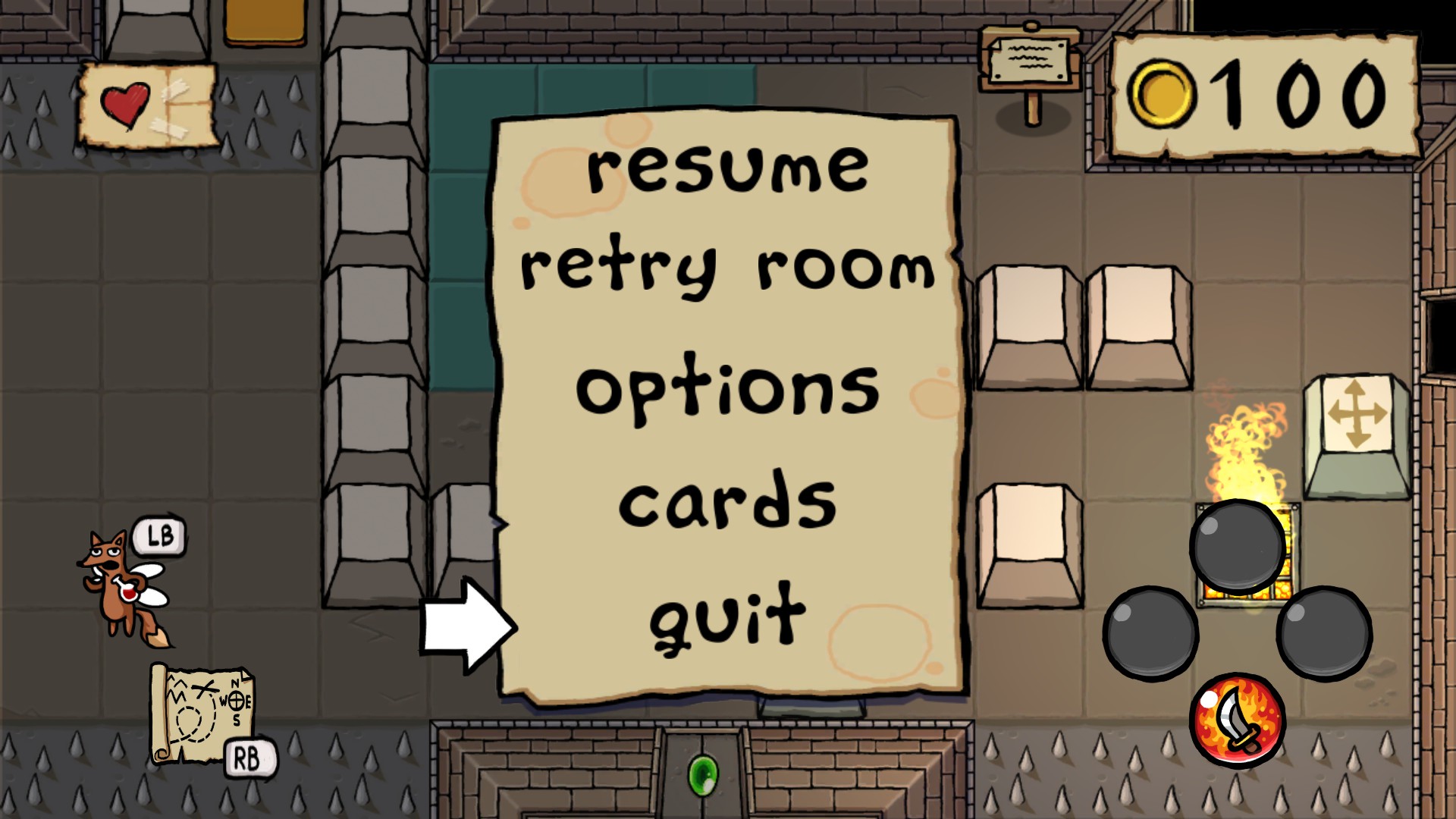 In the end, I enjoyed Ittle Dew in short bursts. Each dungeon was so jam-packed with block puzzles my enjoyment of the mechanic began to fade towards the end of my 3-ish hour playthrough. After 30 minutes or so I would become rather bored with the endless stream of puzzle-block rooms ahead of me. The lack of storyline or a compelling reward for victory only added to my ennui. Contrast this to the last game I reviewed (Shovel Knight), where I absolutely couldn’t wait to play again, and had to force myself to stop after long sessions. That is the hallmark of an excellent game, and certainly the hallmark of any Zelda title I’ve played, a series of titles Ittle Dew doesn’t quite live up to. 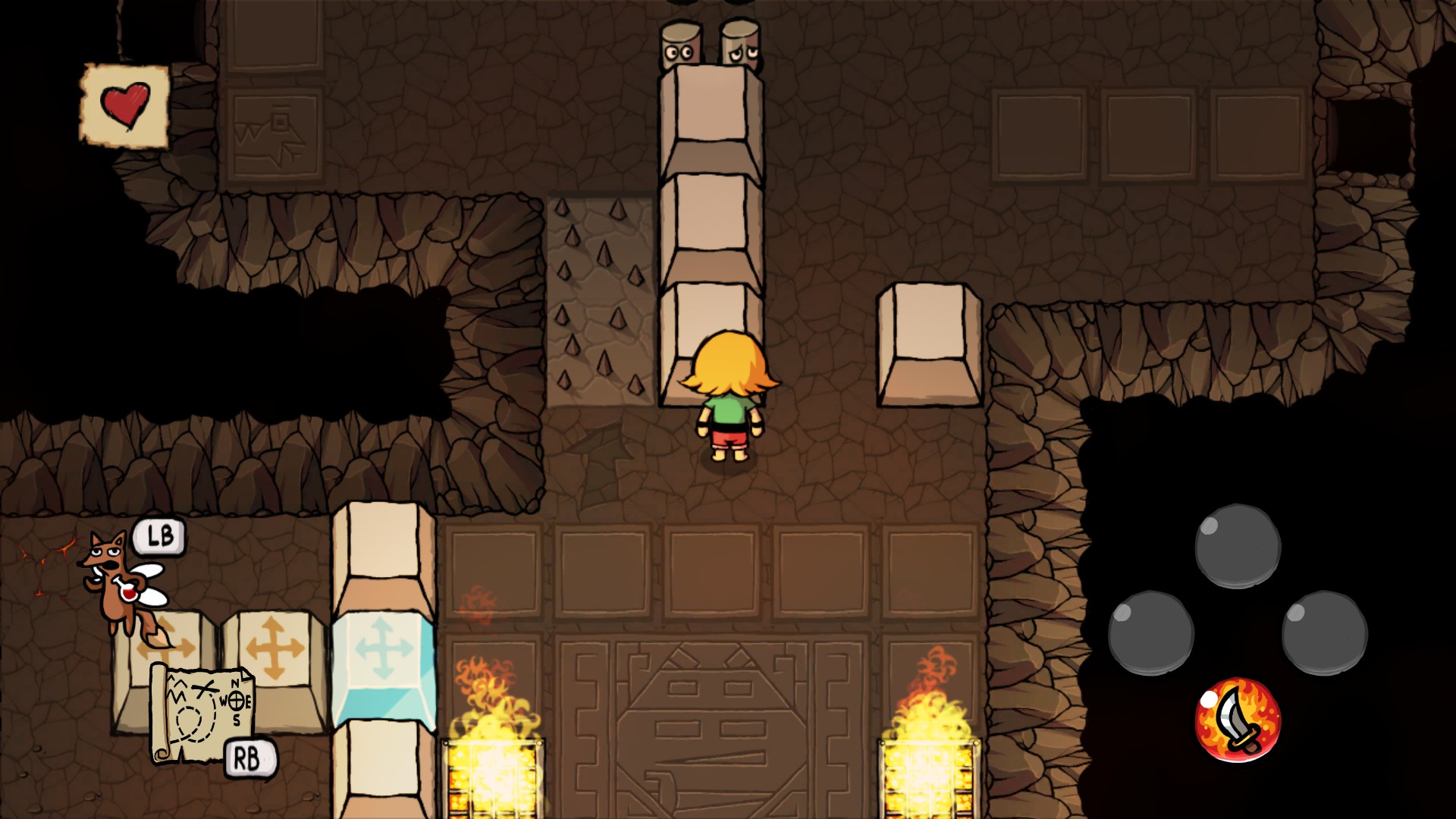 I give Ittle Dew a 66%, a bit below average. If you like block puzzles you may just love this game. Otherwise, just go play Zelda.