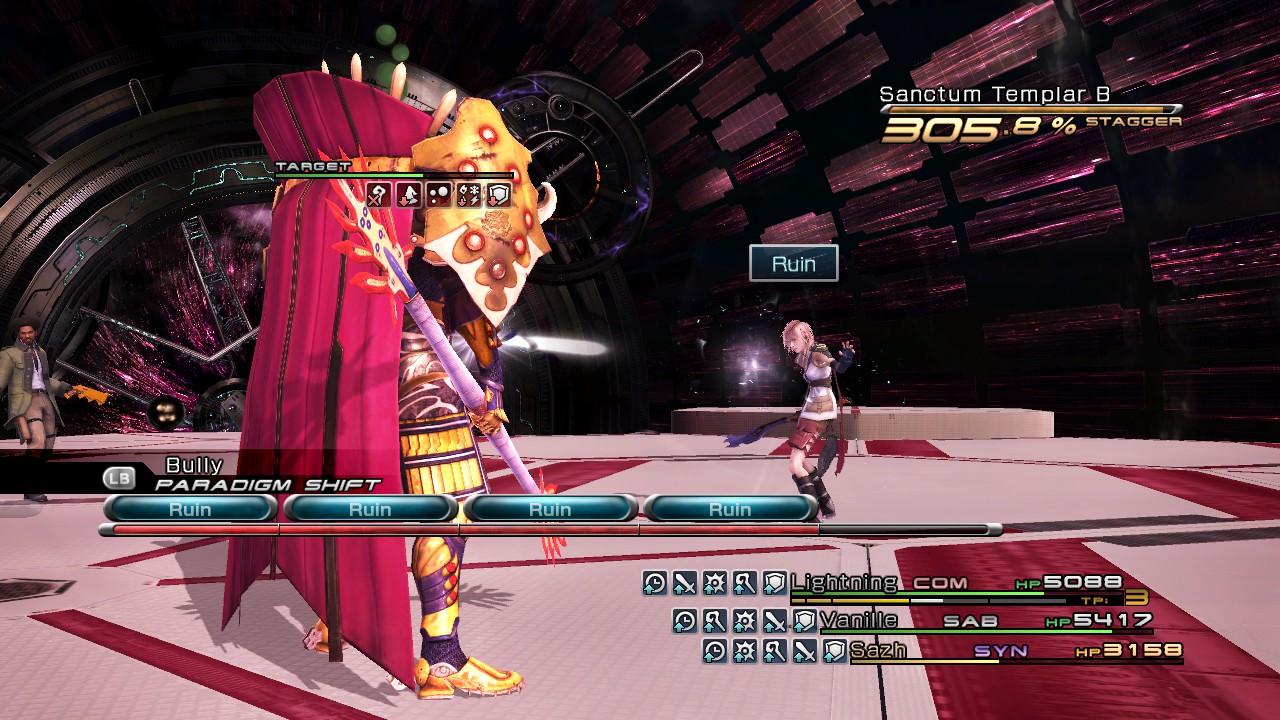 I remember the demo. In the brief period before I was banned from the PSN network I would download game demos. When the demo for the thirteenth installment in the Final Fantasy franchise dropped 5ish years ago, I downloaded the multi-gig demo right away. Ok, so it was more like the 25th Final Fantasy game, but it was the 13th official integer numbered installment.

I didn’t care for it. Now it’s out on Steam and I put 53 hours into it over the course of many weeks before I saw the credits roll. What changed in the past 5 years? Have I changed, has the gaming landscape changed? Was FF13 5 years ahead of its time? 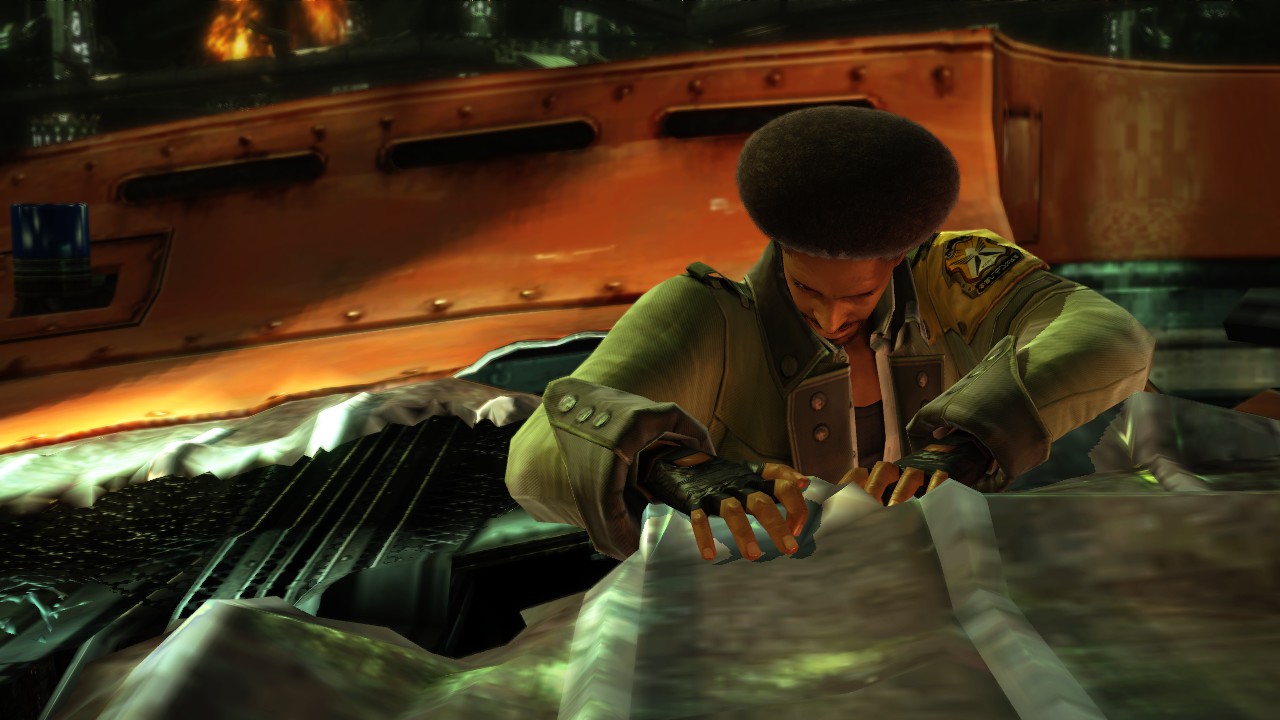 Somehow I doubt it. Rather, 5 years ago I was working at a start-up and didn’t have the time to invest in a good Final Fantasy game. And that’s really what Final Fantasy 1e is, an investment. You invest a great deal of your time for an experience and a story that’s uniquely Final Fantasy. 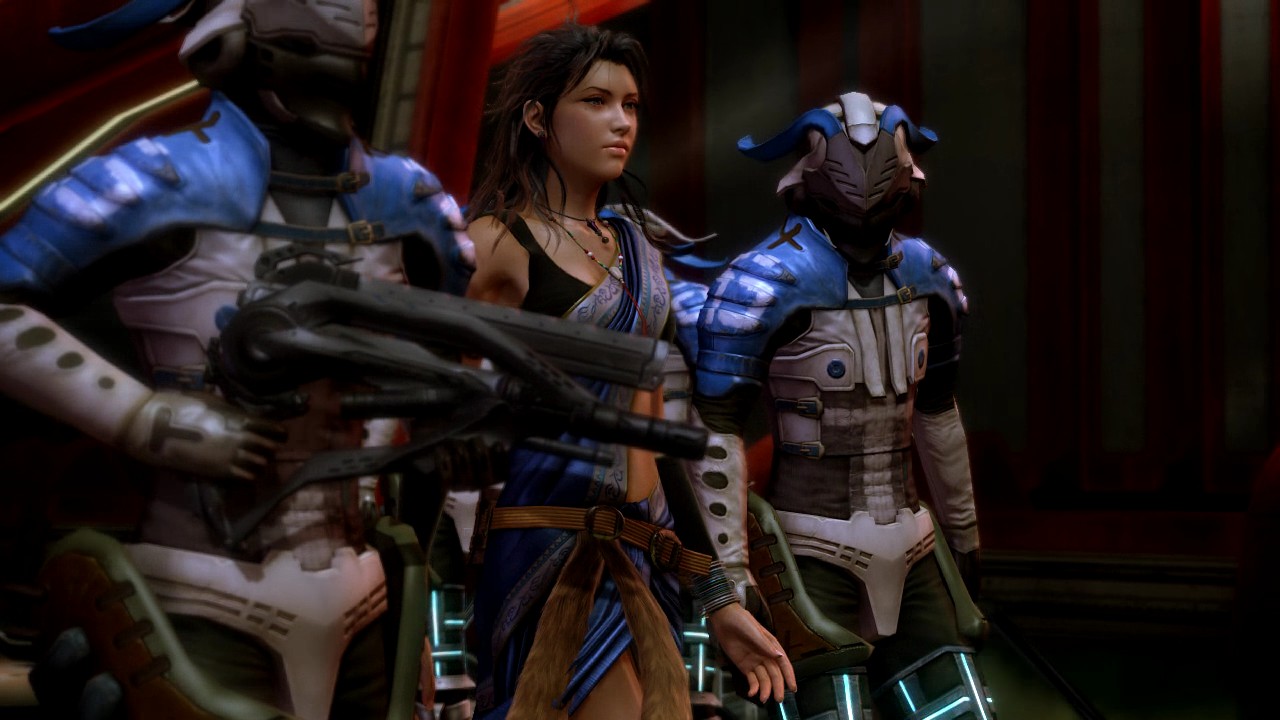 Final Fantasy 13 is, if anything, unique. It features an epic sci-fi/fantasy storyline and a rich RPG system that cherry-picks elements from past games in the series. The ATB battle system from 4 is back (my favorite in the series), as is the AI controlled secondary characters from 12. Chocobos make an appearance (and require an oddly paced series of side-quests I’ll touch on later.) City and character names are often drawn from the classic Final Fantasy pool (porumpolum from 4, cid from every game ever, all of the summons from 4 forward.) 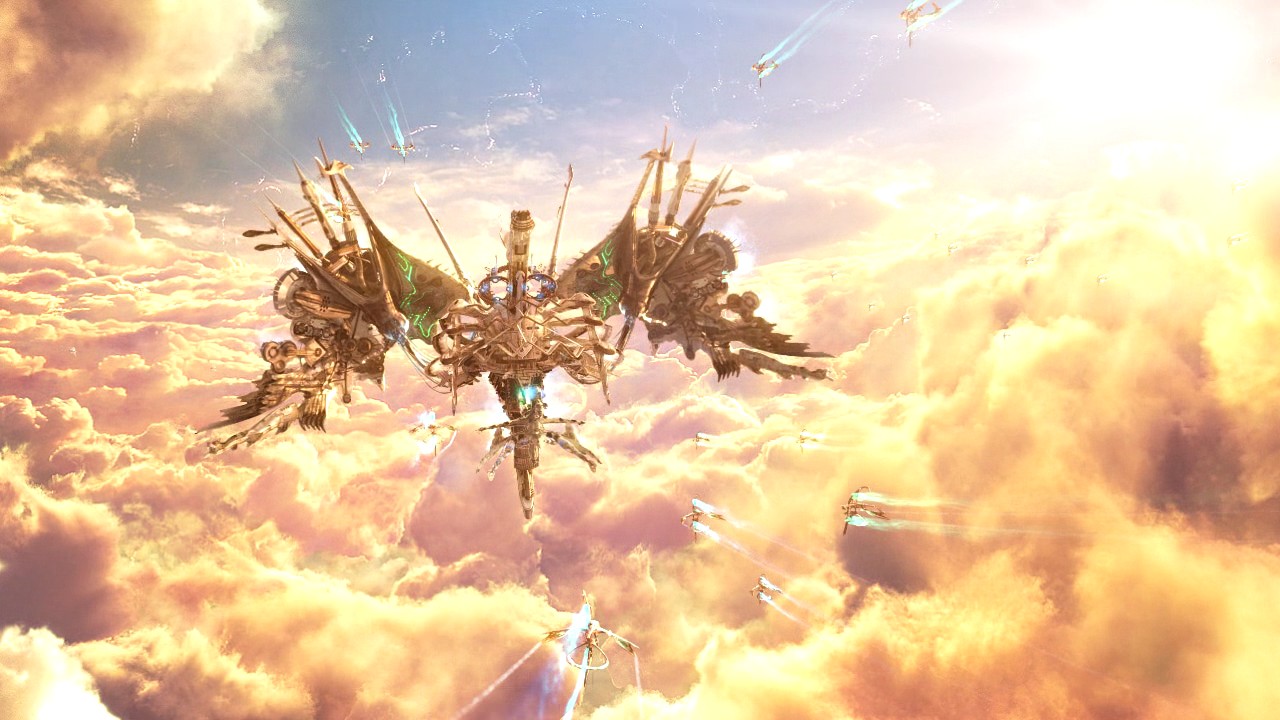 The thing is, you have to really work for things in 13. That’s not to say it’s a hard game (most of the time), but you have to put in a great deal of time before you gain access to features you had from hour 1 in previous games. I’m talking about the ability to pick who is in your party, riding a chocobo, casting a summon, deviate even 1 screen from the mostly linear gameplay map, etc. These are basic elements of most RPGs. Not to mention there’s no overworld. Why did the creators of 13 choose to spread out the features over many hours of gameplay?

I have a theory. Most players don’t make it to the end of a sprawling RPG. Perhaps by metering out the gameplay features more slowly, the designers hoped keep the players engaged further along in the storyline. That’s just a theory. Did it work? I don’t think so. One of the more common complaints upon the game’s release was that it was a game set to automatic. I have to admit, the first hour to two of the game you can essentially just hold up and press b over and over until each battle is over. 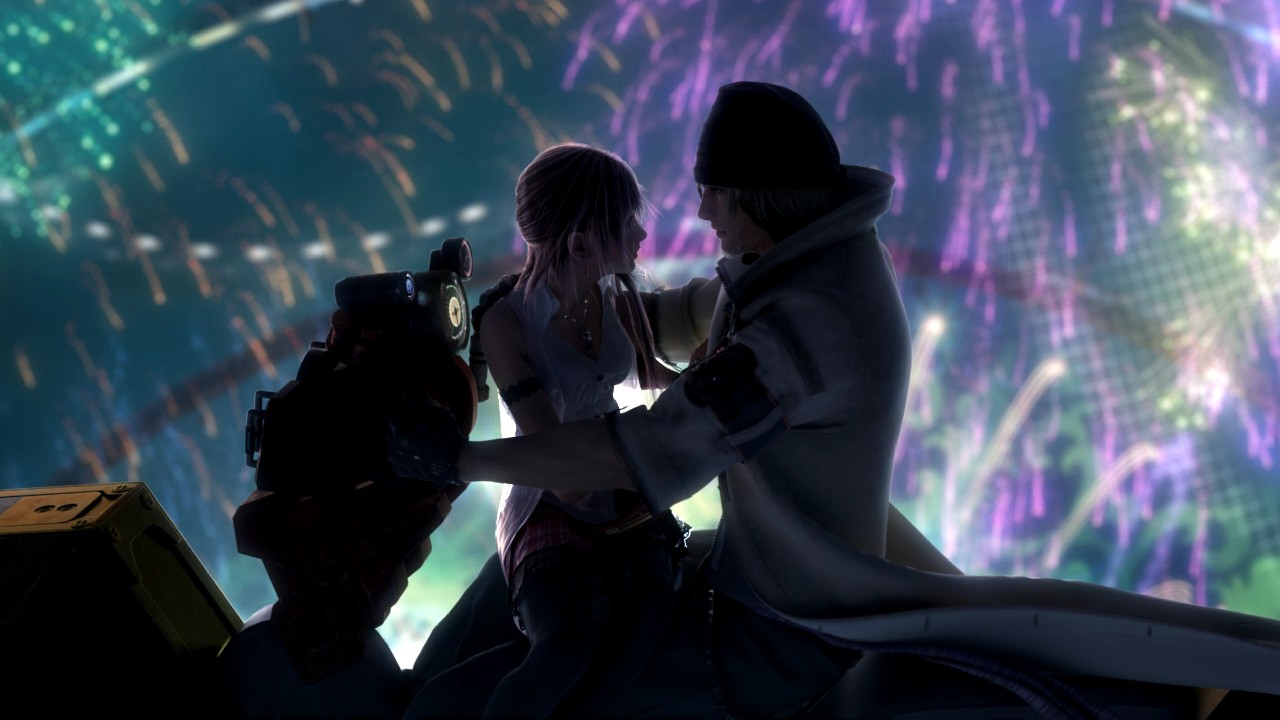 It’s another 18 or so hours after that until you can pick which characters go into your party. What kept me entranced for so long? 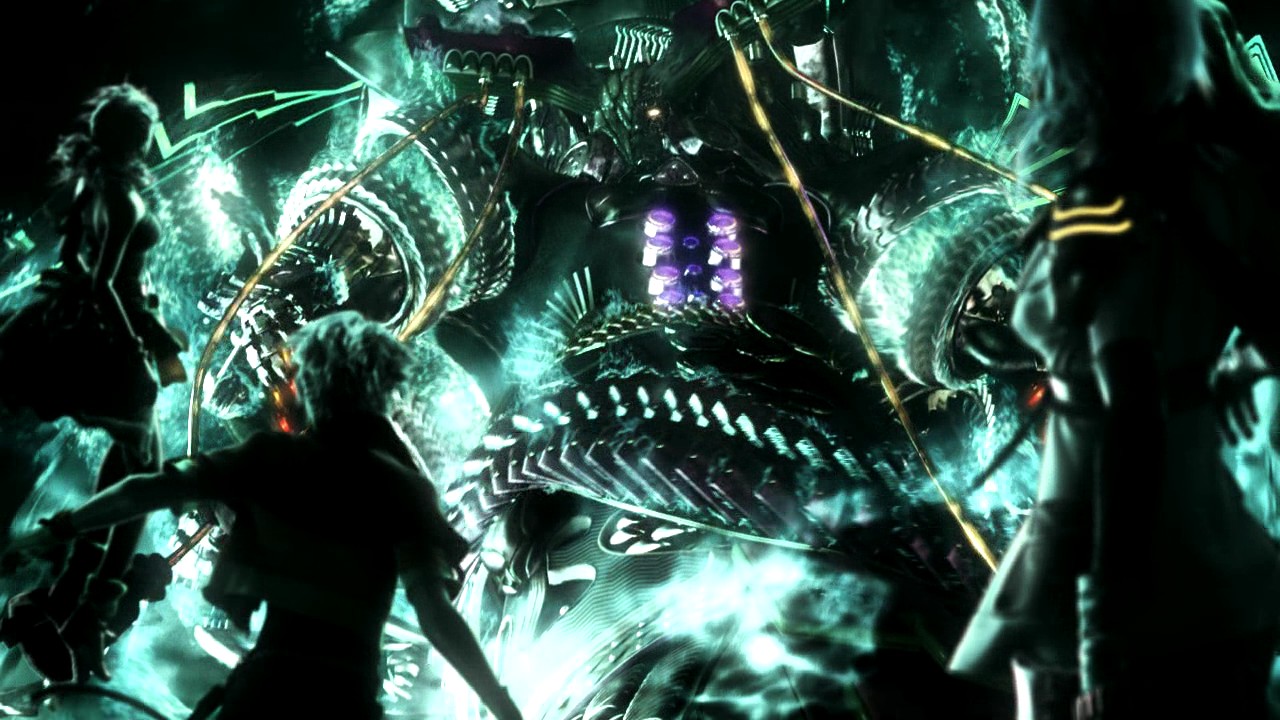 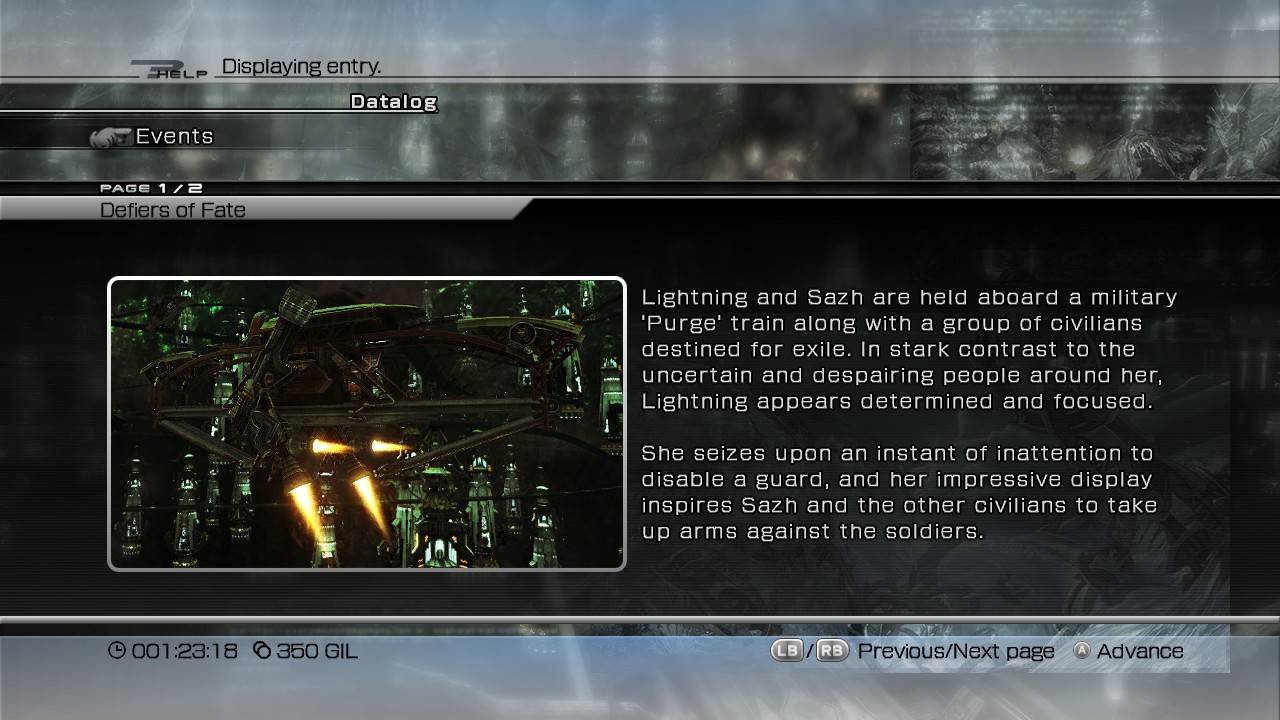 The plot is also an off the wall mix of Final Fantasy magic lore and modern sci-fi tropes. Magically infused demi-gods rule over a complacent population, held high aloft over the wild world below. Hundreds, perhaps thousands of years of history, lore, human suffering, and technological stagnation are presented over the course of the game. It’s a fully fleshed out world with a great premise. 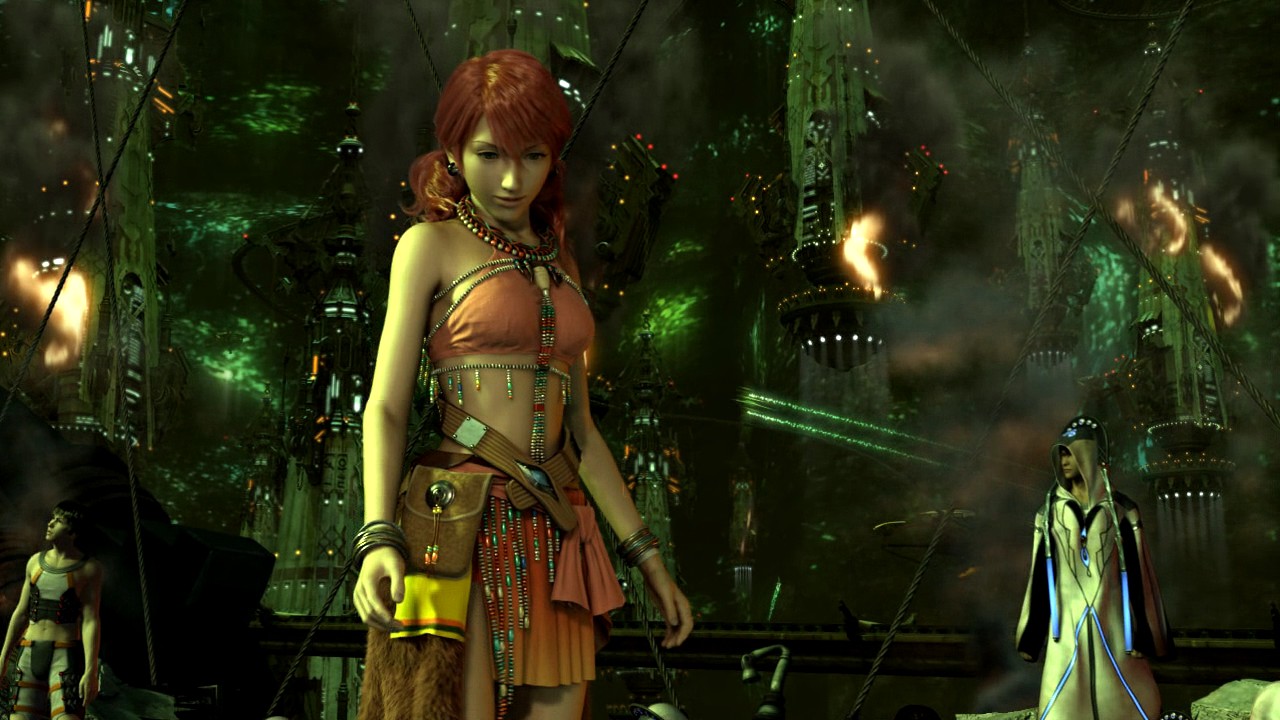 That’s not to say it’s all roses in the writing department. Like most Japanese RPGS, the writing can go from dramatic to incredibly cheese in a matter of moments. This can give rise to some truly cringe-worthy exchanges between the characters. One character in particular will grate on your nerves for the first twenty or so hours of story. 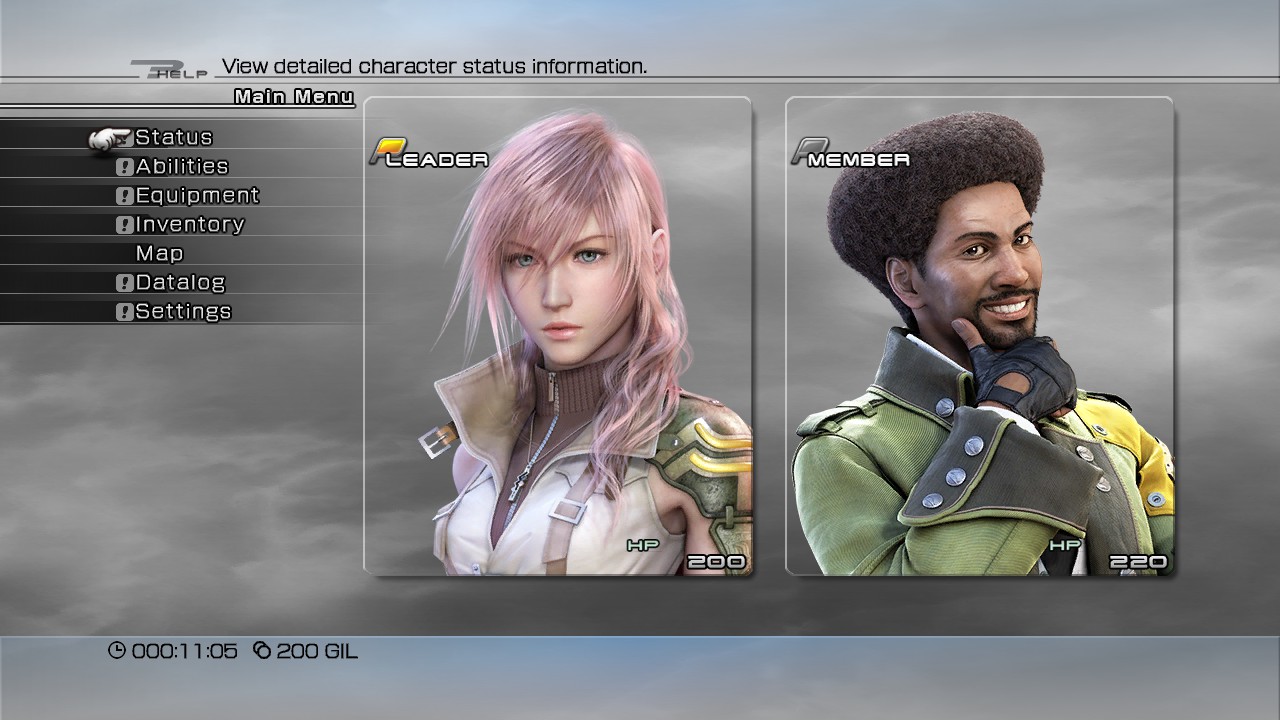 Somehow though, it all blends together to make for an enjoyable experience. I found myself wrapped up with a game like I hadn’t been since high school. 53 hours is an incredible amount of time to spend on anything anymore. Not since dragon quest 8 on the PS2 had I found myself putting so much time into one experience. 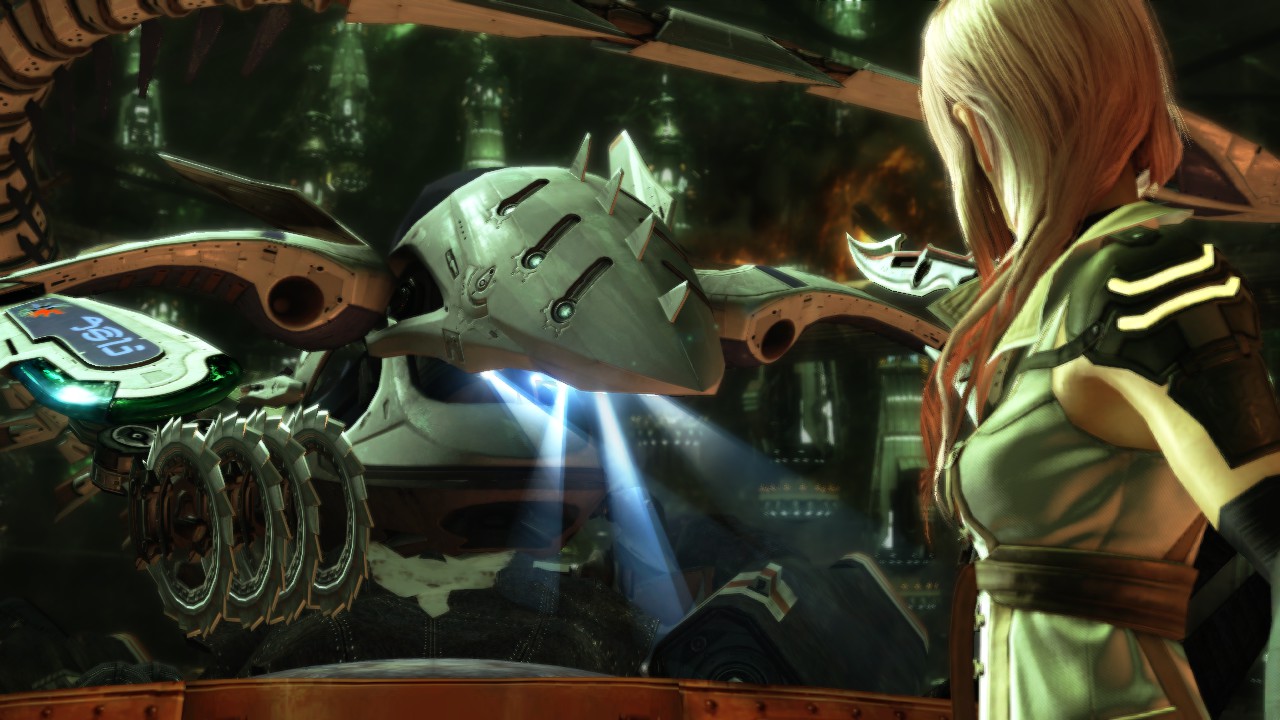 That’s what Final Fantasy is though, an experience. I still very much recall the details of Final Fantasy 7 because I spent 60 or 70 hours playing it. The fact that this was when I was in high school nearly 20 years ago doesn’t dull the memory. It’s a unique page in my gaming scrap book. That’s how I feel about 13. 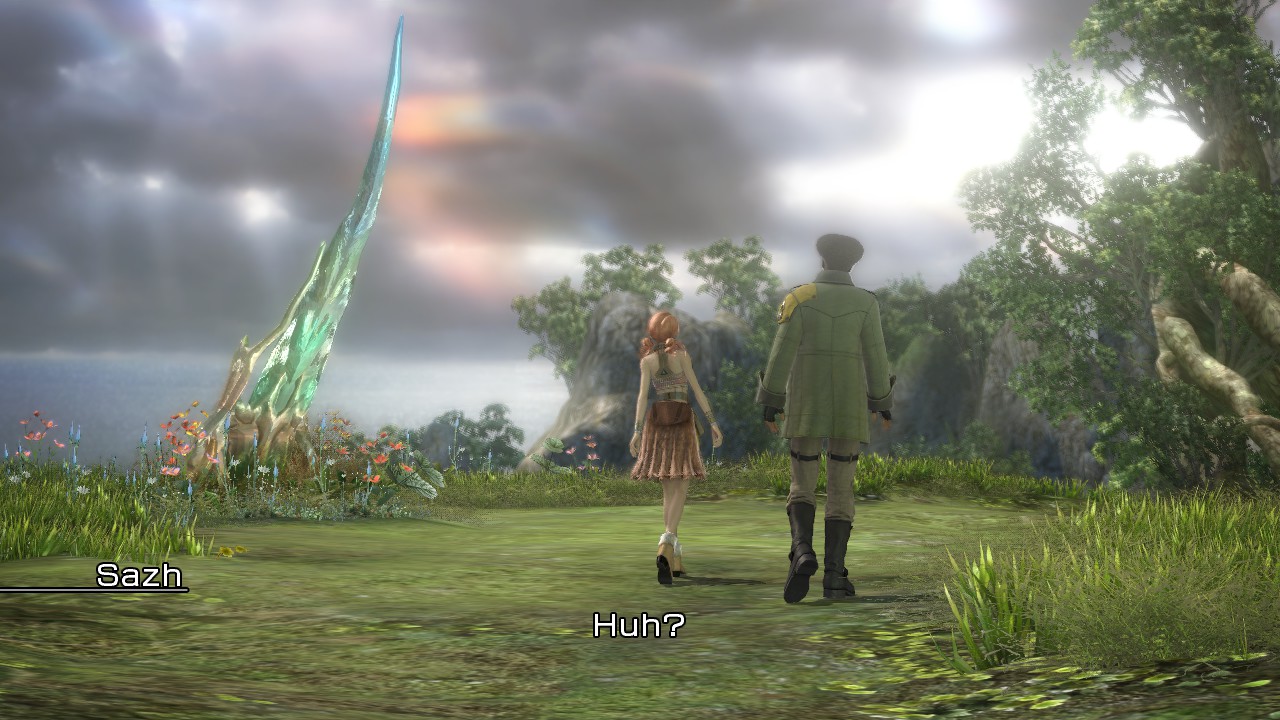 Any review of 13 would be remiss in not discussing the incredibly strange pacing of the later chapters. After 10 straight chapters of gameplay, you find yourself 25 hours in and out into the wild. Ever single side-quest is in this chapter, and they are all numbered. For that matter, they are all the same quest: Kill this specific monster that’s far away from your current location. 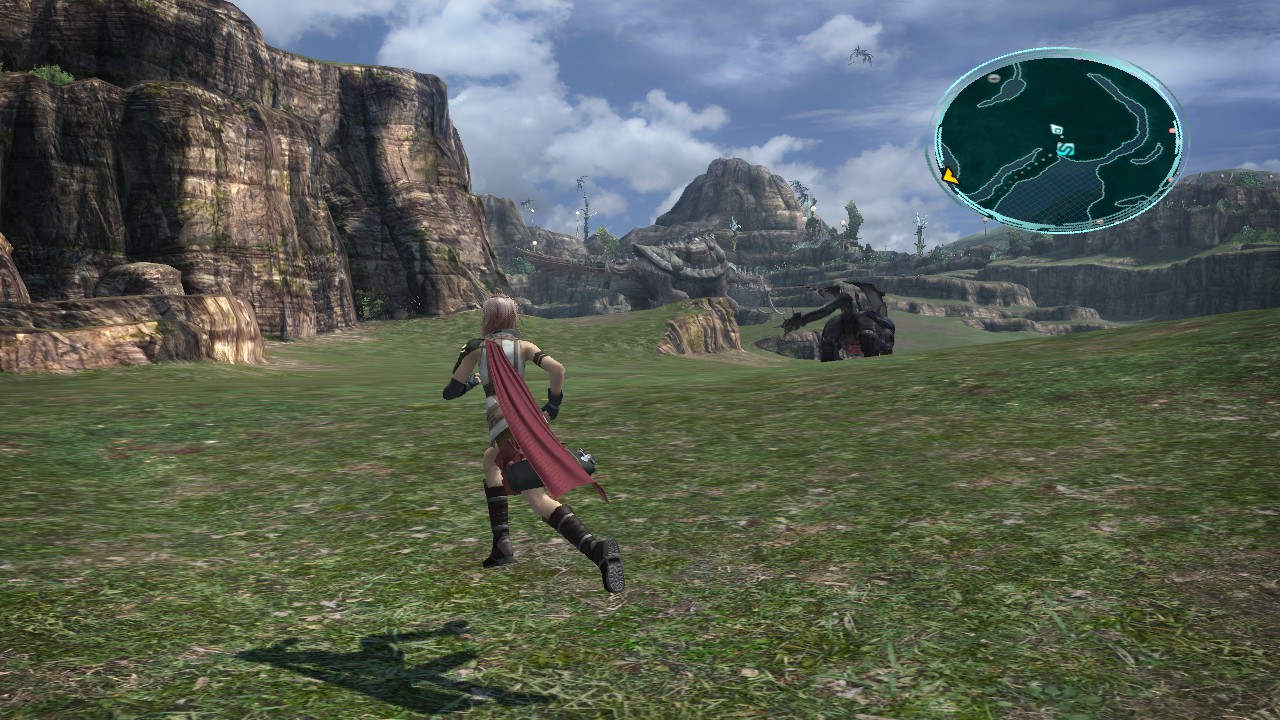 Who then, in their right mind would go on 30 or 40 hours worth of monster killing smack dab at the end of a 30 hour game? 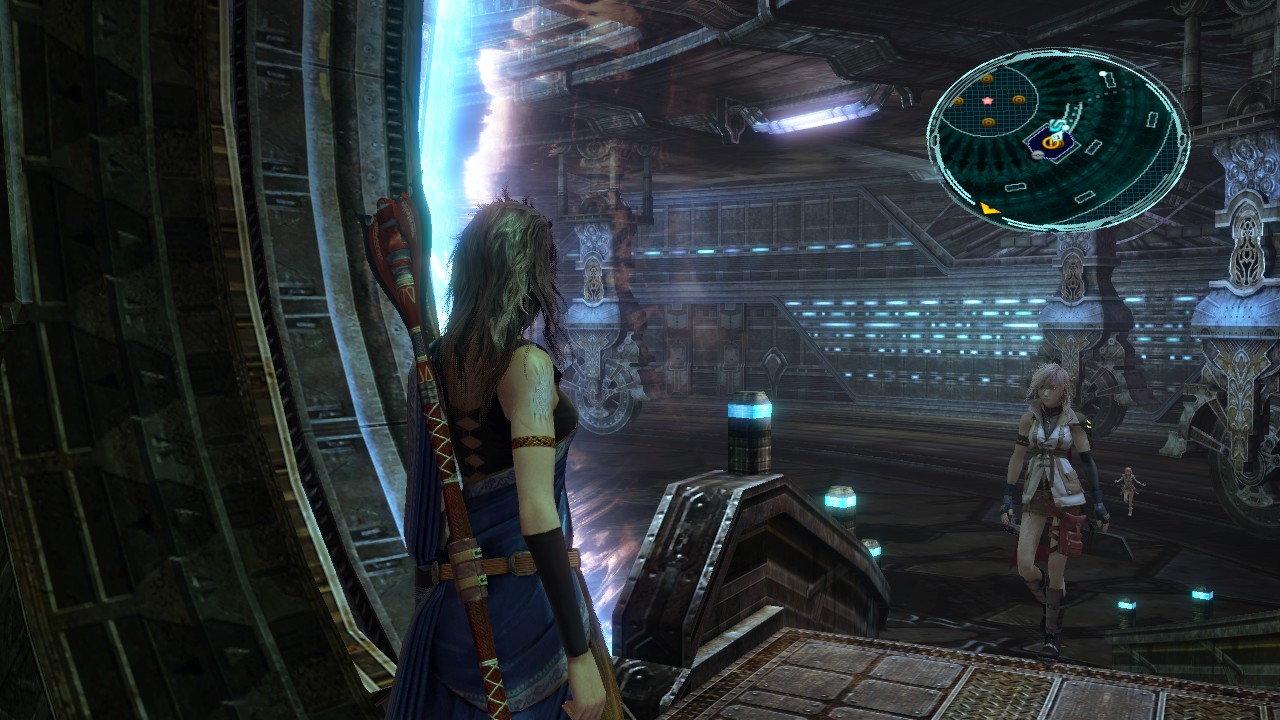 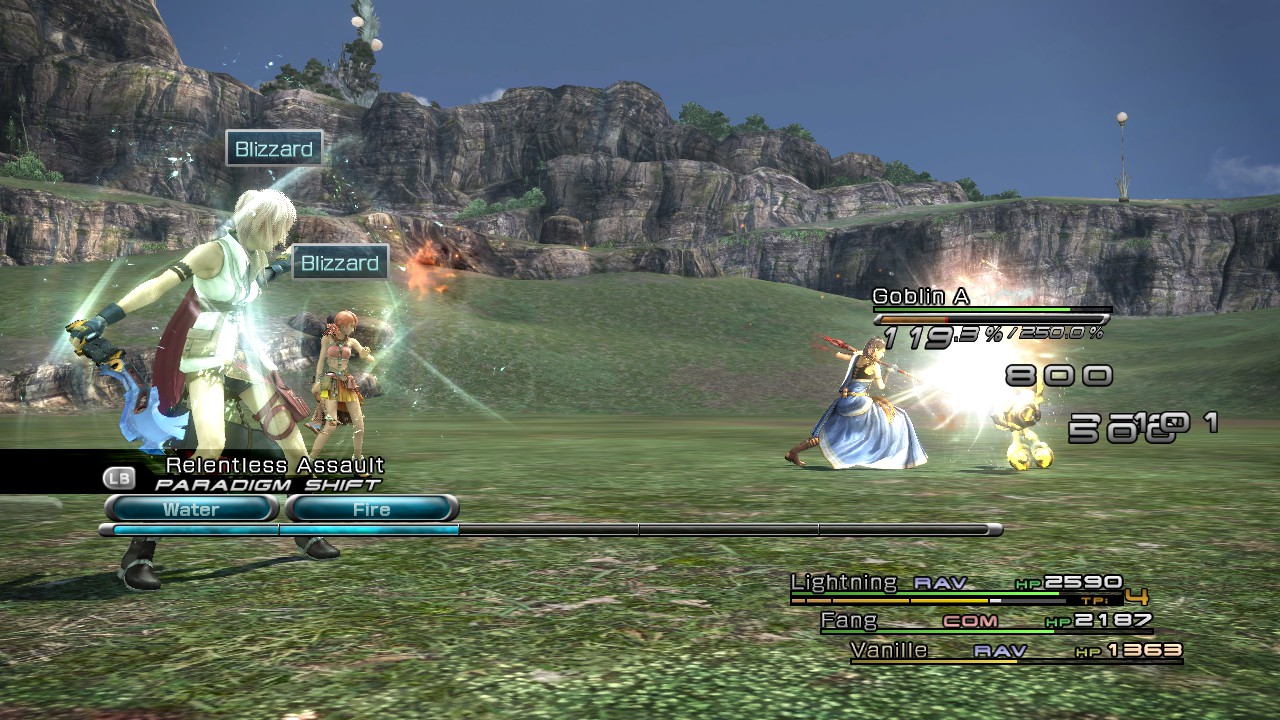 Really, you can almost think of chapter 11 as a wholly different game. Where the first 30 hours of the game has been Final Fantasy, every single side-quest is Monster Hunter. Way to go Capcom, you’ve managed to make so much money Squaresoft is incorporating your game mechanics into Final Fantasy. 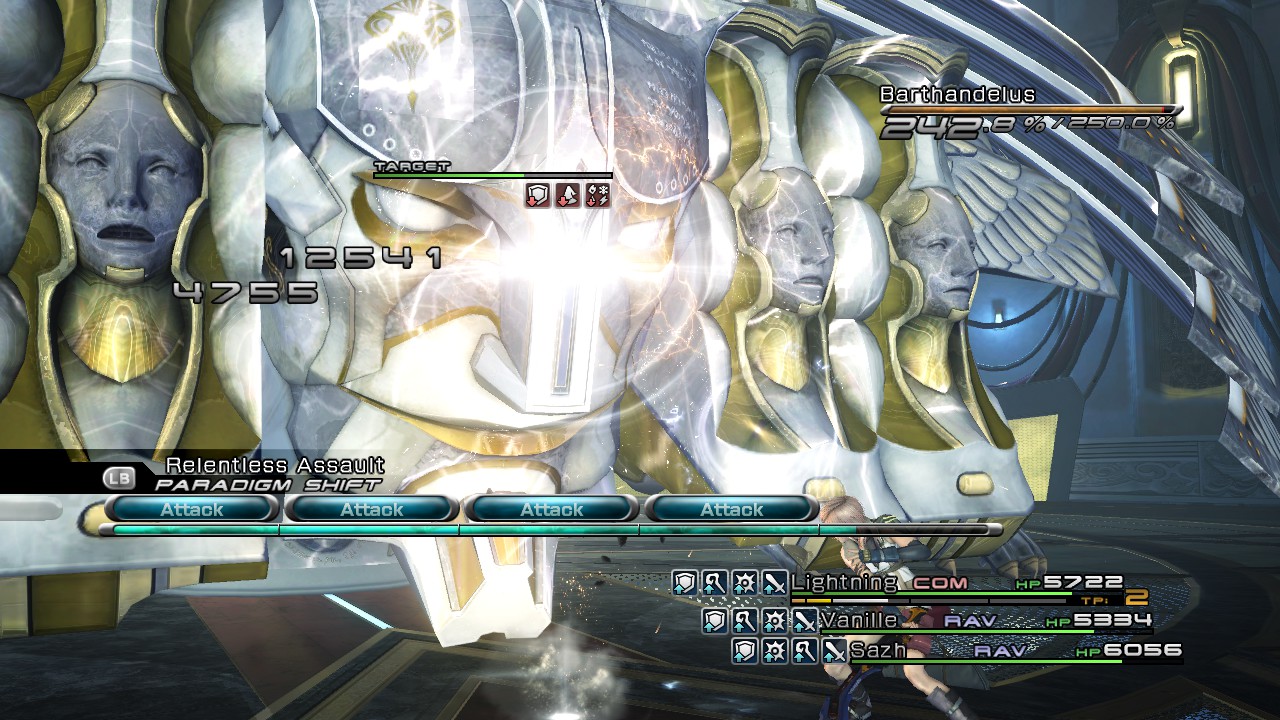 And let’s face it, there’s a lot of money at play here. Final Fantasy is a huge franchise, and the CG alone in 13 cost many millions of dollars to produce. I wouldn’t be surprised to learn it cost more than their failed “Spirits Within’ movie (which cost me an internship when the studio closed all those years ago.) So appealing to the broadest audience possible while somehow keeping true to the semi-hardcore Final Fantasy RPG roots is the tightrope this game had to walk. 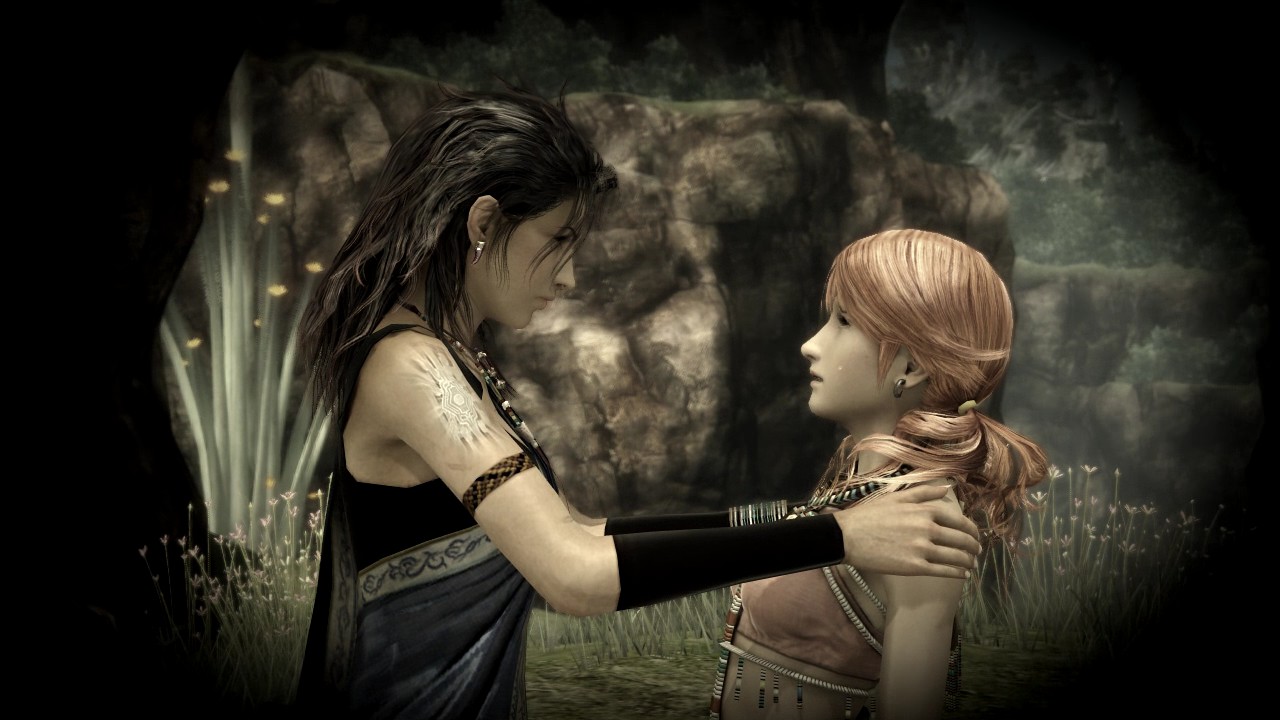 Sure, the first few hours are a button-mashing lawl through the beginner’s section of RPG-lite town. Sure, the pacing is strange and the characters are at times so badly written as to be off putting. Hell, they pull some wild deus ex machina’s out of their collective dungeon master’s guide more than once. It wouldn’t be a Final Fantasy game if they didn’t. And it’s long, so long that there are flashback scenes to other flashback scenes that happened dozens of hours before. It’s meta, and it’s cheesy, and it fits right in with the greats in the series. 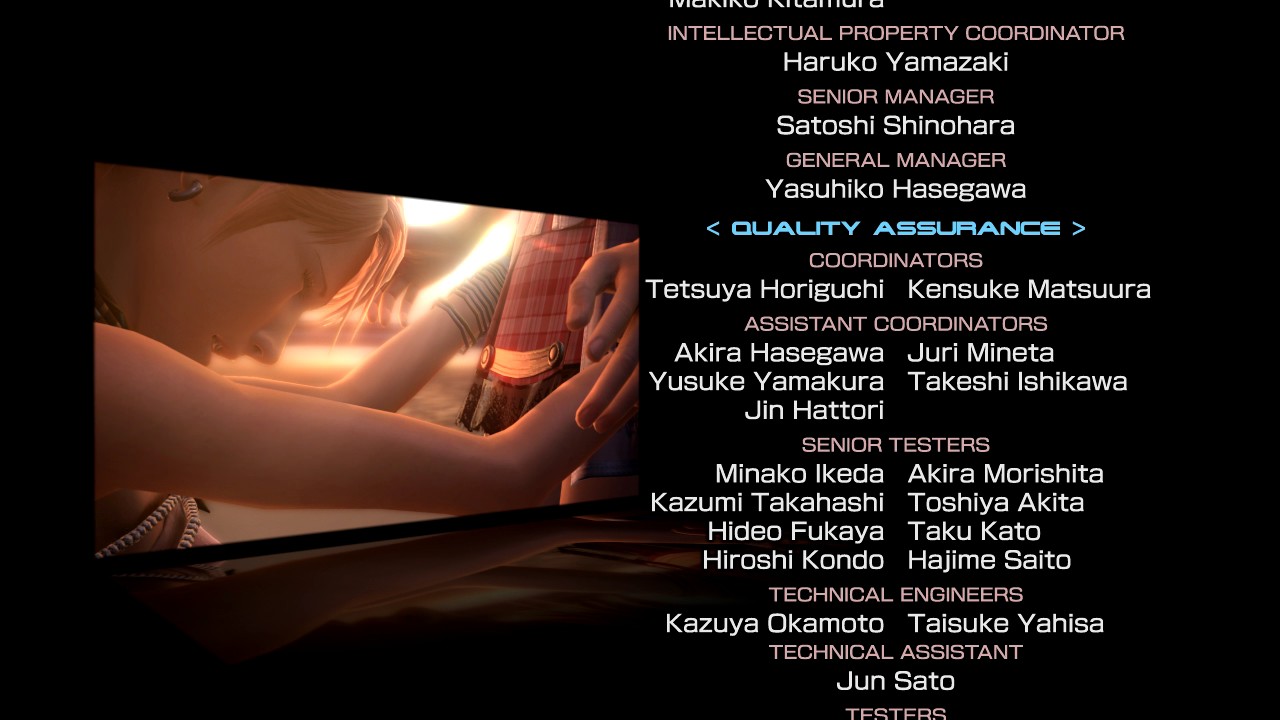 In the end, that’s exactly that FF13 is to me: The epitome of the Final Fantasy experience, good and bad. If you love Final Fantasy and you have some time to kill, it’s the best possible time-waster you can run on your shiny new Surface Pro or Macbook. Even if you’re playing on the PS3 or 360, you’re going to have a good time. Just be prepared for the long haul. I rate FF13 a solid 81/100. It stands as a great entry in the Final Fantasy series, but if you’re coming in fresh there are going to be some serious quirks you’ll have to get used to. 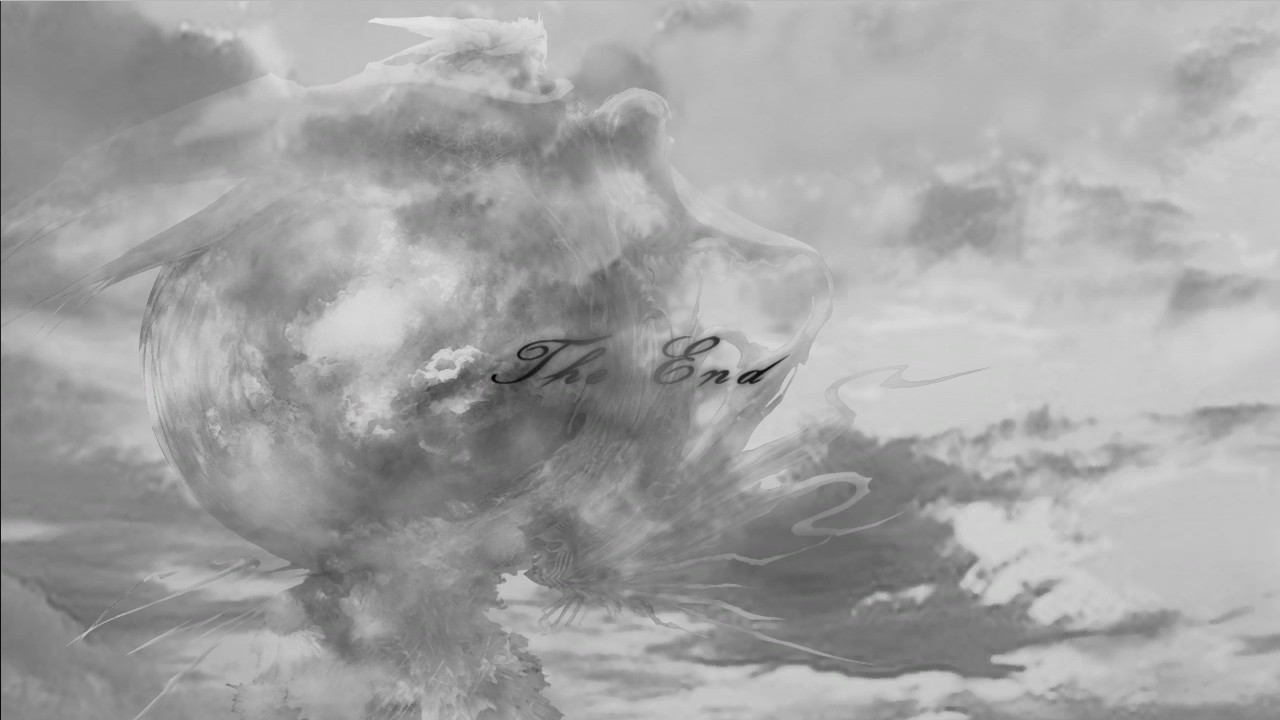