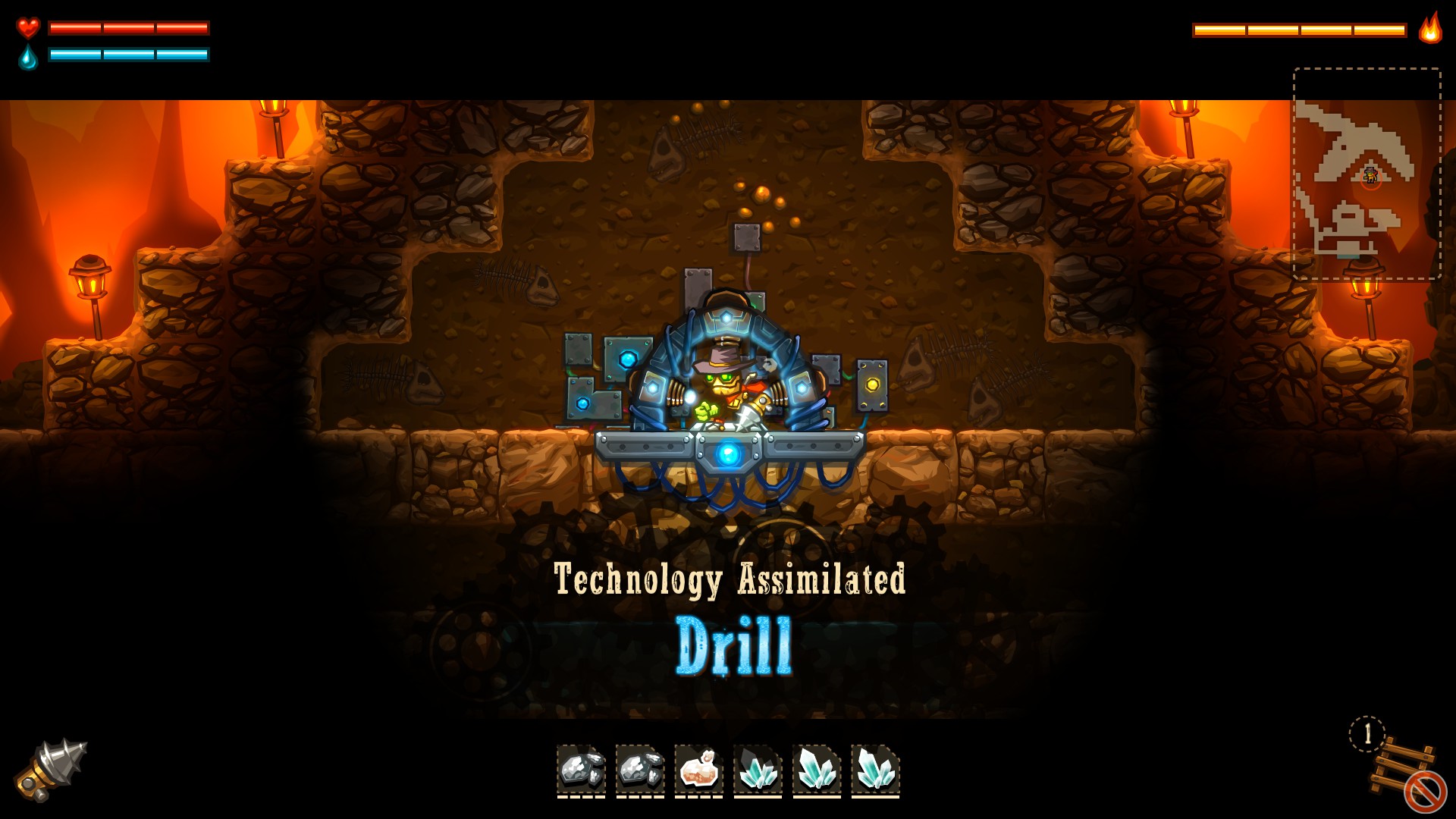 Wishing you had a game to play that filled you with moments of joy? Have a couple bucks? I highly recommend you spend it on Steamworld Dig, which is proof that a game doesn’t need to be long to be memorable. My experience with the game took just over 4 hours.

That’s not to say I played my usual one hour per day. Oh no. From the time I got off work Friday afternoon and loaded up the game to the time I saw the credits roll there was no interruption. Nothing could stop me from finishing this game. 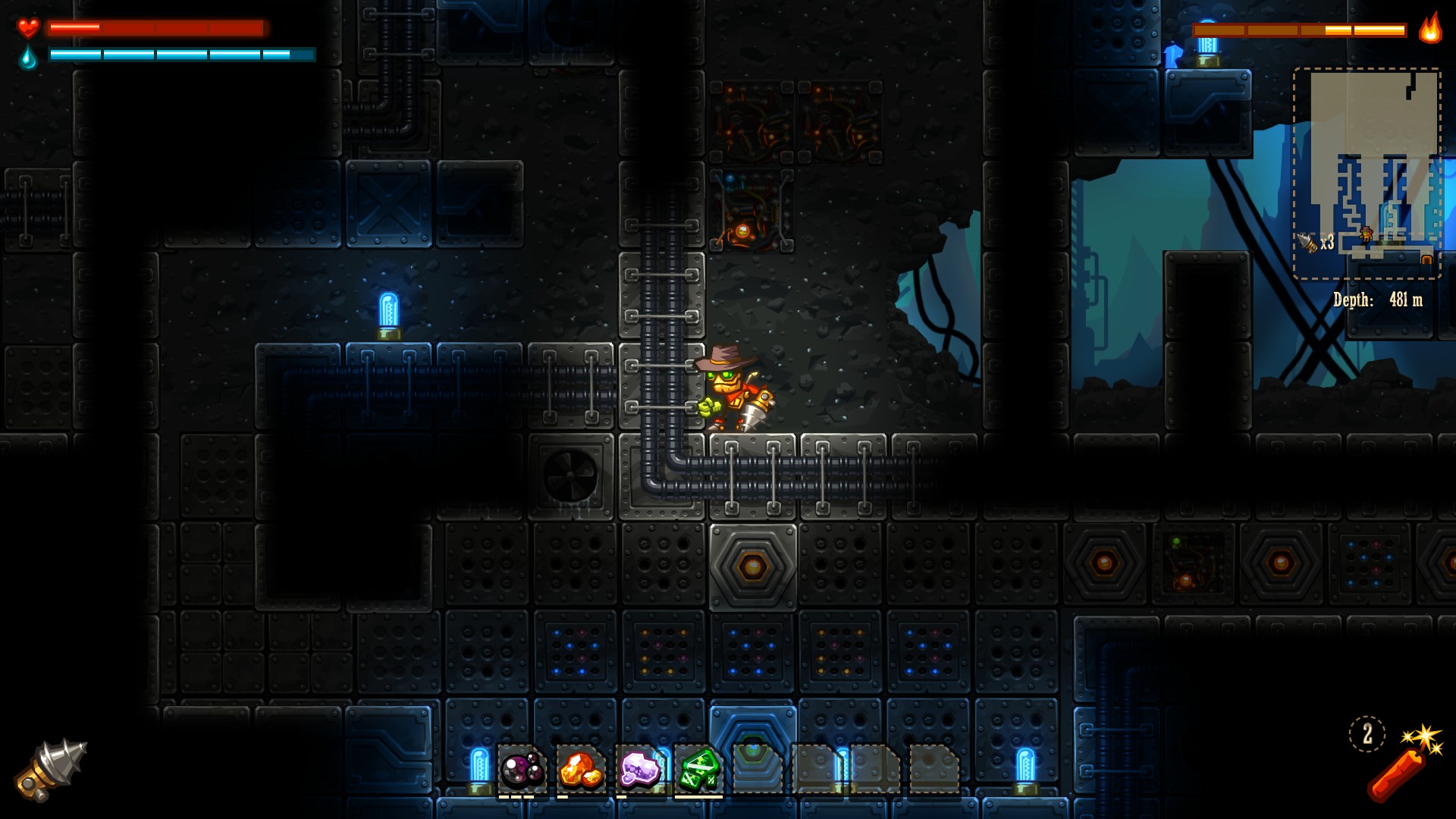 Why was I so entranced? Metroid. I love Metroid, and though folks like to lump together the later Castlevania games with the Metroid series I find them to be distinct variations of a similar formula. Exploration paired with an incomplete set of items needed to fully explore the map. As you progress, you gain new items and abilities that open up new areas of the world for you to explore. Metroid takes this formula as THE formula for making a game. No deviation from the theme is necessary. The later Castlevania games (Symphony of the Night and forward) take this formula and add in an RPG character upgrade strategy, where you gain XP from killing enemies and this in turn upgrades your character stats ala Dungeons and Dragons. 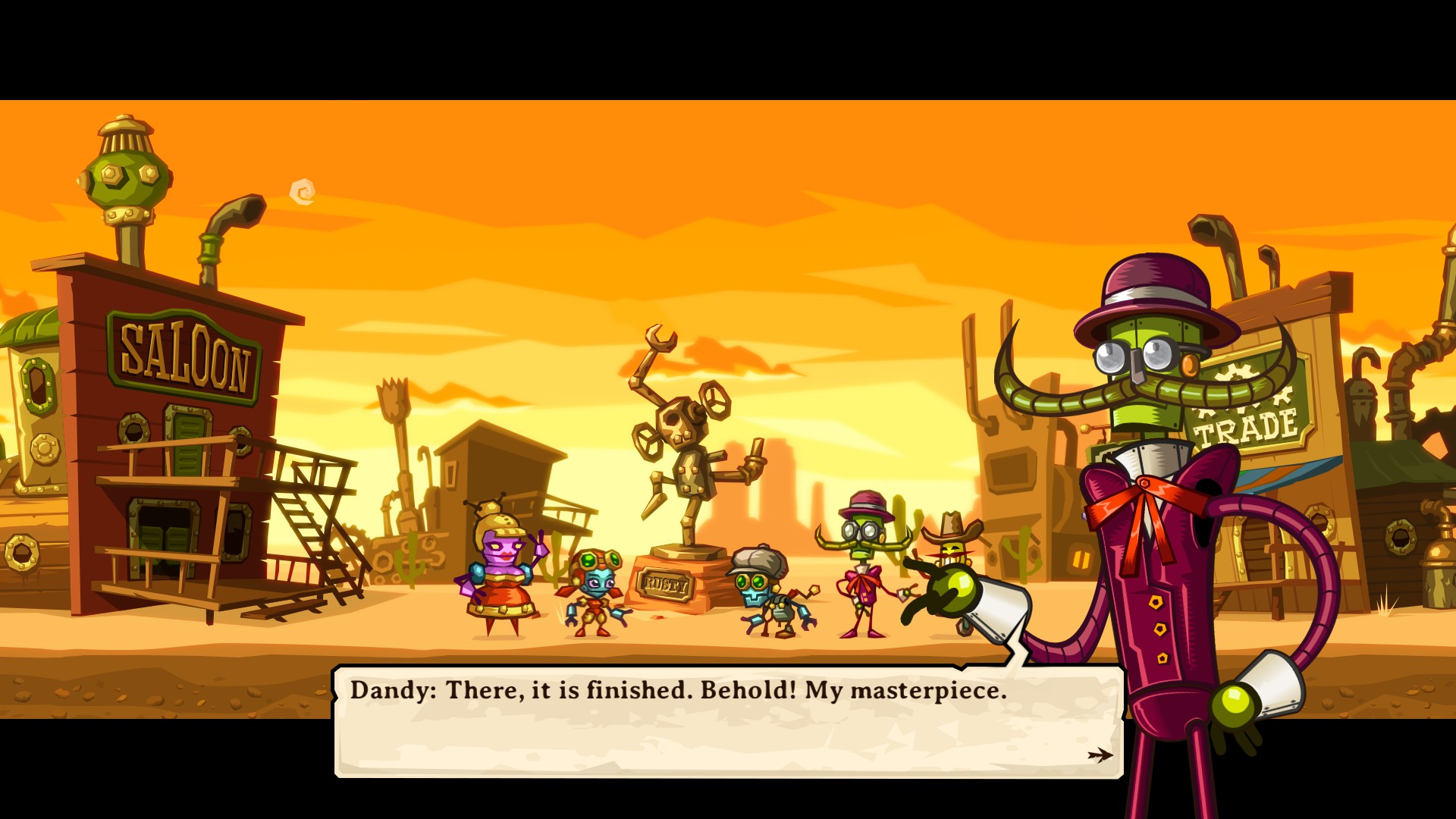 Steamworld Dig is Metroid, not Castlevania. No RPG stats are placed on your character, you get no XP from killing enemies, there is no ‘grinding’ to level up your stats. You can upgrade your armor or weapons, but this is done through exploration, discovery, and commerce. Indeed, many of the same exact gameplay elements are at play, right down to the power-ups. Double-jump with electric (think, spin) attack, breaking through progressively more difficult barriers, an upgrade to fire your weapon continuously. 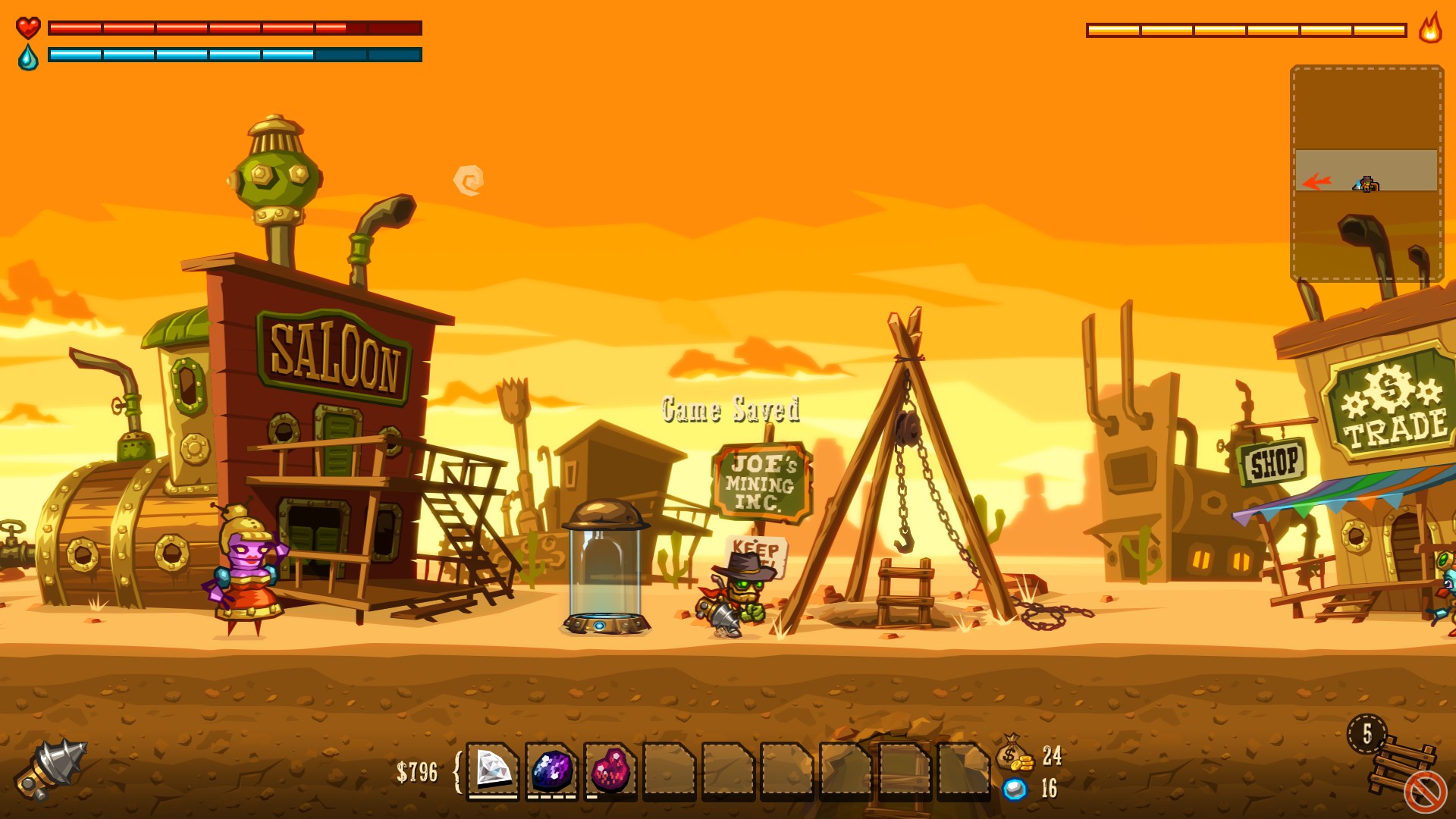 Where SD distinguishes itself, and where the “Dig” in Steamworld Dig comes from, is the main exploration mechanic. Rather than having the world be open, it’s all covered in a millennium’s worth of dirt that you must dig through. This mechanic (reminiscent of Dig-Dig) is so enjoyable as to be mesmerizing at times. Upgrade your weapons to dig through harder materials to reach new depths and more difficult enemies (and fabulous prizes!) Anyone who’s spent a great deal of time playing Minecraft or Terraria will know what I’m talking about.

The graphics are crisp and spot-on. I played it on Steam, though the 3ds version looks just as great in person. The sound effects are minimal and well played, while the score is understated but well put together. Nothing to complain about, and with the steampunk/cartoon/retro-esque vibe it’ll look and sound just as fresh in 10 year 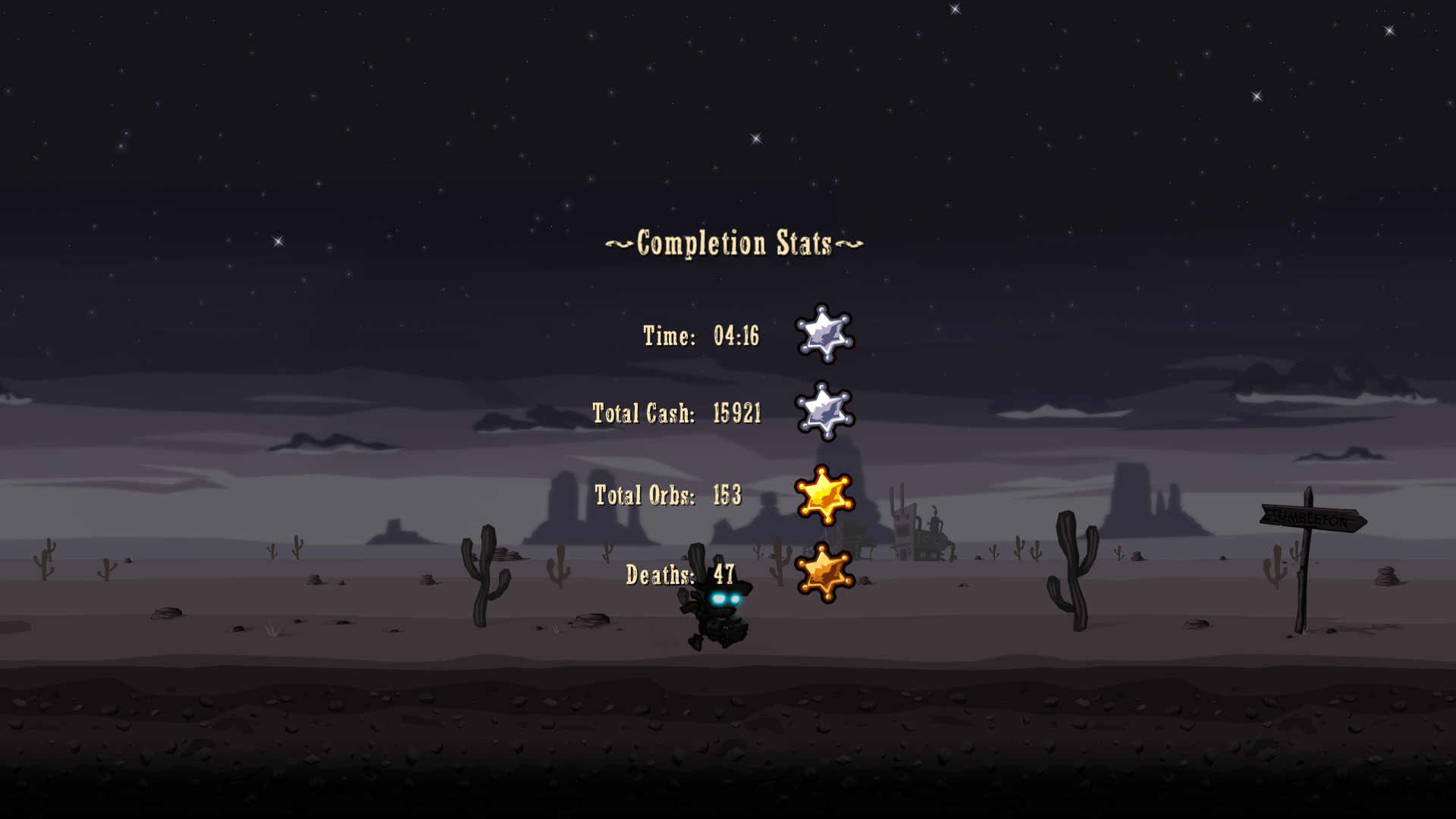 In the end, I just couldn’t stop playing Steamworld Dig. It reminded me very much of my experience watching “Guardians of the Galaxy.” Absolute joy in the world I had been immersed in, sadness that it was over, but satisfaction that it was never too long or boring. A polished hit from start to finish than anyone can enjoy. I rate Steamworld Dig a 92/100, an instant classic.