I first played through Ocarina of Time about a year and a half after it’s release. It was the spring of 2000, and I had purchased an N64 on eBay during my first year of college. I was enthralled. So was my girlfriend at the time. My grades surely suffered, but it was worth it. This was the greatest game of all time, an experience unrivaled. I held it on that pedestal for over a decade. A year later when Majora’s Mask was released, I couldn’t bring myself to play it. It just couldn’t hold up to Ocarina. 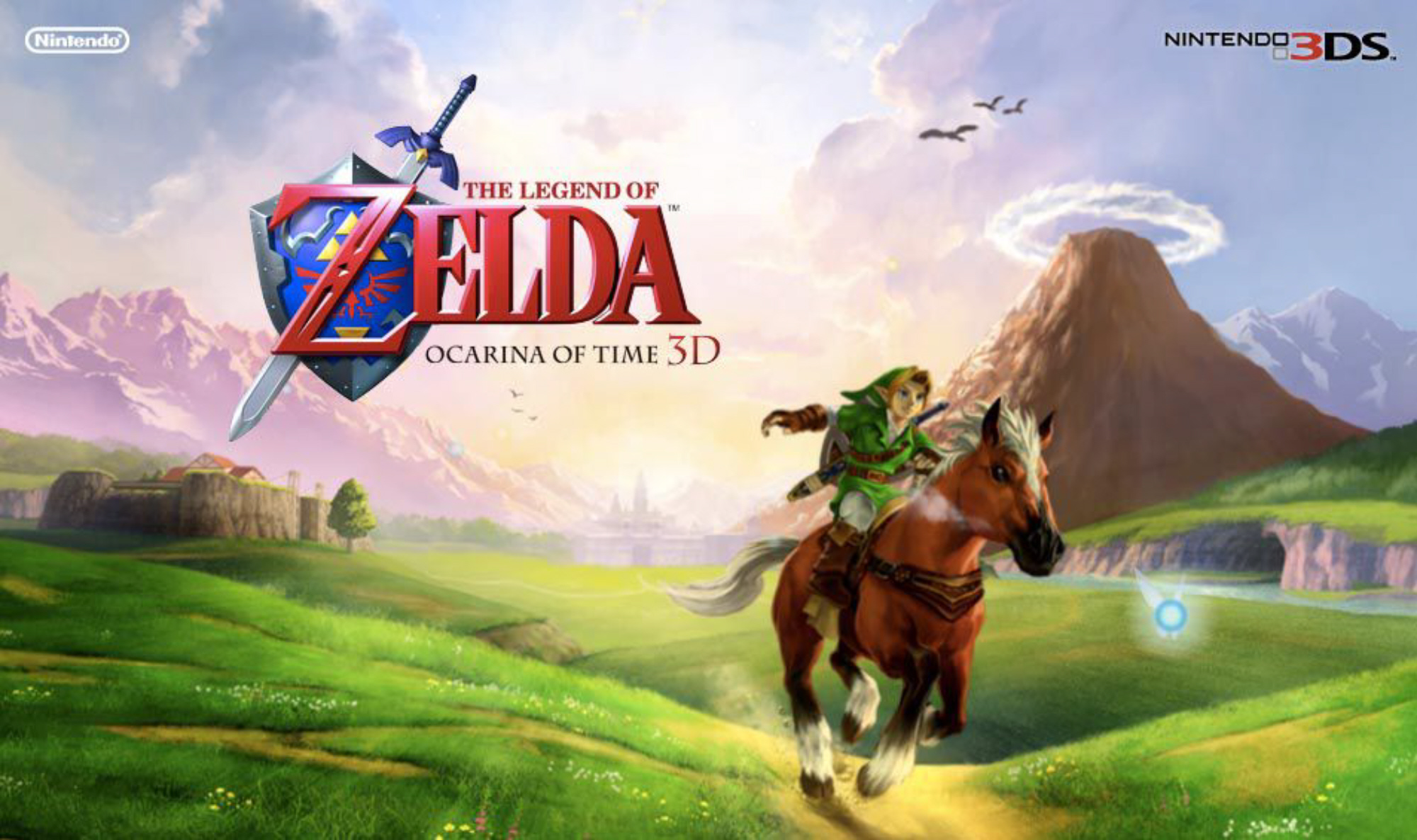 Eleven years later I picked up Ocarina of Time for the newly released 3DS. That girlfriend who loved Zelda had become my wife many years prior. Life had happened, in a big way, and everything was different. Would Ocarina hold up after 11 years of game consoles and 3d graphical improvements? I couldn’t bring myself to find out. So, as with all things procrastinating, it sat. Here was an adventure unattended on a shelf while I played Monkey Ball, Mario 3D Land and the rest of the launch titles. Eventually I sold it with my original 3DS, bought a 3DS XL a couple of years later, and hadn’t thought about Ocarina of Time 3D since 2011. Then something unexpected happened: Nintendo announced Majora’s Mask would be remade for the 3DS as well. Here was a chance to find out if a sequel could be as good as the original.

That’s when it struck me, at this point I had no idea how good Ocarina was. Tens of thousands of gaming hours had dulled the memories Ocarina had implanted. The pedestal was empty, the emperor had no clothes, and I had nothing to compare Majora to when it gets released. It was finally time to re-play Ocarina.

Did it hold up? You bet your ass it did. 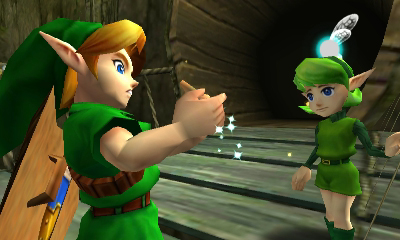 I picked up Ocarina for 40$ new (the price of used copies being similar), the same price I had purchased it for in 2011, and 1999. This is a game that holds it’s value, both monetarily and emotionally. From the first moments you find yourself in the forest looking for a sword I was hooked (hookshotted?) This is a game that values exploration and time spent absorbing the game world. For two hours a day I found myself slowly traversing the first half of the game. 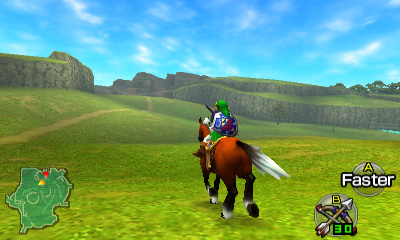 Something funny happened around the halfway mark. I couldn’t just play 2 hours. I was so entrenched within the game world I found myself playing for five or six hours on end. One in the morning play sessions would be separated by a brief sleep and resume with six AM boss battles. Yesterday, the last day of my quest, I played for 8 hours straight. That’s something that hasn’t happened in a long time, and for it to occur on a handheld system is a singular occurance! My neck was sore and my thumbs were tired but there I sat, triumphant. This is an adventure that holds up.

The graphics have been improved slightly on the 3DS, though nothing jumps out at me as you couldn’t do with an emulator patch nowadays. Despite what Brentalfloss says in his new Ocarina lyrics video, the textures hold up well for a game of this age. The soundtrack is just as good as it ever was, swaying easily from upbeat songs to powerful boss battle hymns. All in all I spent around 30 hours replaying Ocarina, and they were well spent. I rate Ocarina of Time 3D a 97/100, truly excellent and an experience you won’t regret.

I suppose I’m on Dave’s side with this one: