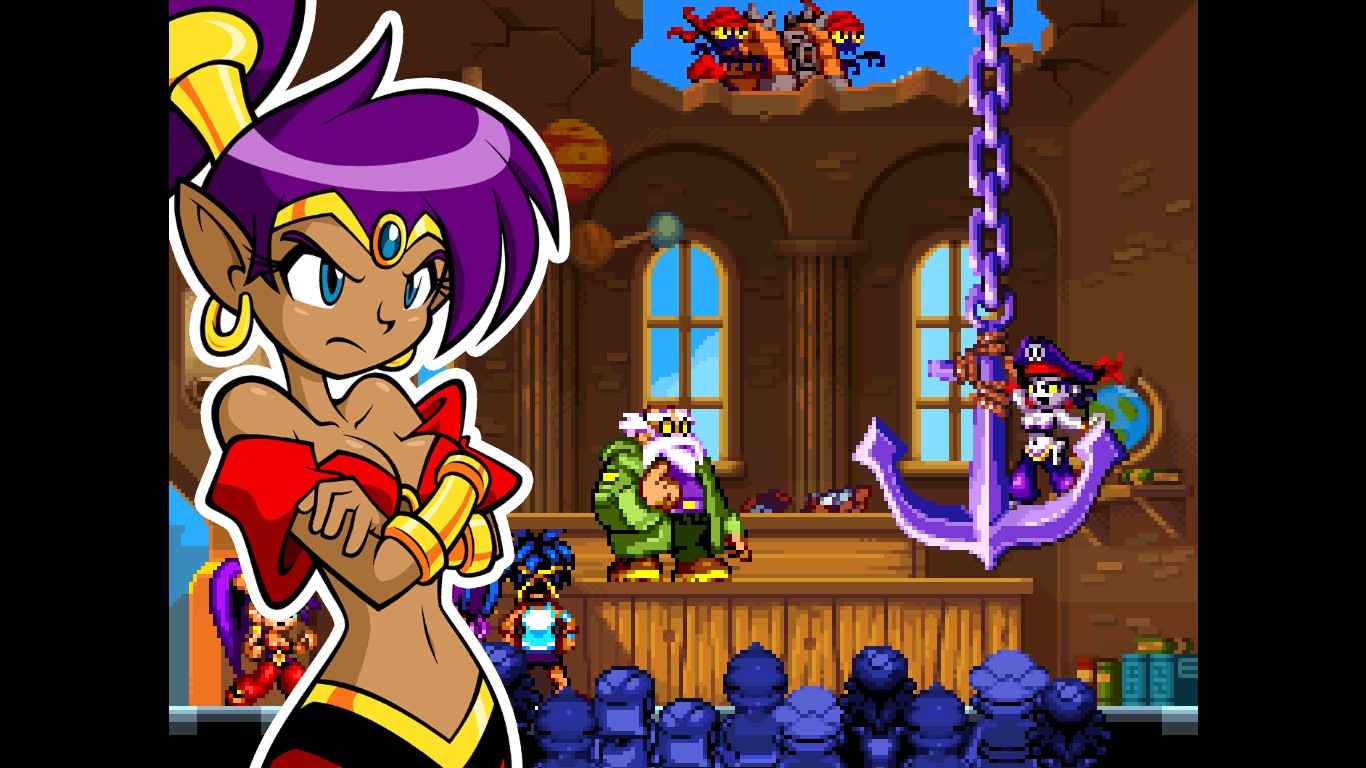 Shantae: Risky’s Revenge is a bit of an aberration. Oh no, it’s not a bad game, not at all. It’s a great game. It improves upon the original in many ways. And yet, I rate it slightly below the original. It’s the rare case of an excellent sequal to an excellent game being somehow better and yet worse than the original.

The original Shantae was a terrific (if a bit backtracky) metroid-vania for the Game Boy Color. It was a technical feat and a stand-out on the now ancient handheld. It presented us with a colorful and unique cast of characters in an interesting world. Risky’s Revenge brings all of that back to the sequel. It’s well drawn, the sprites are colorful, and the gameplay is oh so tight. Excellent controls are a highlight of the series and Risky’s Revenge delights with classic platforming sections and even a side-scrolling shooter throwback. 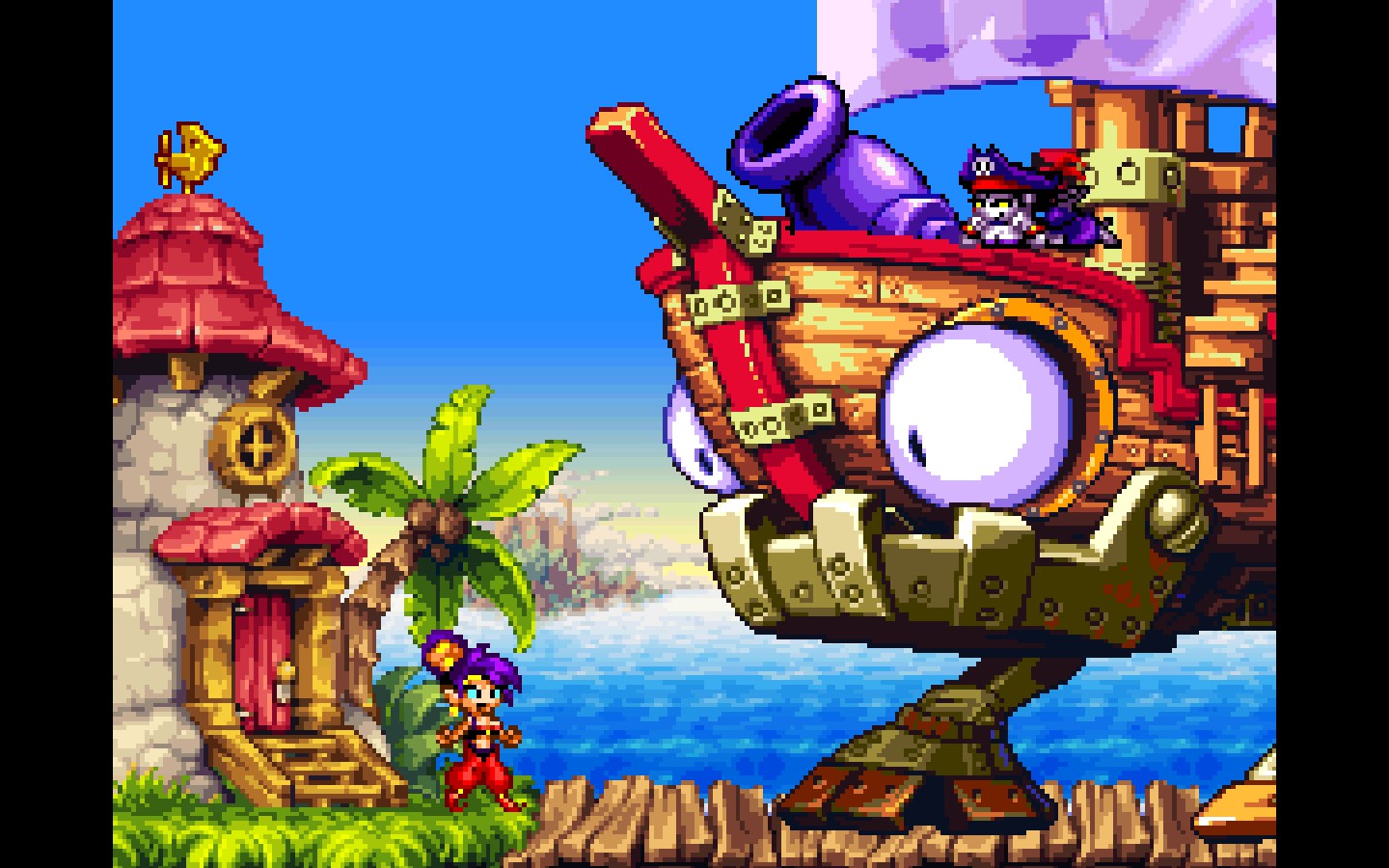 And then it’s over. There’s nothing wrong with a four hour game, especially one of this caliber. It just doesn’t feel as fleshed out as the original. The plot is similar, but you end up getting fewer dance transformations, and there are fewer collectibles. There’s only one real town as compared to the multiple towns in the original, leaving the game world feeling a bit smaller for it. 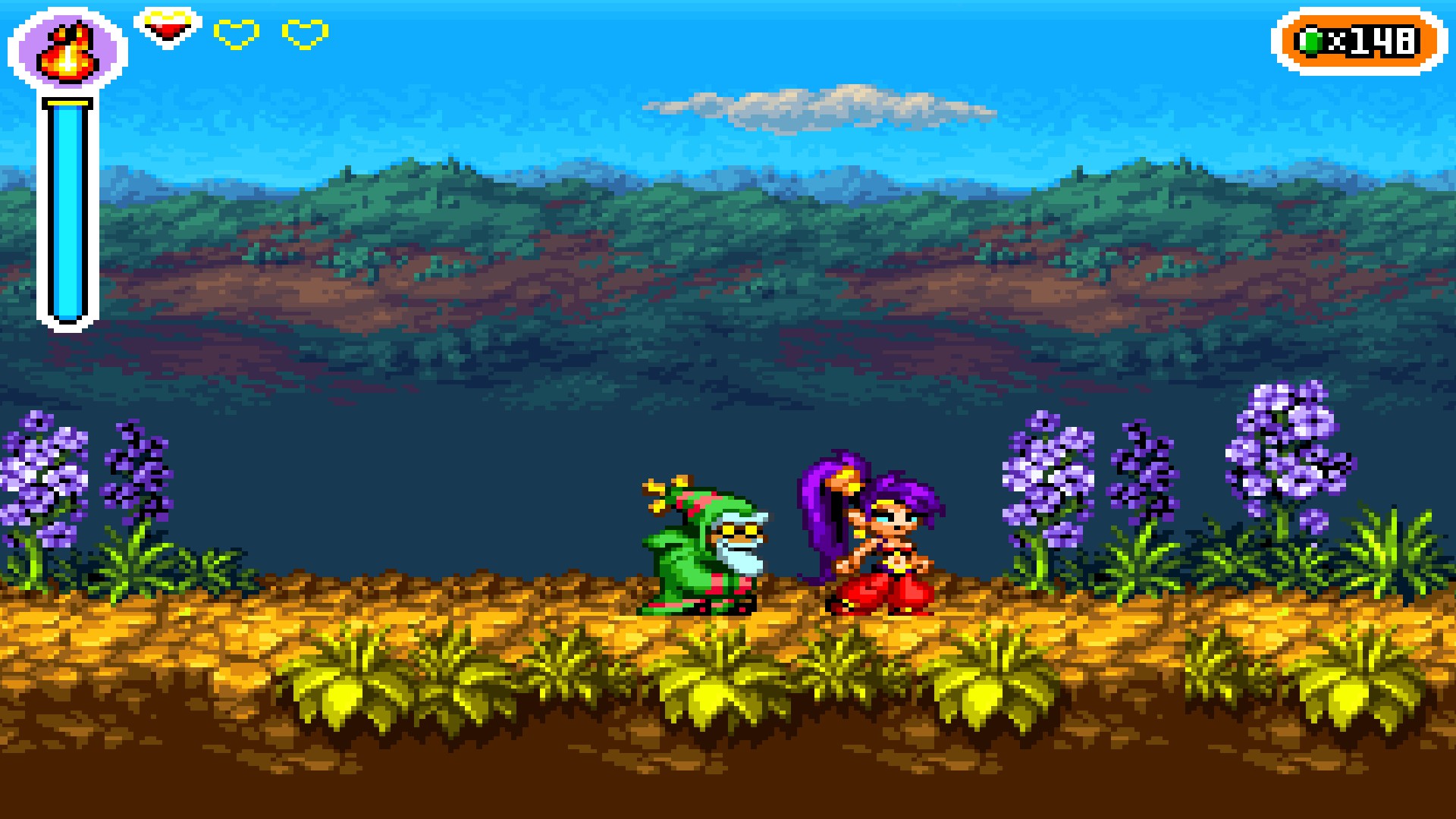 Thankfully, there is also less backtracking than in the original. Risky’s Revenge immediately gives you access to warp points without gating them behind collectible quests, and the game is better for it. In fact, every aspect of the game has been tightened up in some way. The transformation mechanics are simpler, the world is easier to traverse, the enemies are more colorful. It’s an excellent game… it’s just shorter than I’d hoped. 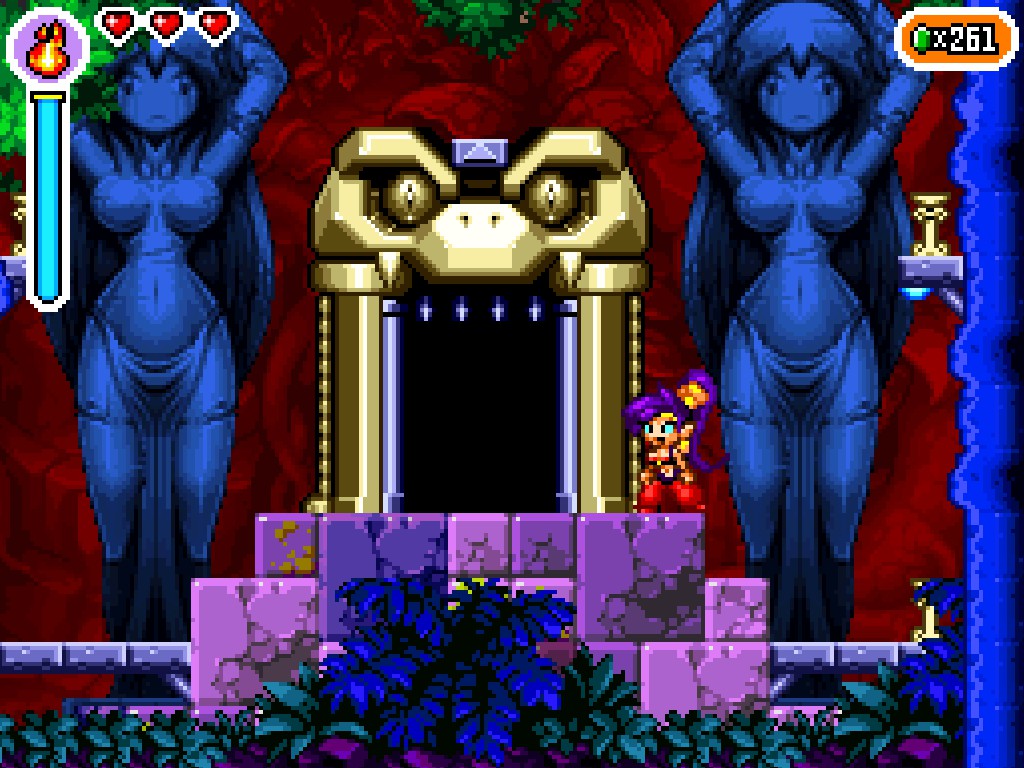 Ricky’s Revenge is four hours of fun. It is filled with tight platforming, a fun and irreverent sense of humor and classic visuals. An easy recommendation at 10$, I give the second in the Shantae trilogy a 88/100. An excellent platforming adventure that’s just a little short.